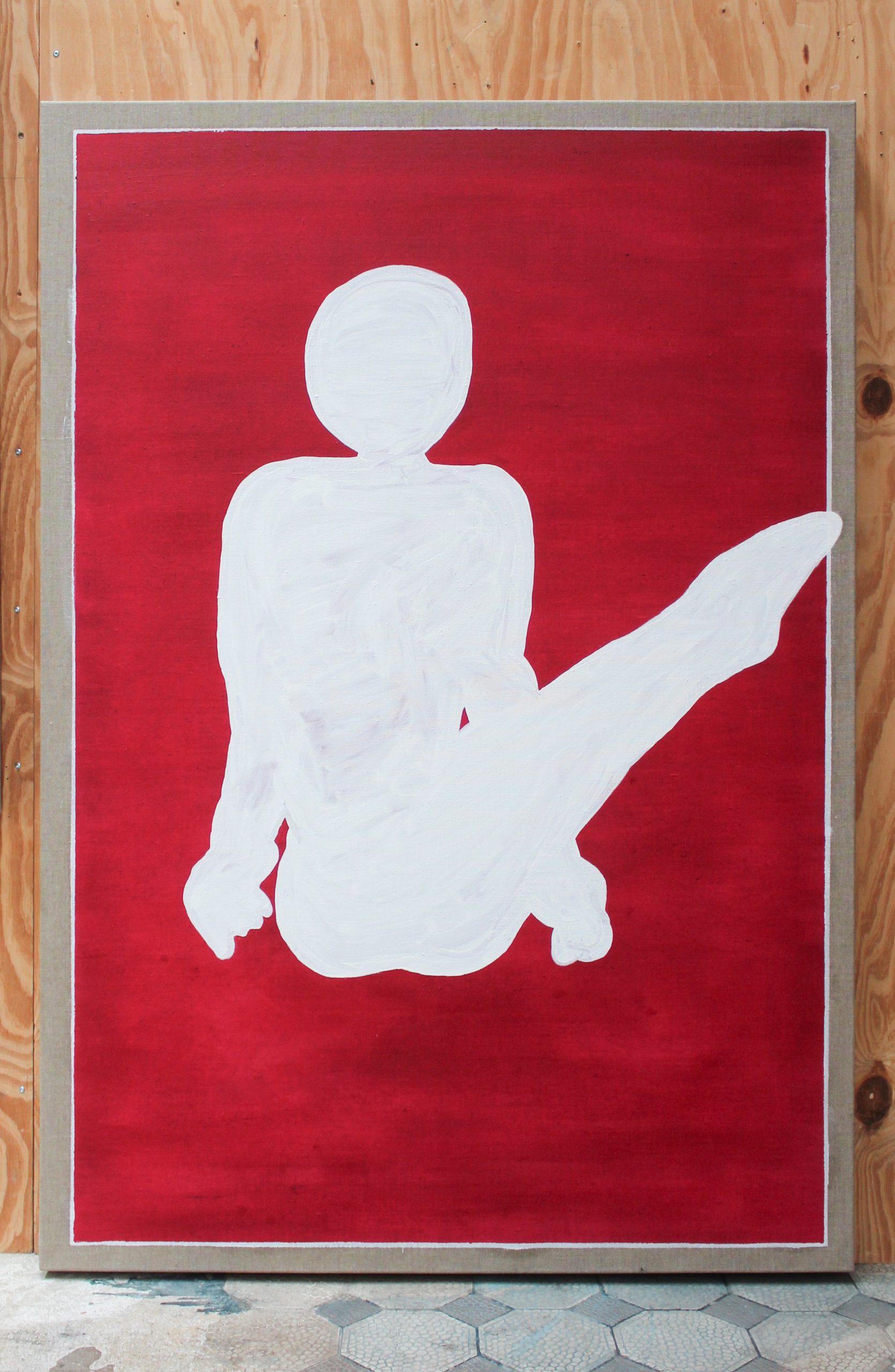 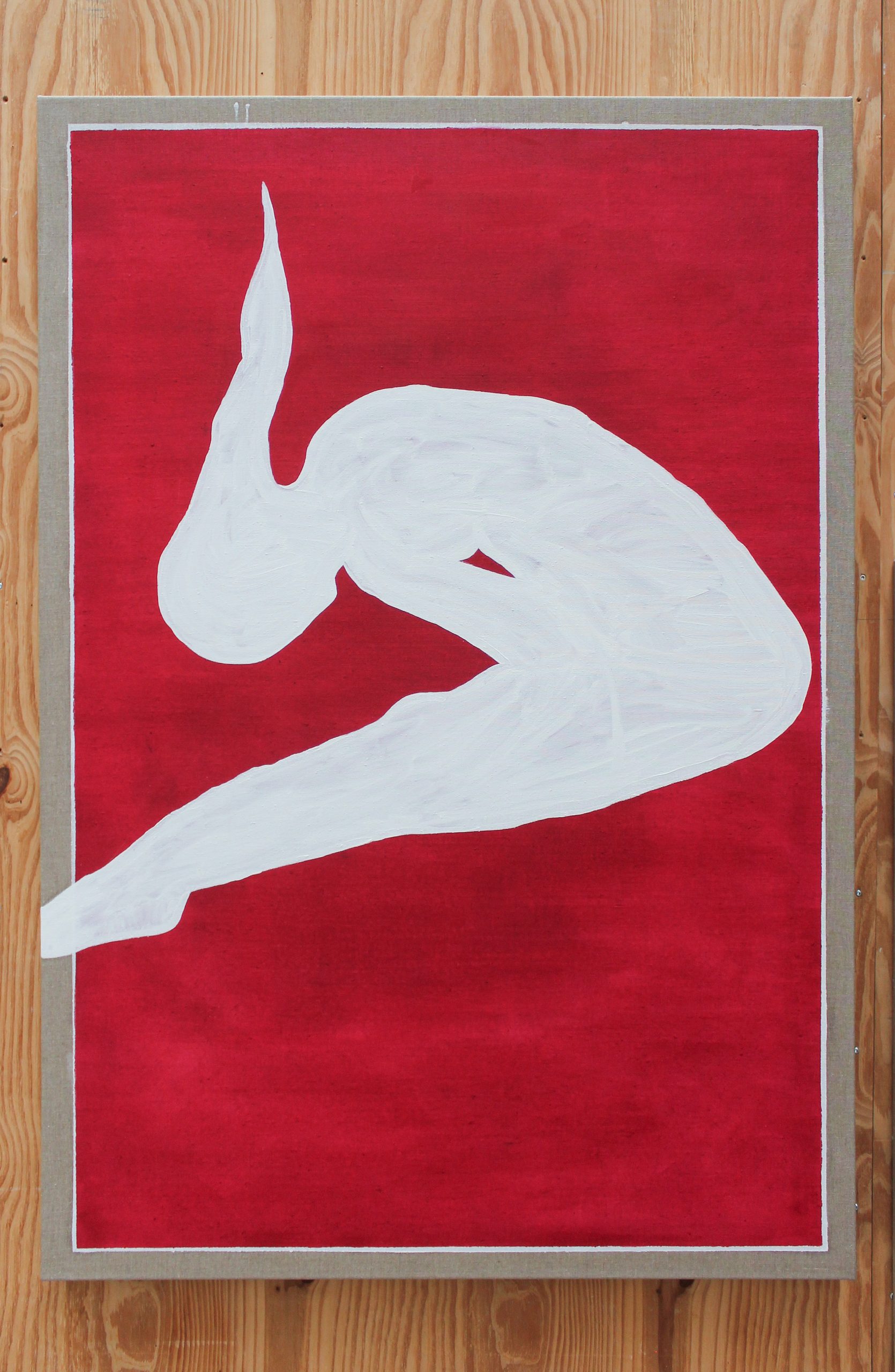 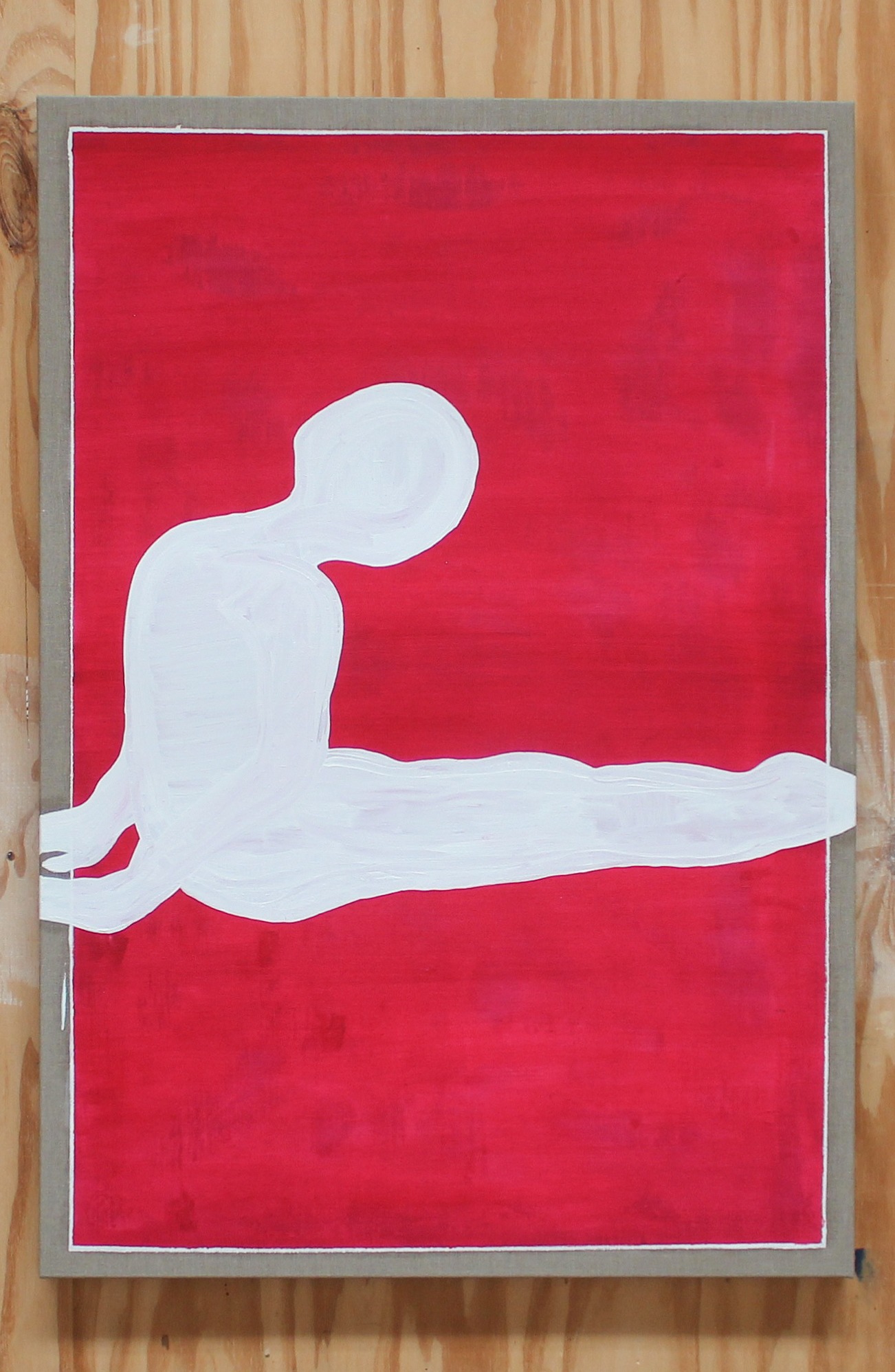 The project starts in 2020 under the name “Acrobatic Painting” during a residency in Germany.
Here, a formal research on the observation of acrobats, gymnasts and athletes is transposed to a series of paintings.
It is inspired by listening to music during the entire lockdown. Several album covers feature such human figures in absurd positions which are chosen as models for visual study.

Or as a comment randomly found on a large video platform would say: "it reminds me of an innocent and happy village idiot on a beautiful summer day, walking in the sun, climbing peach trees, and walking to the river for swimming and fishing."

The “Doppelgänger” project (or “Acrobatic Painting II”) is the natural continuation of this, to be developed throughout this year. The title plays with the notions of duality, mimicry, synonymy, twinning and look-alike. Here, it is always a matter of careful observation of human persons and banal objects apparently unrelated to each other, but always first reproduced in a sketchbook, then inventoried in the form of typewritten lists, before finally being painted on canvas.

The research consists in finding similarities between two figures, even if they may be very distant at first glance. Then to repeat the process with two others, weaving links that are sometimes subtle, sometimes obvious, sometimes purely arbitrary, thus establishing a sort of fictitious scenario where these figures would rub shoulders over the course of a given project. The finality of the work is the absurd but possible establishment of a cartography through whole Europe in which these figures and artifacts come to life, in an installation mixing paintings of black and white characters and objects on a plain background, collected objects, text recited in movement by performers to music and in a space that is interior as well as exterior, institutional as well as artist-run.