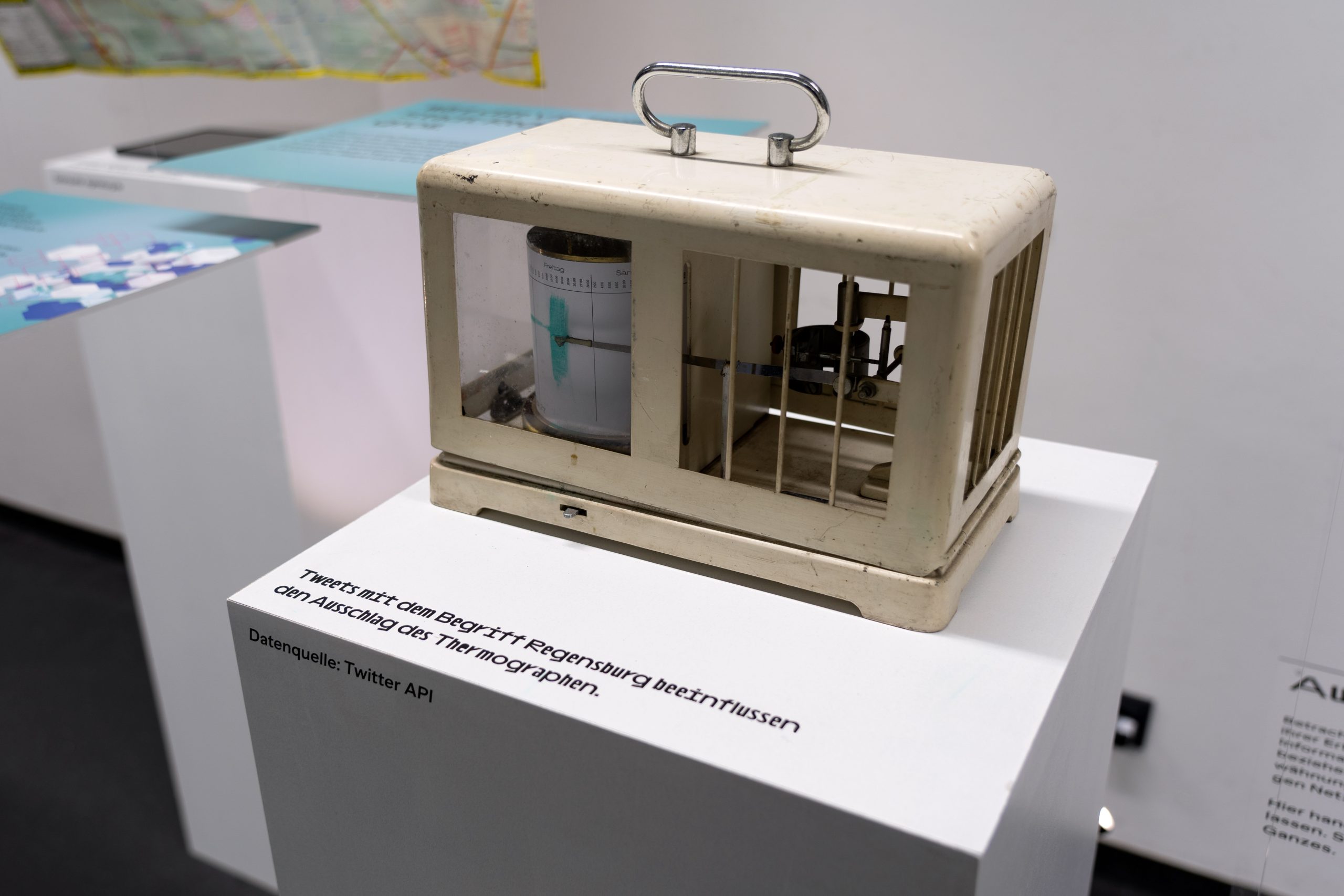 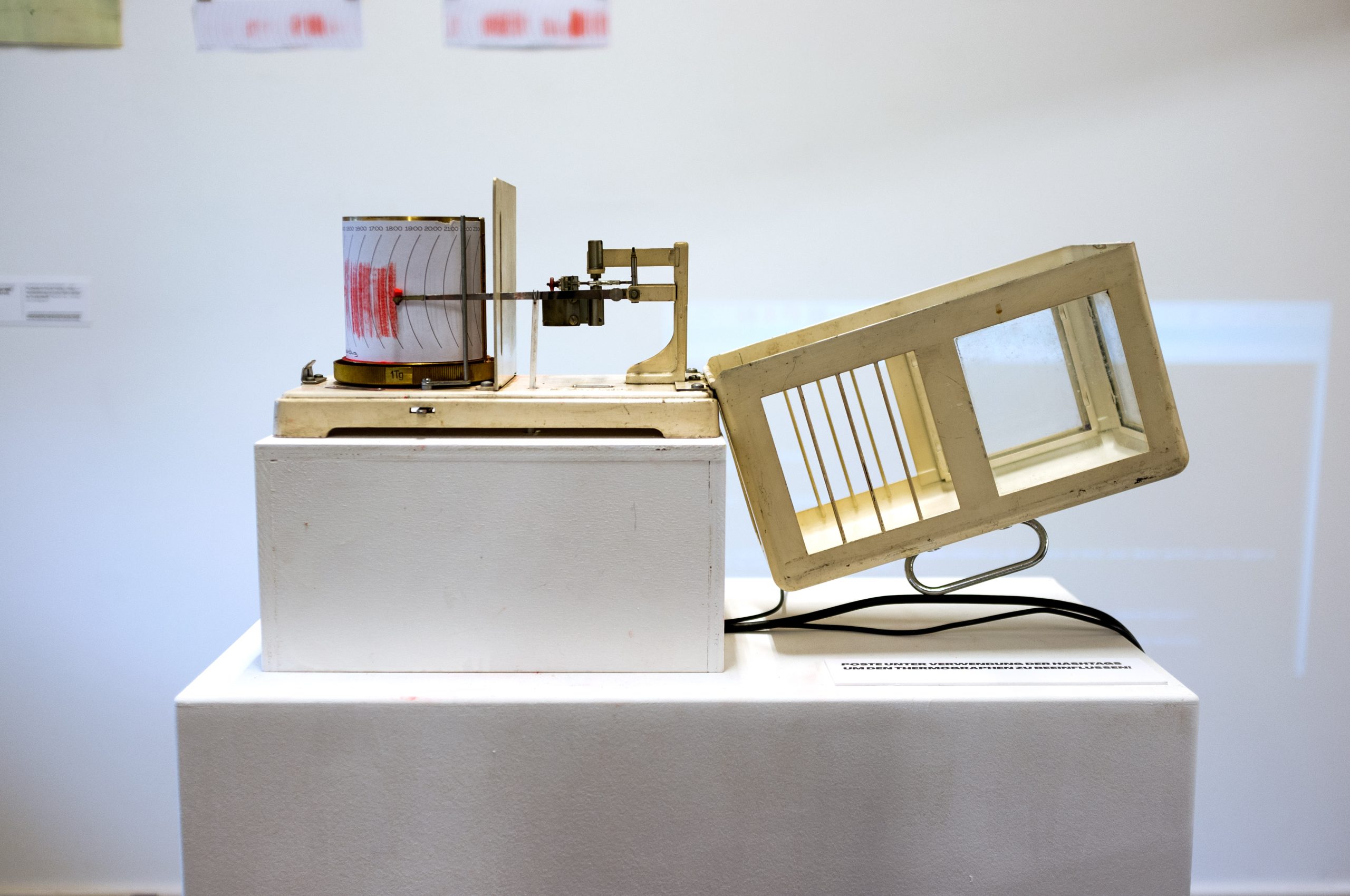 How do we perceive urban data that is interacting with our physical cities? These data streams exist independently from their origin apps and form the digital portion of our cities – the virtual city. As we can hardly look into the blackbox of data sets in urban contexts and data per se is shape less, they have to be decoded into information first. The information then can be transformed into tangible translations.

The old thermograph is manipulated and digitally amplified so that it shows live twitter data. When a tweet with a particular word (in this case the citiy's name "Regensburg") is posted a few seconds later the needle of the thermograph deflects. For a little moment it makes the relevance of the city in social media audible and visible.
Der alte Thermograph kommuniziert also sowohl auditiv als auch visuell,

The installation tells a story about old and known urban concerns intertwined with new structures: the hybrid city.