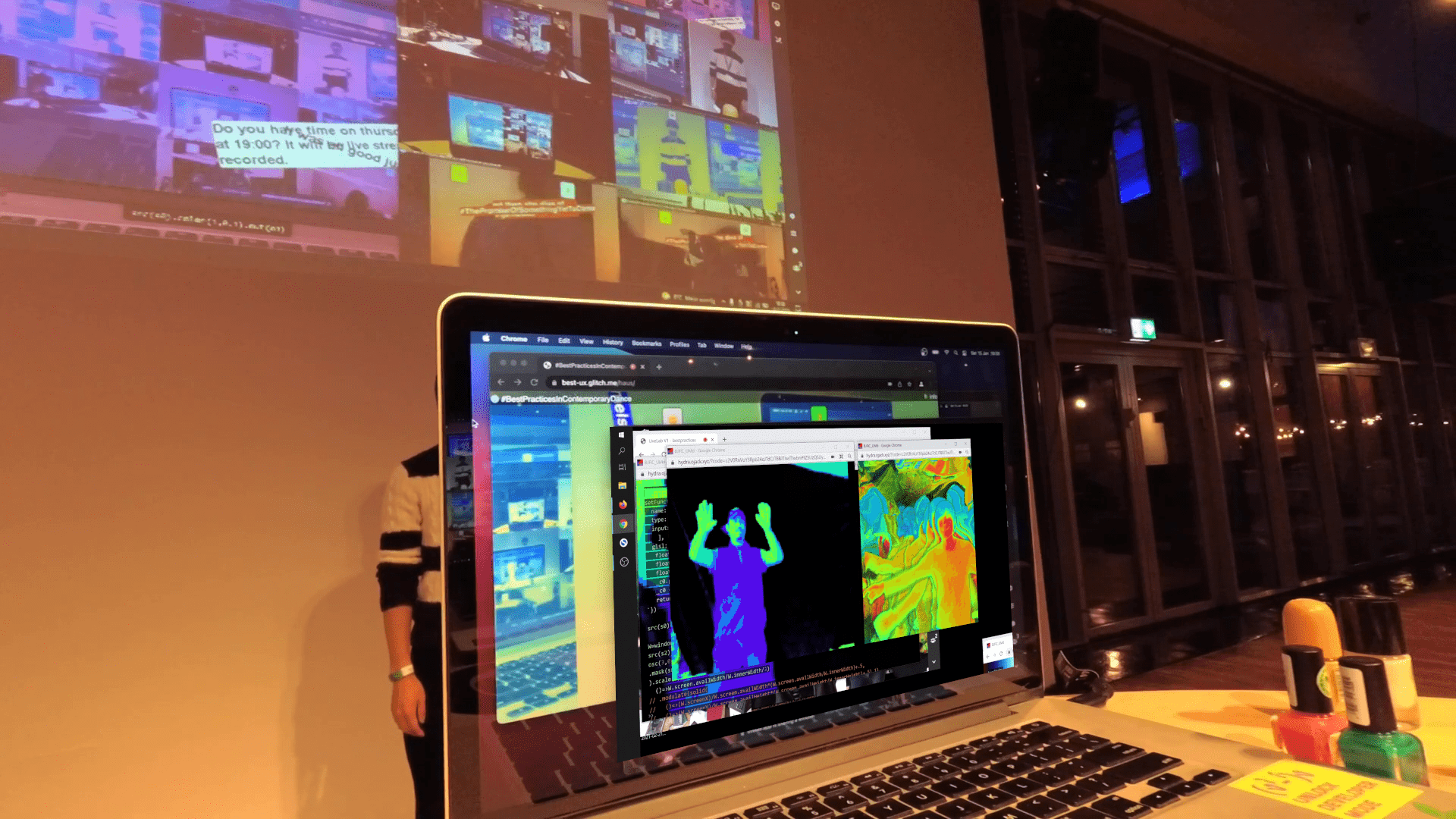 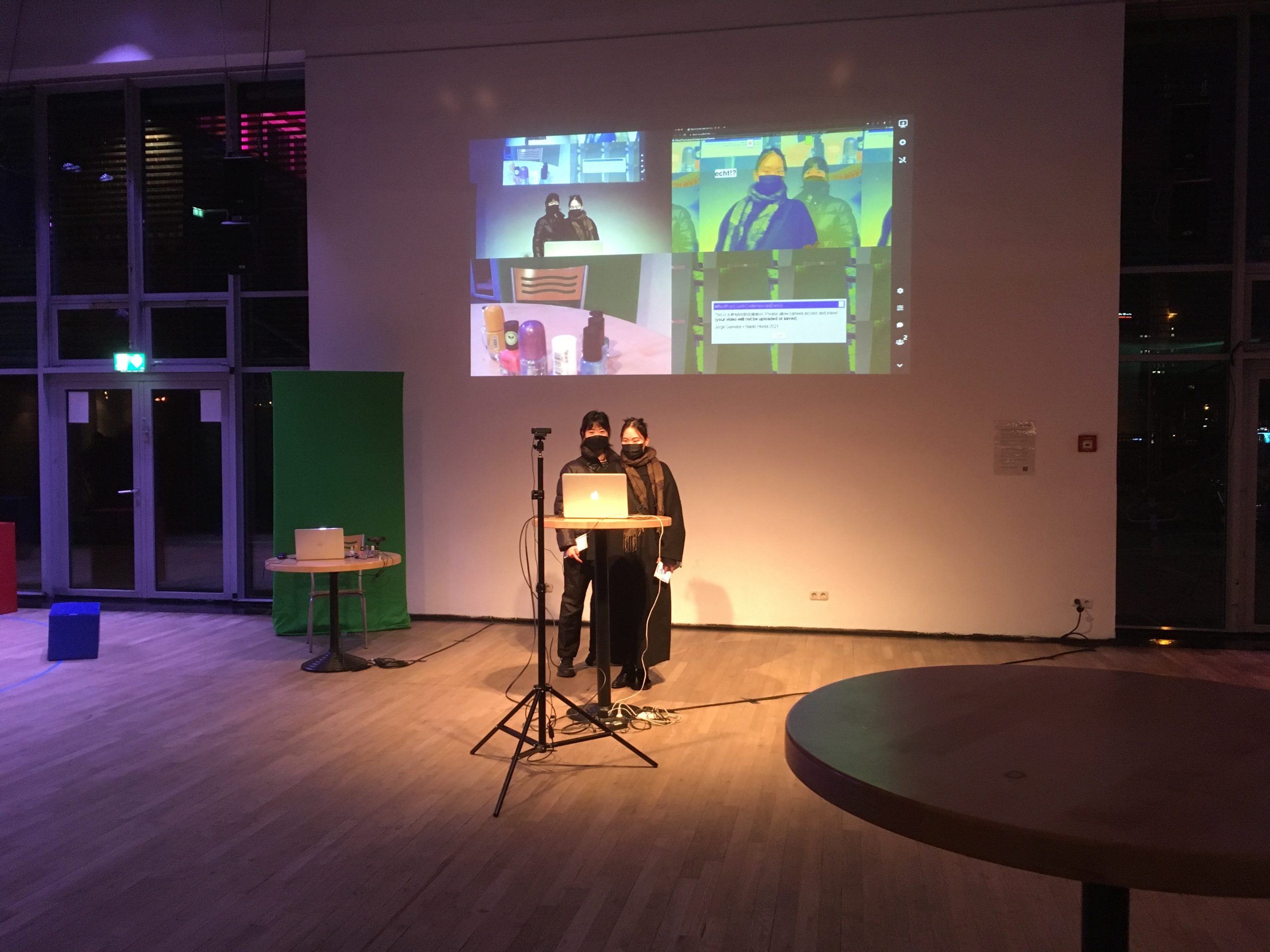 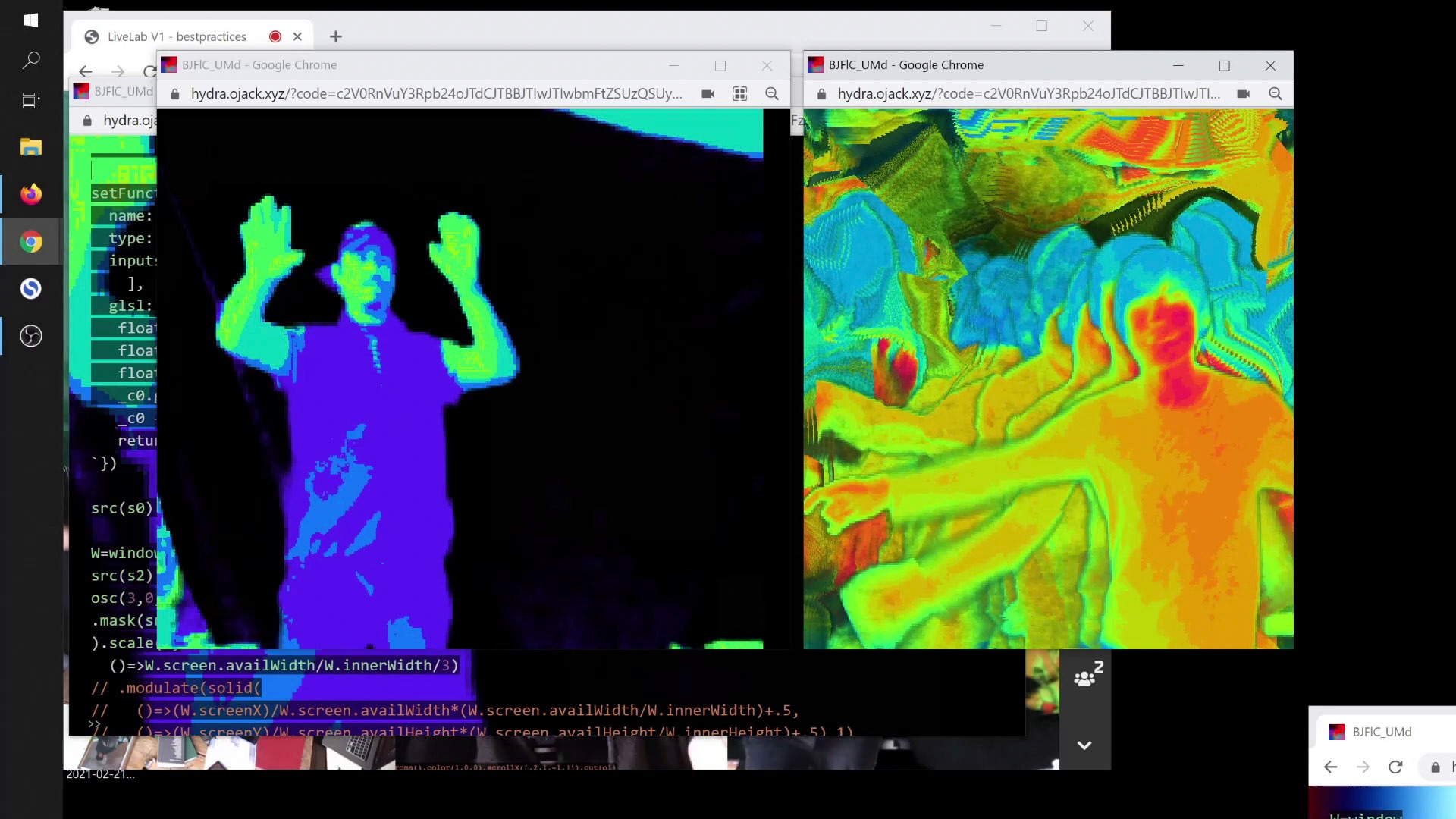 [Artist statement]
A queer form of conversation between technologies & bodies

How can dance, technology & digital platforms blend to give birth to a new art medium?

After two year of research/practice/enthusiasm, #bestPractices is no longer merely an “interdisciplinary” project of dance and technology but rather becomes an option to be a discipline in itself, attempting to reclaim the virtual body, which we lost, or indeed we were not born with.
While it entails a performative aspect, the project is not intended to produce a performance; the practice and its process are intended as an autonomous outcome. An attempt to distance the project from anthropomorphism & anthropocentrism. The objective is to create a fluid, queer form of conversation between technology and bodies where tools and bodies blend (or separate), giving space for speculative ideas that form another practice with its own autonomy.

The framework proposes “audiovisual bodies”, a transhuman experience of ourselves. This audiovisual body shapes itself through grouping/ungrouping pixels, where there is no value nor form. Rather, there is fragility that bodies may be distorted by code or network interruptions. We embrace, embody, and share that fragility as an act of common healing.
There is fragility & vulnerability in the uncertain.
In times where power & dominance structures of knowledge are being questioned, #bestPractices proposes sharing a common space for not knowing, practising resilience in times of uncertainty.

Multipresentiality is a reality, when the virtual vis-a-vis real is no longer an option, can we then say that only when we lose our shape, function and value, can we reclaim our lives and bodies?

[Hybrid installation]
A visitor curiously enters the installation, and the laptops autonomously show a progression of live-coding and movements seen in #BestPracticesInContemporaryDance as if it is a playback of one of the video calls from the practices. The visitor finds a webcam and stands in front of it – they notice that the video call is not a mere playback, but their body blends into it. The video is not representational; the body ungroups into pixels and groups into glitch. Some of the cameras are pointed to wardrobe and props such as nail polish, which visitors are welcomed to try on.