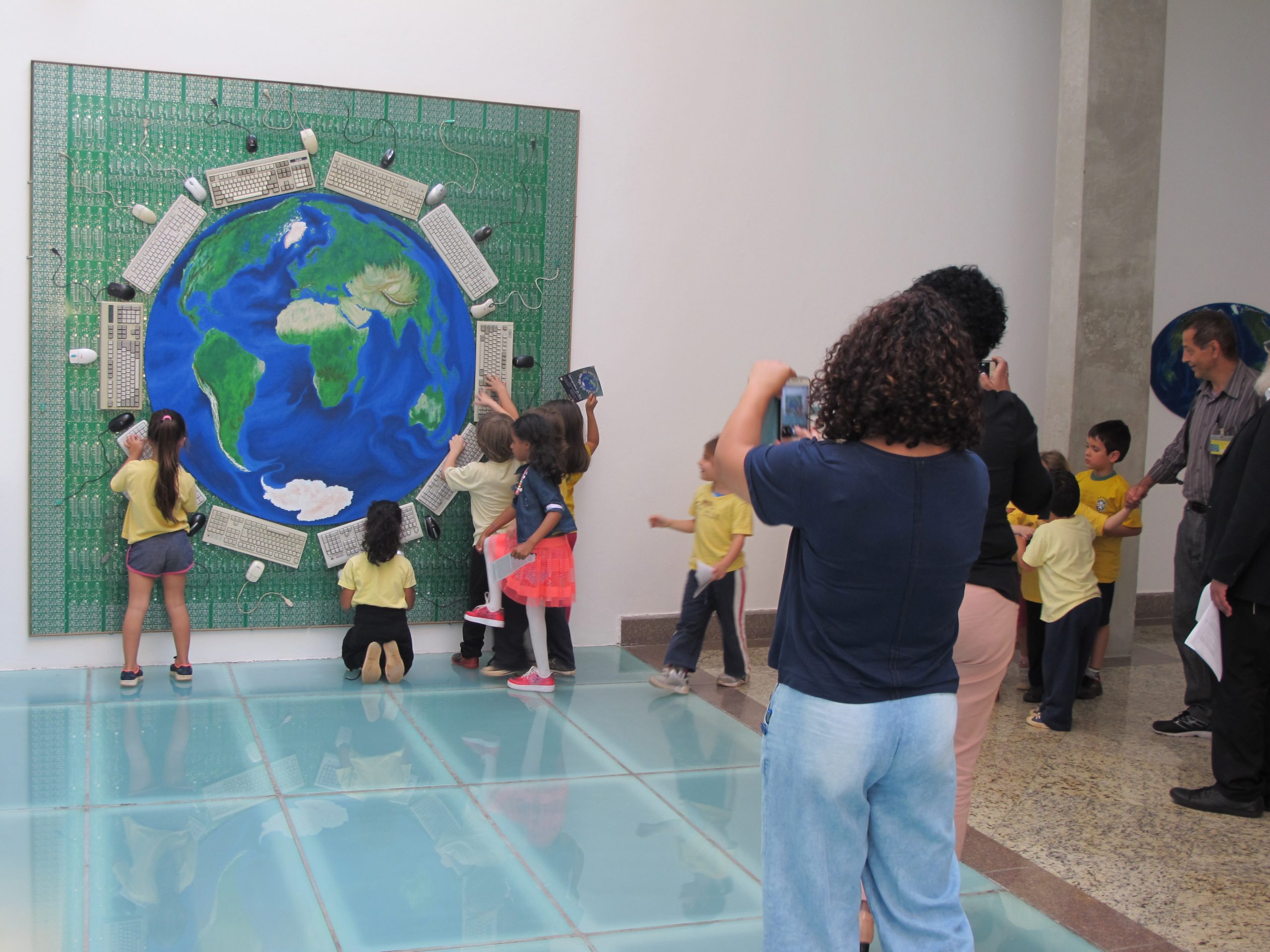 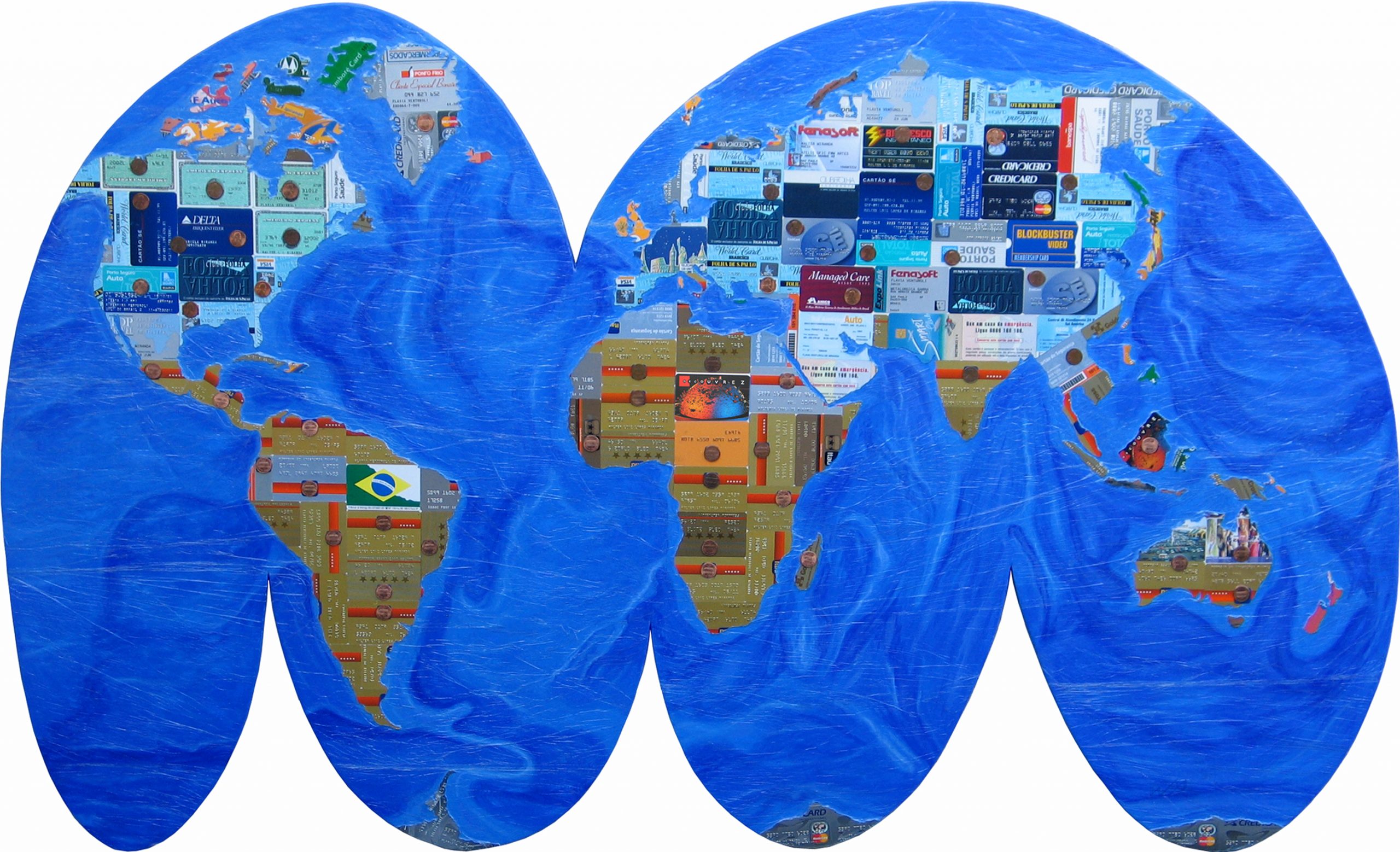 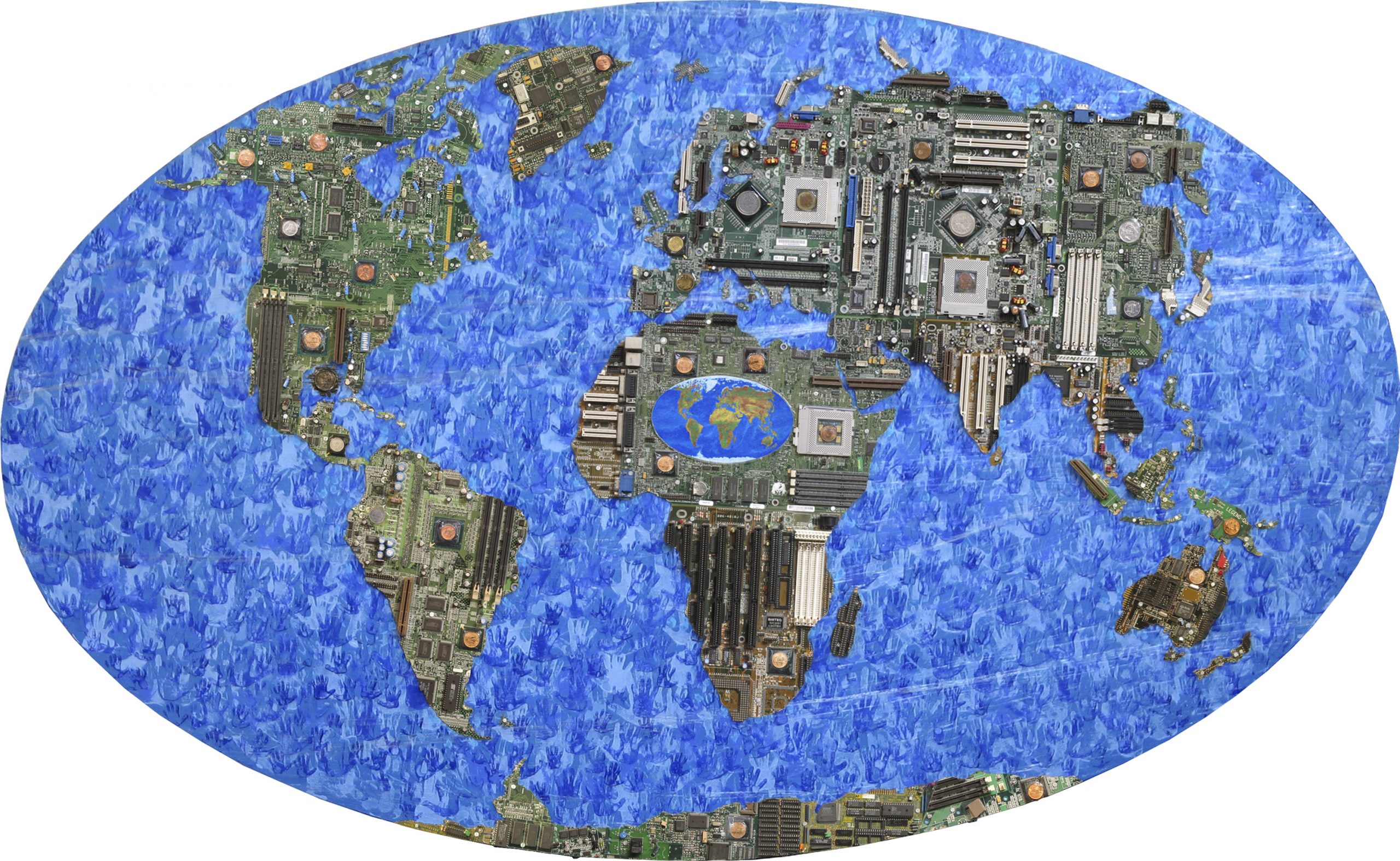 The works and explanations of this series can be seeing on the webpage:

The series of works called “CARTOGRAPHIES OF GAIA” presents works that reproduce several cartographic projections to deal with the current situation of environmental degradation on the planet. Planetary degradation, caused by the actions of human beings eager for immediate enrichment, excessive material comfort and the presumption that, with technology, we can dominate nature. T

he series has a total of 44 works that were exhibited in 2019 at Nilton Zanotti Gallery of Palace of Arts in Praia Grande and at Centro Cultural Correios in São Paulo.

The works were carried out through the use of the traditional technique of oil painting and the incorporation of objects discarded by contemporary society. The joint use of these two apparently antagonistic factors (tradition and contemporaneity) creates the compositional challenge of obtaining a visual harmonization during the creative process of each work, which, when completed, causes philosophical reflections on the pollution of the environment and the consequent decline in quality of life of man on the planet.

All the components I used were placed according to an aesthetic plan in order to create textures and peculiar visual effects that provoke the viewer’s curiosity.

Finally, it is worth saying that this series of works, in which I use the world map to express my current concerns, emphasizes my “modus operandi”, since in all my artistic production, I always try to unite reason with emotion (the basis of my process creative) in order to create a work that uses traditional techniques incorporated into elements of today’s society to establish various metonymic relationships that provoke questions in the viewer.

In this sense, the subjective language that I use to express my feelings, desires, ideas and philosophical concepts allows the observer to draw his own conclusions about the theme addressed in each series of work. The result is complicity or denial, it doesn’t matter. Both form a type of involvement that refer to the essence of what I try to convey.