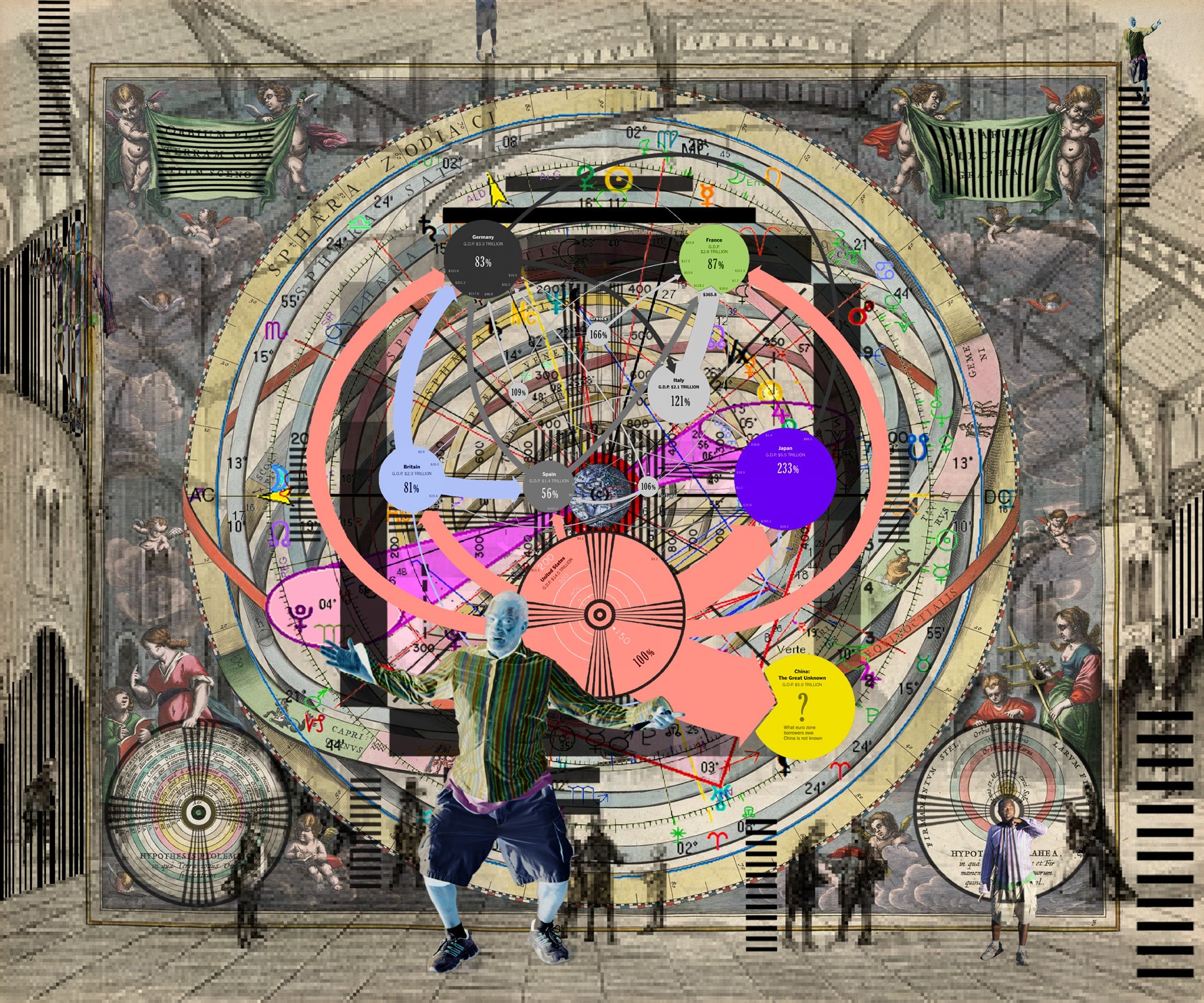 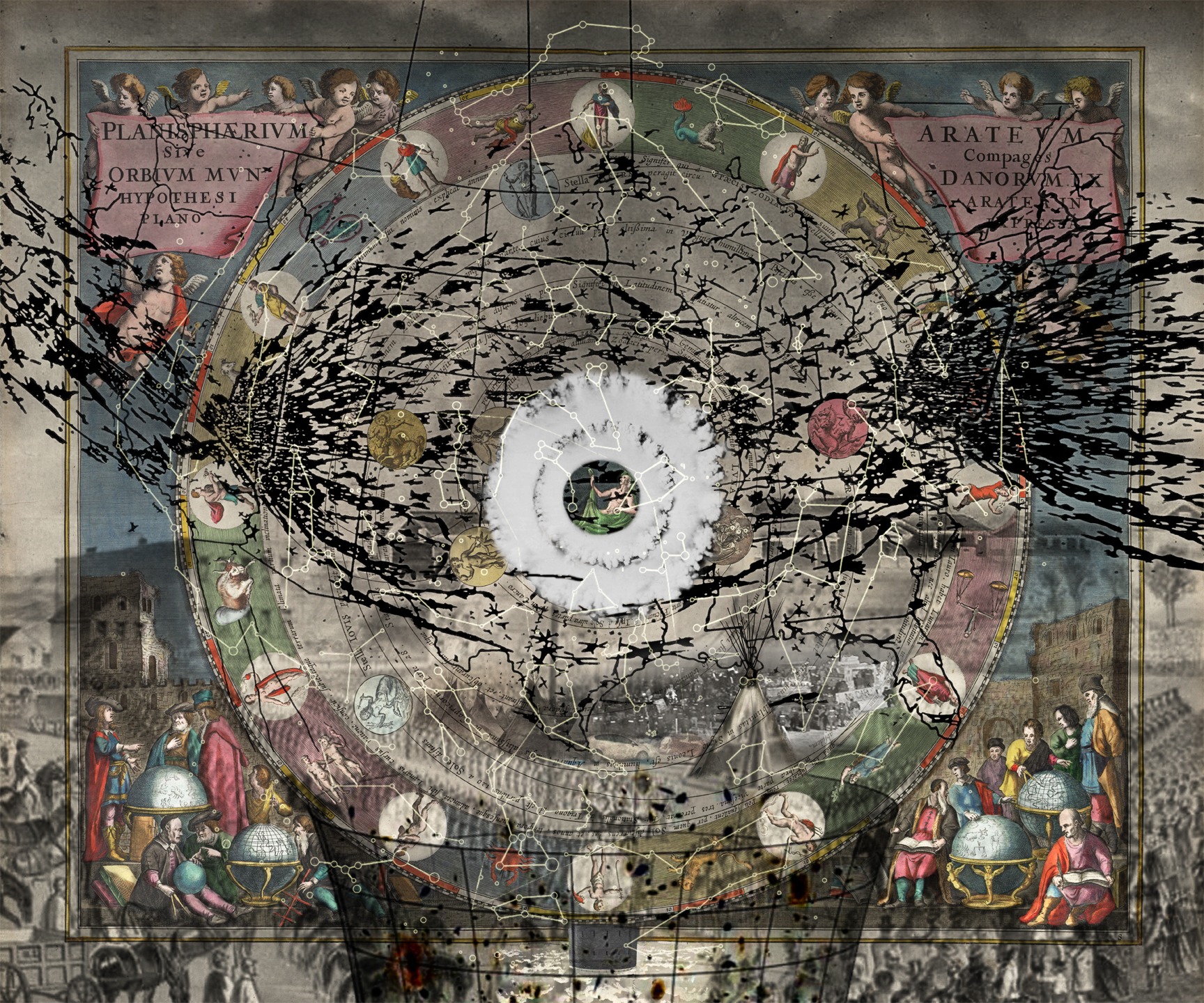 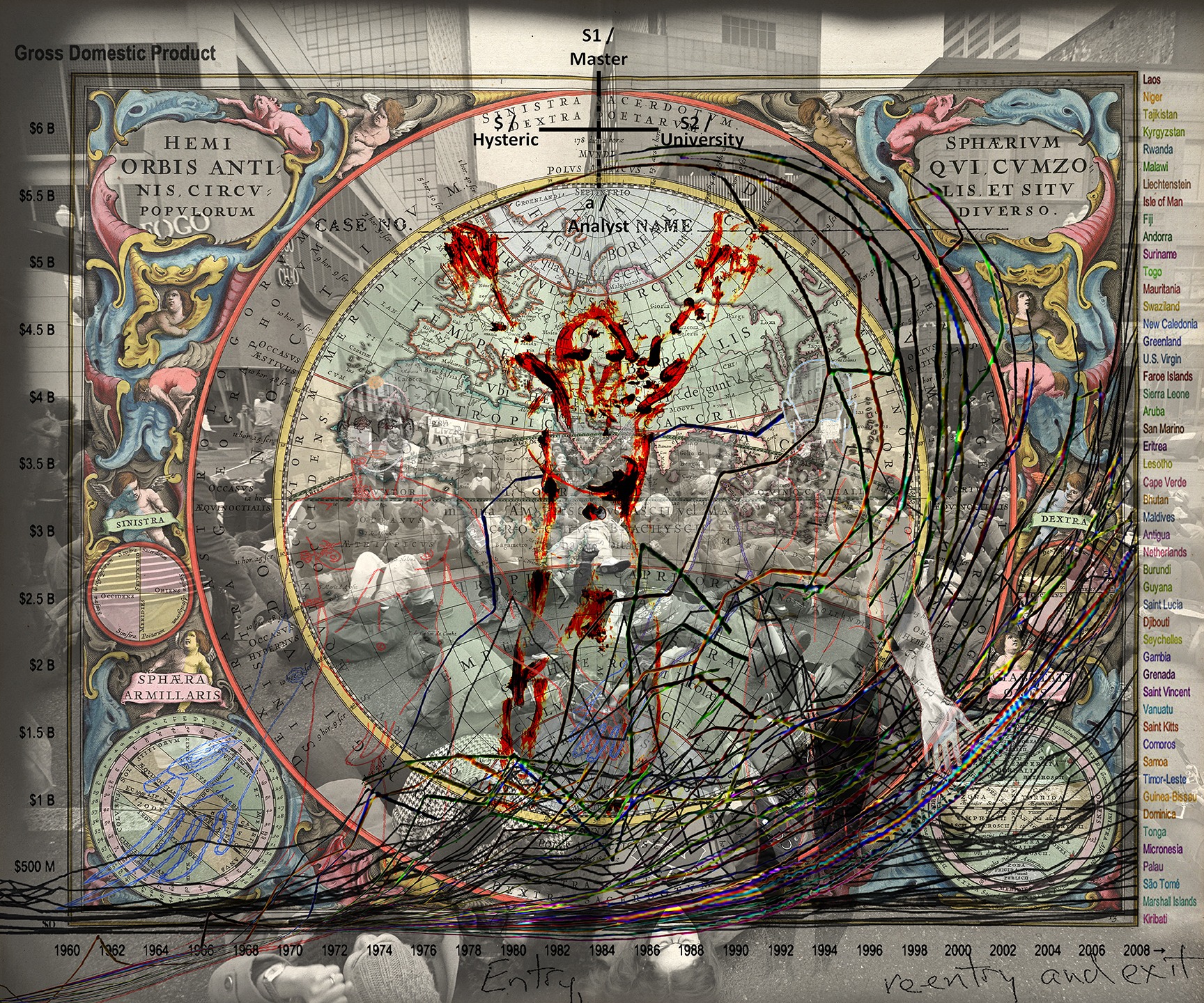 The series, Universal Capital re-maps a seventeenth century cosmology that starts with an island in the center of the world marked “company land”, referring to the Dutch East India Company. This authoritarian overview is collaged with “underviews” that challenge its territory, symbology, and propaganda. I employ photographs taken at demonstrations, drawings, and alternative charts and histories. The prints are used in sited, public performances that reveal multiple socio-economic stories. This series is being developed into animations that further investigate the relativity of power dynamics and elemental forces towards systems of shared production. My proposal is to show these prints and animations and develop a mapping performance involving those participating in the Next Museum workshops.