demon checkin in on me 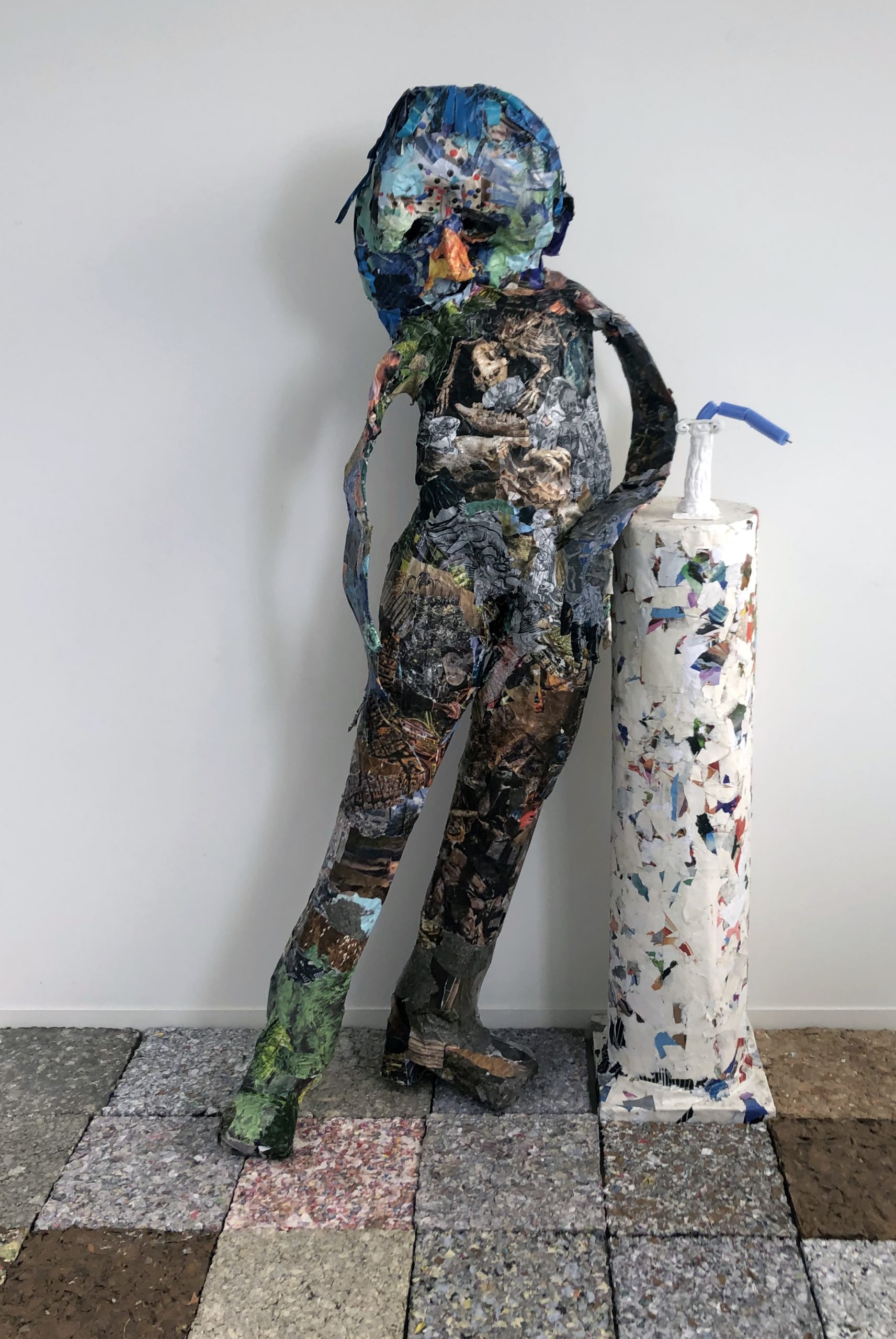 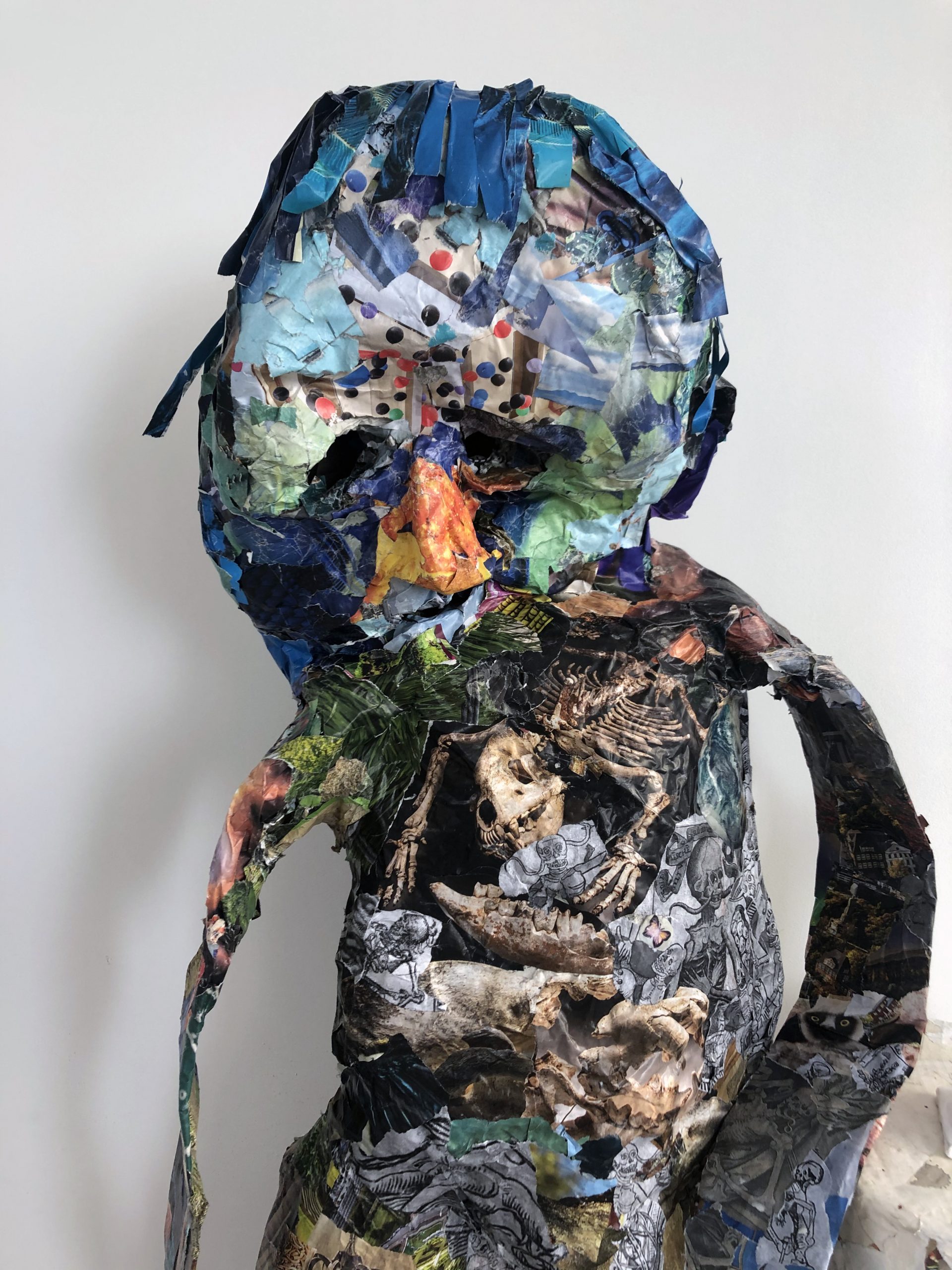 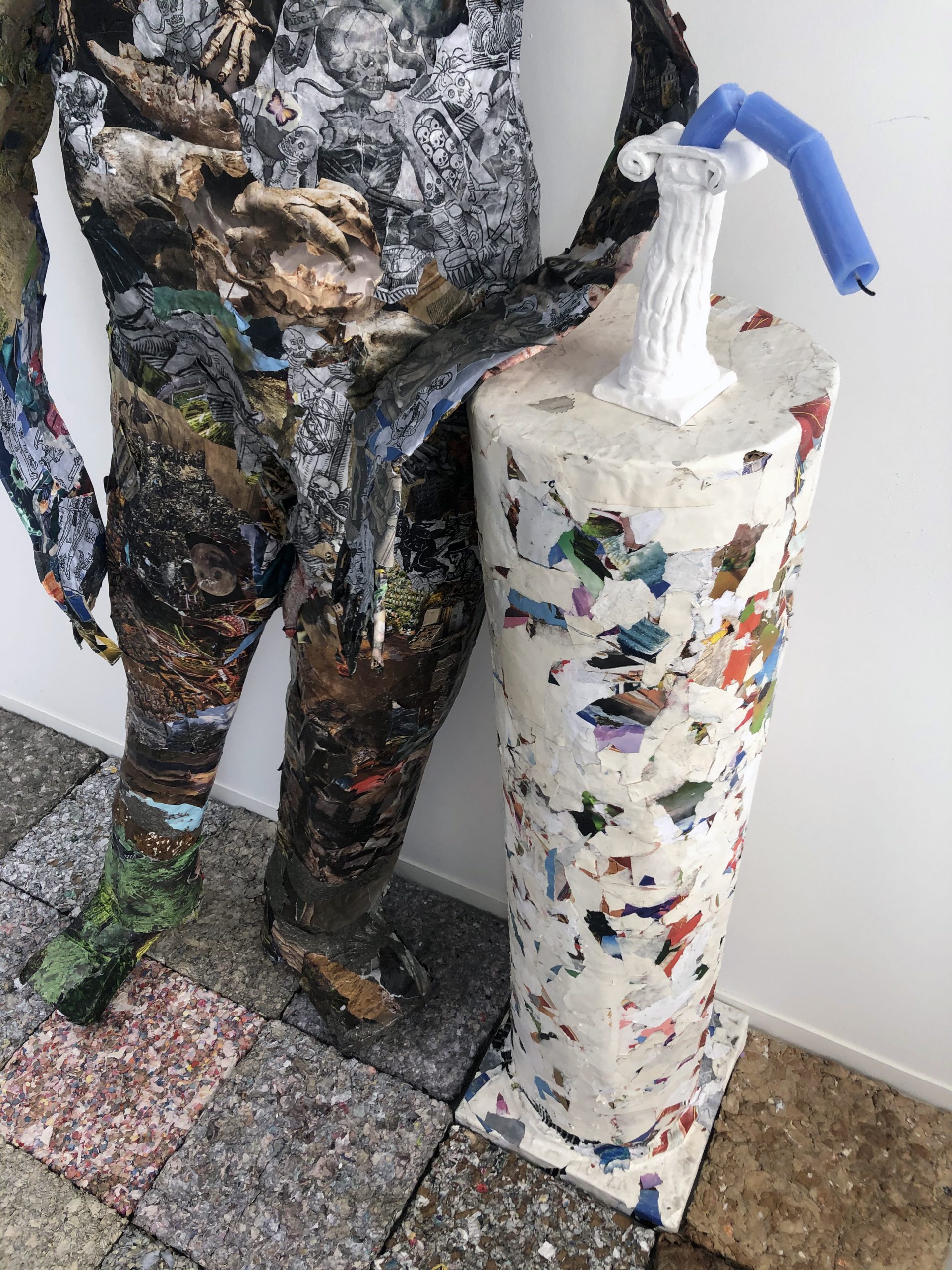 Using only discarded paper, magazines and cardboard as materials, I want to give to these leftovers, considered as trash a new life.

My main inspiration is the representation of demons in my own country of origin (Italy) and in the Japanese folkloric tradition.

Yōkai are supernatural beings that embody human anxieties and fears. They can take animal or human form, they can inhabit a discarded and old object like a broom or an umbrella or even a natural phenomenon like the wind. These entities live in the shadows of abandoned and forgotten places and after sunset, in the darkness they transcend the magical realm and come into our world to torment us, make fun of us and sometimes to help us.

I was raised in a catholic environment and as a child, after hearing the priest speaking about satanic possession during a Sunday service I became obsessed and terrified by the idea that the devil could live inside me.

I’m interested in these themes and in the similarities and superposition between superstition, folklore and religion in Europe (especially in Italy) and Japan.

Survived in the pop culture, in horror films, manga and videogames these subjects are still a powerful tool for society to address and express repressed emotions and fears. I believe in the role of magic and superstition as a space for the irrational and unexplainable to come to surface.

This installation should be a cathartic experience where fear, shame, disgust come out in the open and are exorcised through the characters that temporarily inhabit the space and through humor and irony.