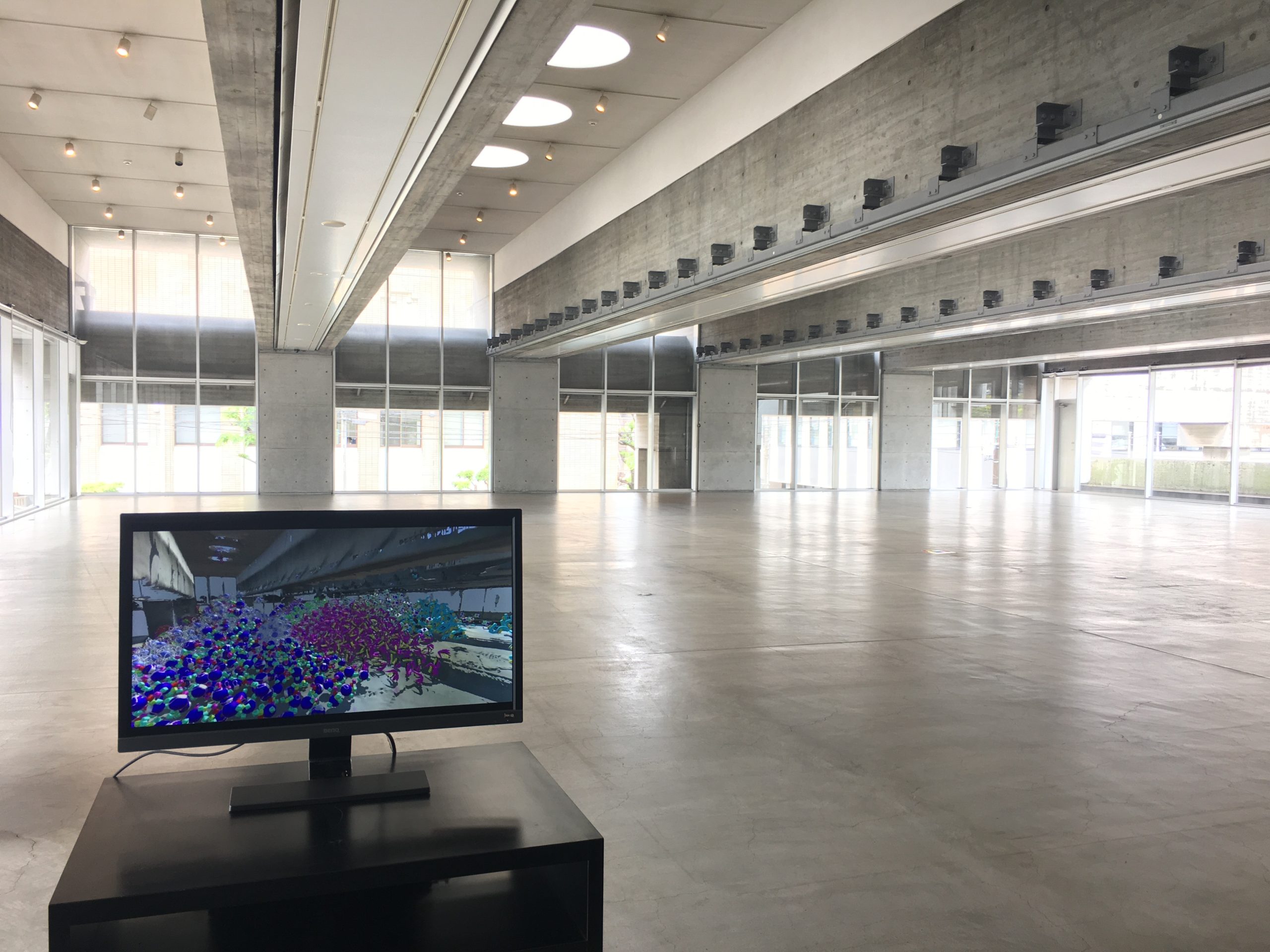 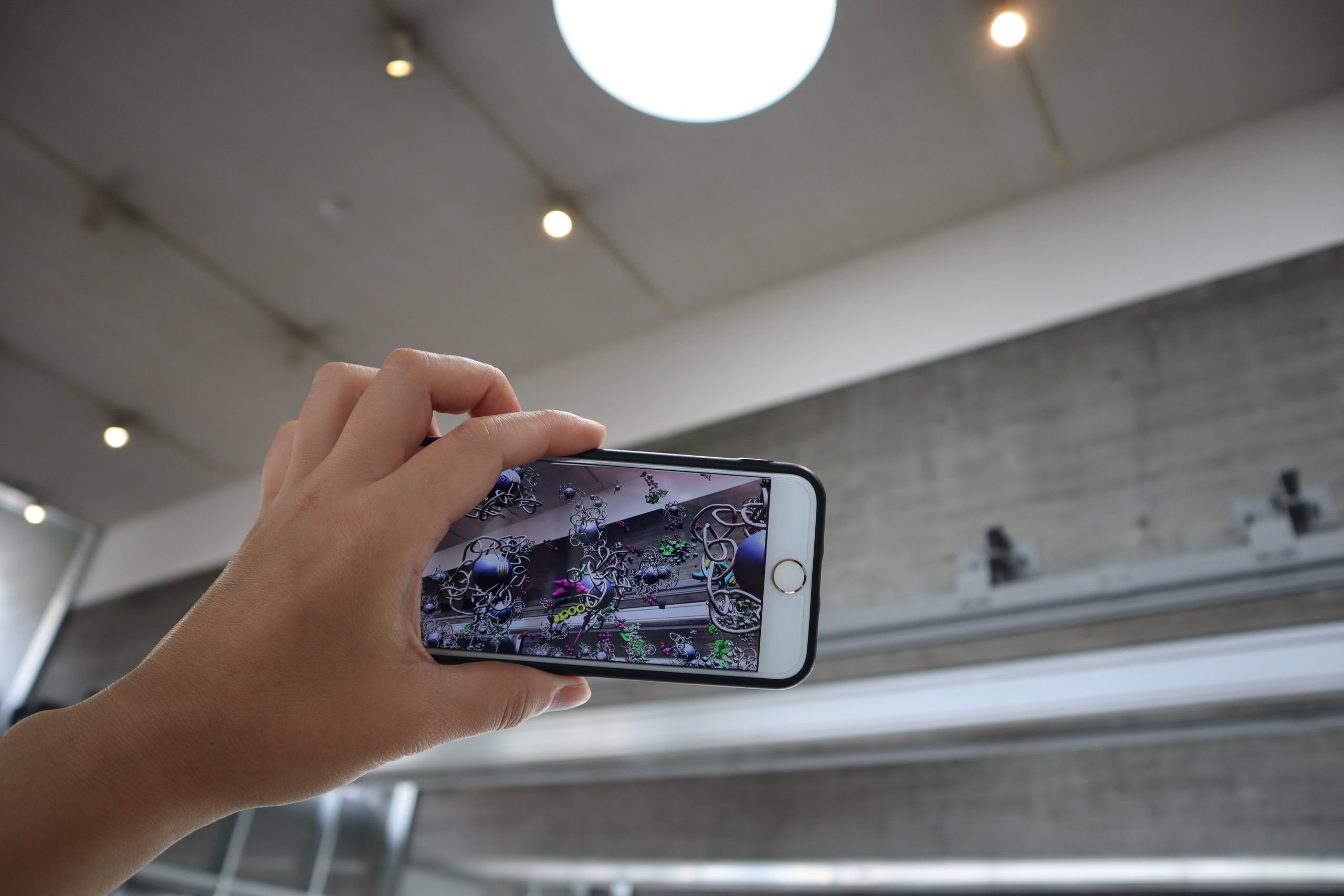 This Architecture was built by architect Arata Isozaki in 1966. And this 3D scanned hall was architected by basing on ideas for environmental art, which was one of the trends in art and architecture at the time. It is an art style in which all elements including light, sound, and colour that surround the viewer fill the space.
Now that 55 years have passed since the construction, the environment surrounding us has changed drastically. It is composed of an environment using RGB colours and digital signals, such as images viewed through a smartphone, a large amount of information, and informatic communication that transcends physicality on social platforms, such as twitter, instagram, and so on.
I picked up the topics and words which were posted on SNS since the beginning of Corona pandemic, such as #corona, #social distance, #lack of masks, #vaccines, #state of emergency, and #hold the Olympic Games. And then, those words that originated from our surrounding social environment and situation would be replaced with 3D objects. A sphere with a pale mask, a disgusting Olympic mark entwined in the flesh, and a syringe stuck in an inorganic object fall from the skylight instead of natural light.
Digitally expand the environment to this natural environment where colour, light and sound are fused, creating a dual space in one space. Build a new environment, including viewers looking through it through a smartphone.