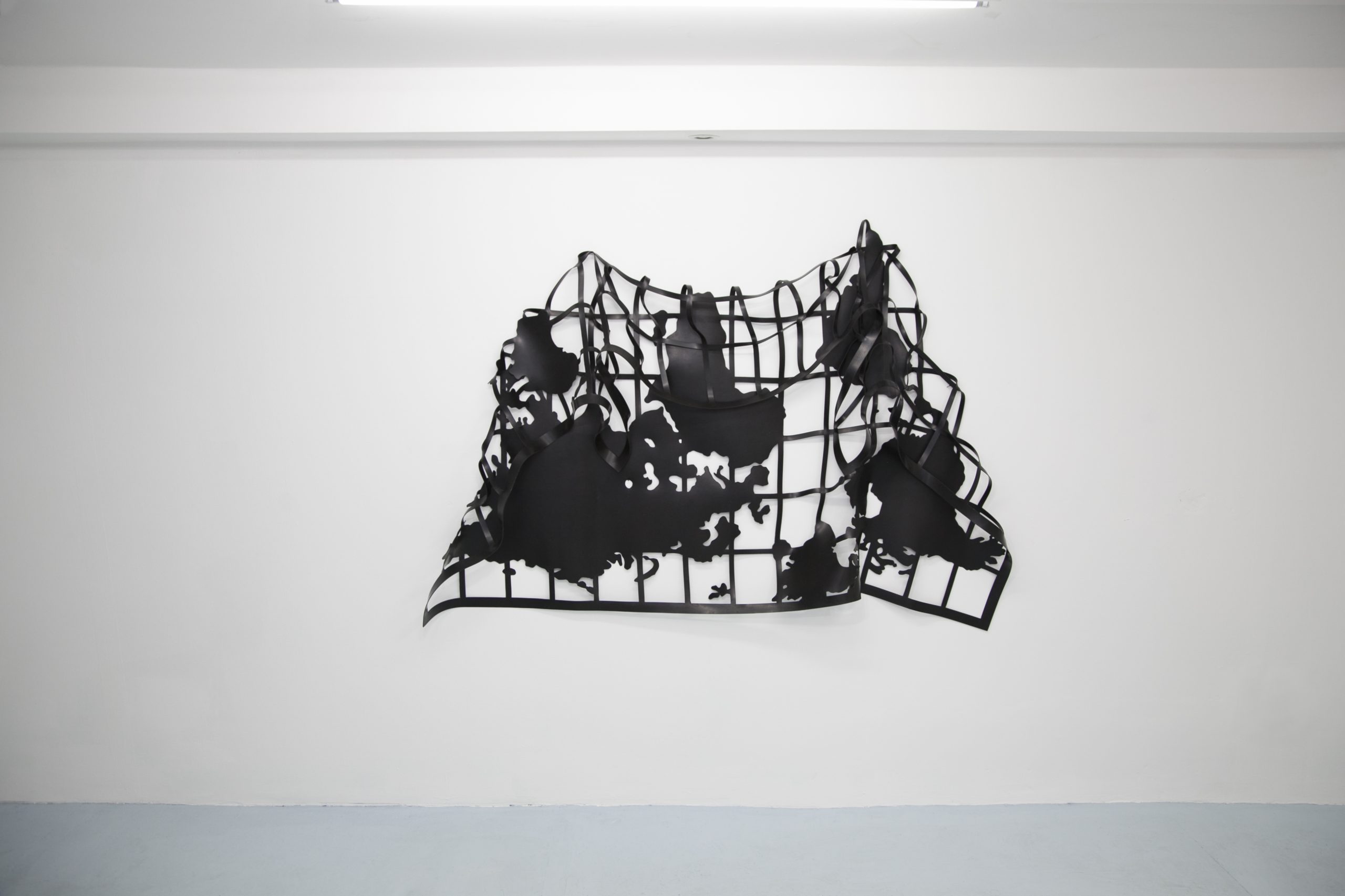 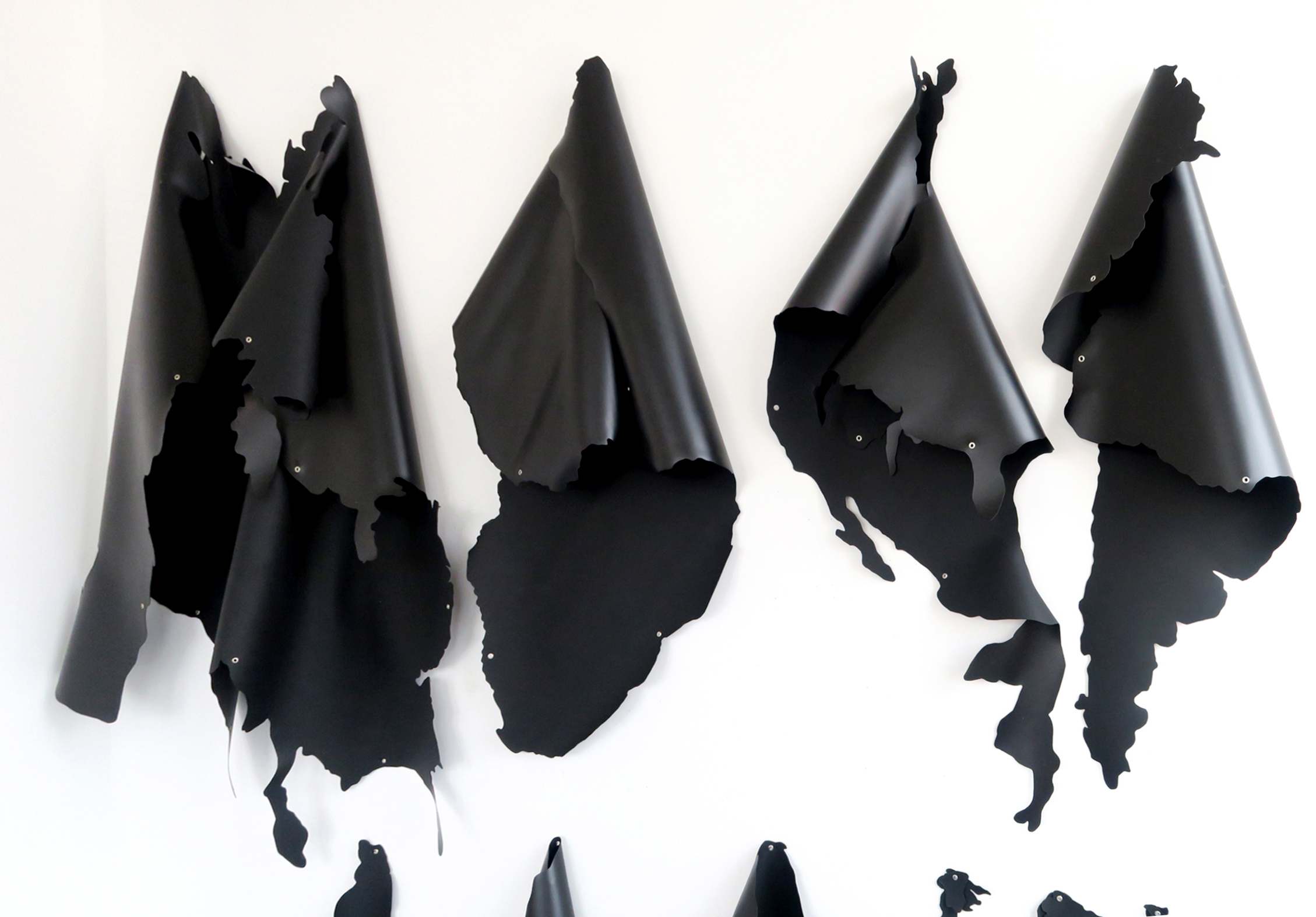 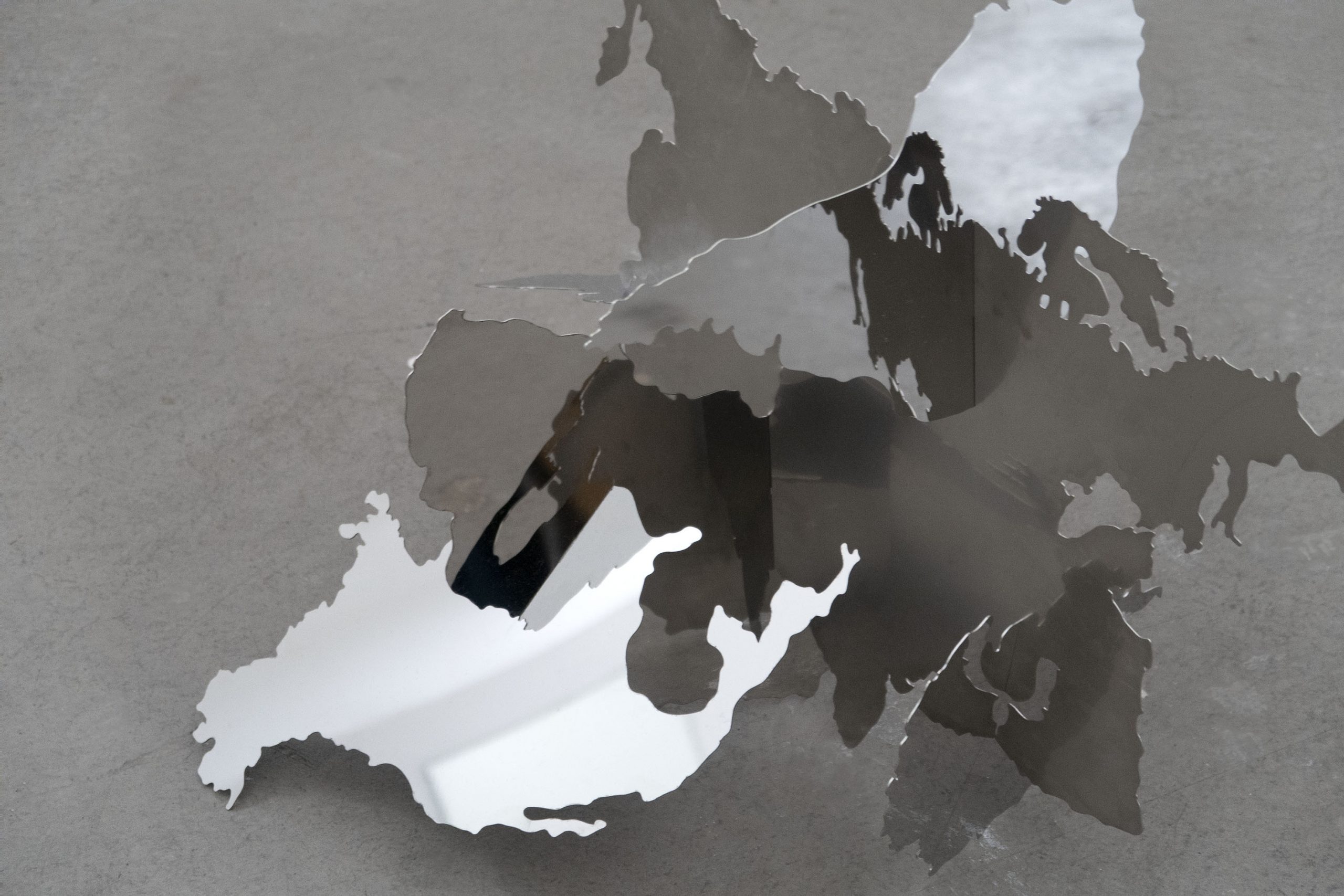 Cartography is a way to understand the surrounding environment through the practice of space. Maps are made of various layers of information, such as the history of places and the ways to inhabit spaces, revealing several narratives marked by economic, political, social, and different historical periods. Maps are essentially representations of spaces, in the sense that they are various data collection of reality.
Maps are part of my artistic practice for many years: whether it is a document of reality or a graphic representation of the cities, as a projection of the world’s order.

What is unique about it is how the approach to physical and political reality can become part of an extensive practice based on spaces’ representations.

I understand my works with maps as constructions of non-linear narratives related to contemporary issues of the world: how could the divisions of the earth be understood? Why should we use a squared and rigid structure to represent a world that is somewhat in constant change? How could maps be constructed after the new technologies of mapping? How could a representation of space be perceived through sound works?

About my artistic research
In my research, the notion of places and the representation of spaces are closely related to cartography. Actions such as re-assembling, shifting, re-organizing are ways to deal with an established/constructed narrative of spatial representation.

A conceptual procedure related to shifting and displacing the perception of realities is present in my artistic research since the very beginning: to transform geographic data into a two-dimensional representation, to uncover a hidden history transforming it into multiple layers, to shift the perception of an established representation of a place into a critical visualization of our culture. My practice is focused on working with the invisibilities – what is invisible in language, in landscapes, places, or what is intentionally forgotten due to political or historical reasons. To shed light on the invisibility of the established narratives is a strategy to work with the representations in a transformative way within the contemporary world.

Mapping as a practice to rethink spaces and places is a strategy to transform structures of power and dominance: rethinking the traditional cartography brings out the possibility to re-structure a Northern Hemisphere view of the world strategy for decolonizing the perception of places and spaces.