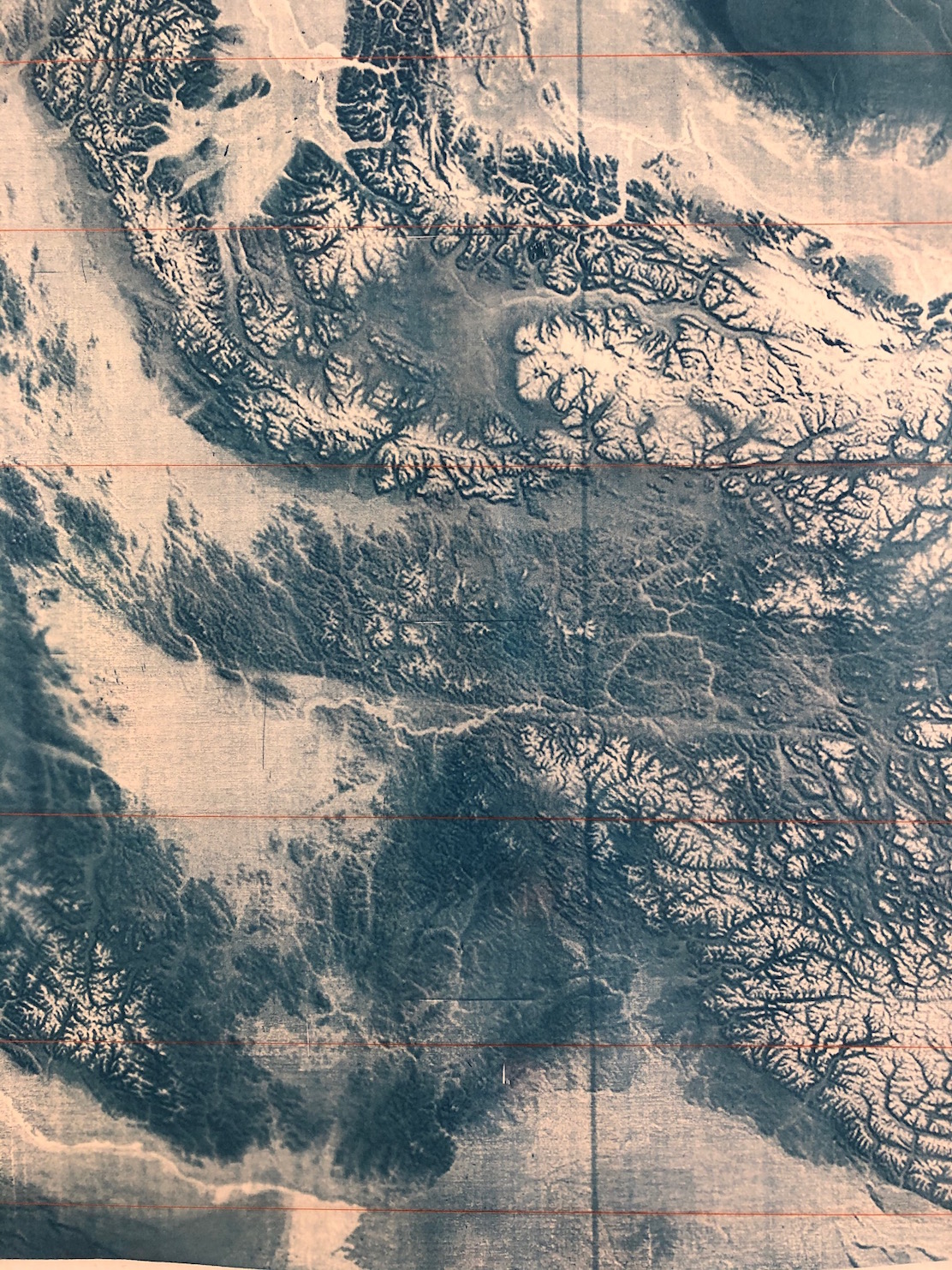 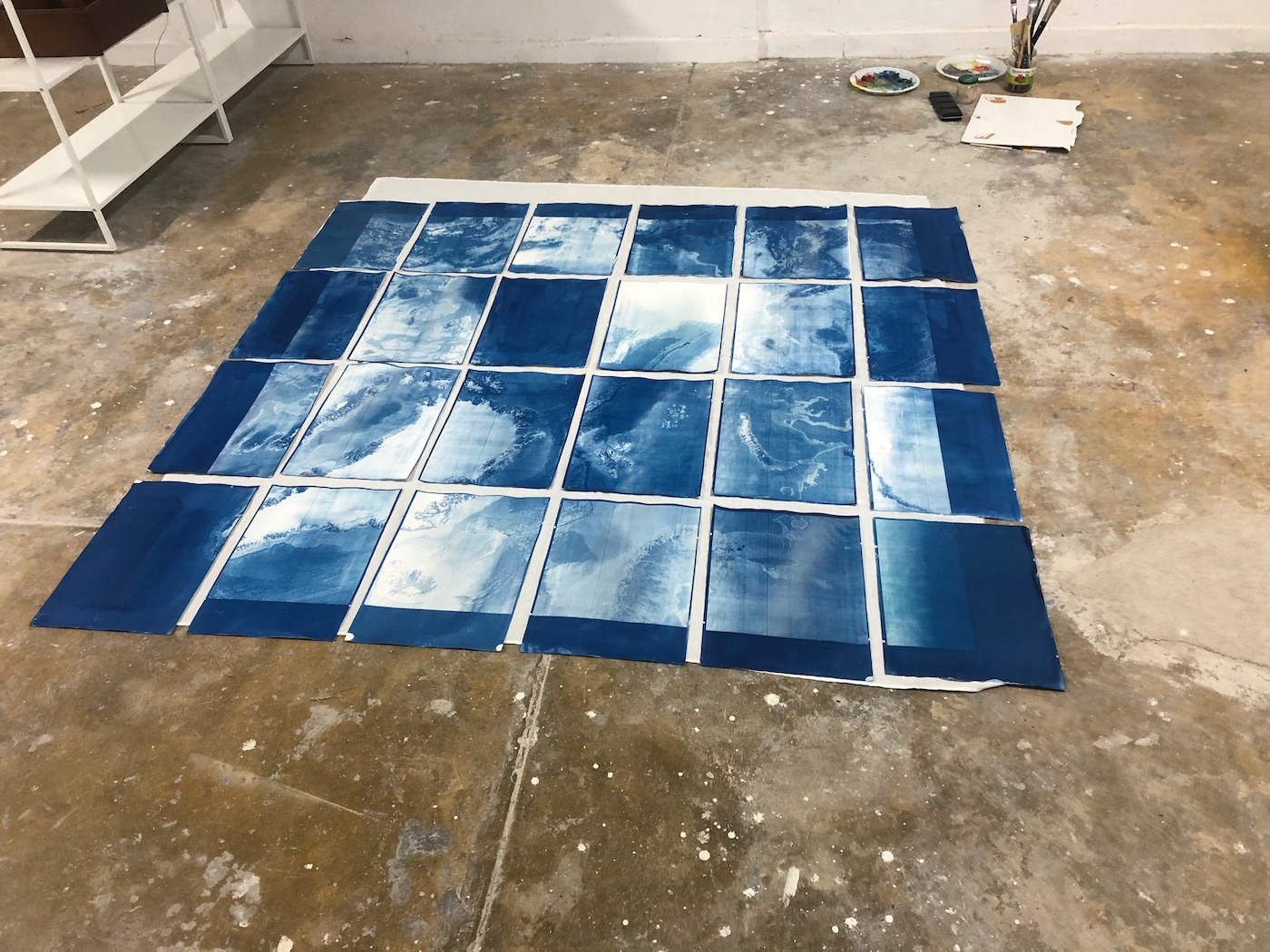 Instead… of Arctic Shelves and Melting Futures, 2020
24 cyanotypes, dimensions variable

Conventionally the Arctic forms a marginal region in geographic maps of the world. However, for the global climate system, the melting arctic ice masses are of central importance because of their high albedo, their ability to reflect sunlight to the atmosphere. So the polar region is drifting into a new climate regime at an alarming rate, heading for one of the so-called tipping points.

However, the resources released by the melting ice are also being speculated with. Industrial nations are looking for their place in the polar sun, negotiating navigable routes, fish stocks, mineral resources, and habitats. Exploration of the seafloor and continental shelves is driven not least by an interest in proving a continental connection to the North Pole so that claims to the region can be asserted accordingly.

In a series of cyanotypes, an analog photographic technique, Paula König traces the shape of the Arctic seabed, which is reconstructed in exploratory research using echosounder measurements, satellite imagery, and other data sets. The resulting map is at once a chemical process, a geopolitical gaze, and a poetic note.