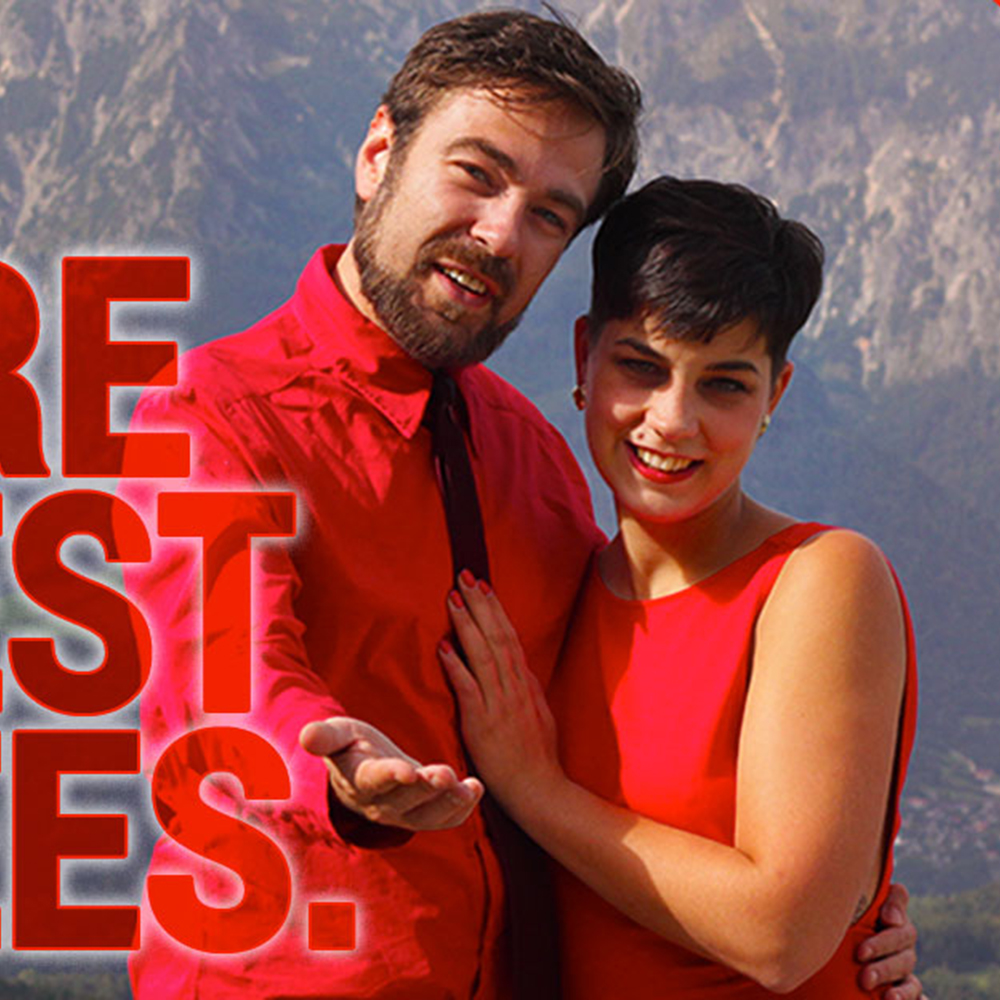 In Desperate times, that need radical minds, like these it may be suspected, "Heimat" must be rouge again. Its about to be life-affirming. Bad moods, conservative, polemic, conspirative, suspecting, projectionist thoughts and disenchantment with future, which includes progress and evolution are served by other genres, like Pop, often enough. Hedonism, exuberance, boundlessness and utilitarism will be sang today by two white Cis people crossing germand & austrian border, like everything-and-everybody-related. Thus, there is a common sense of illumination and enlightement, thus universaization.