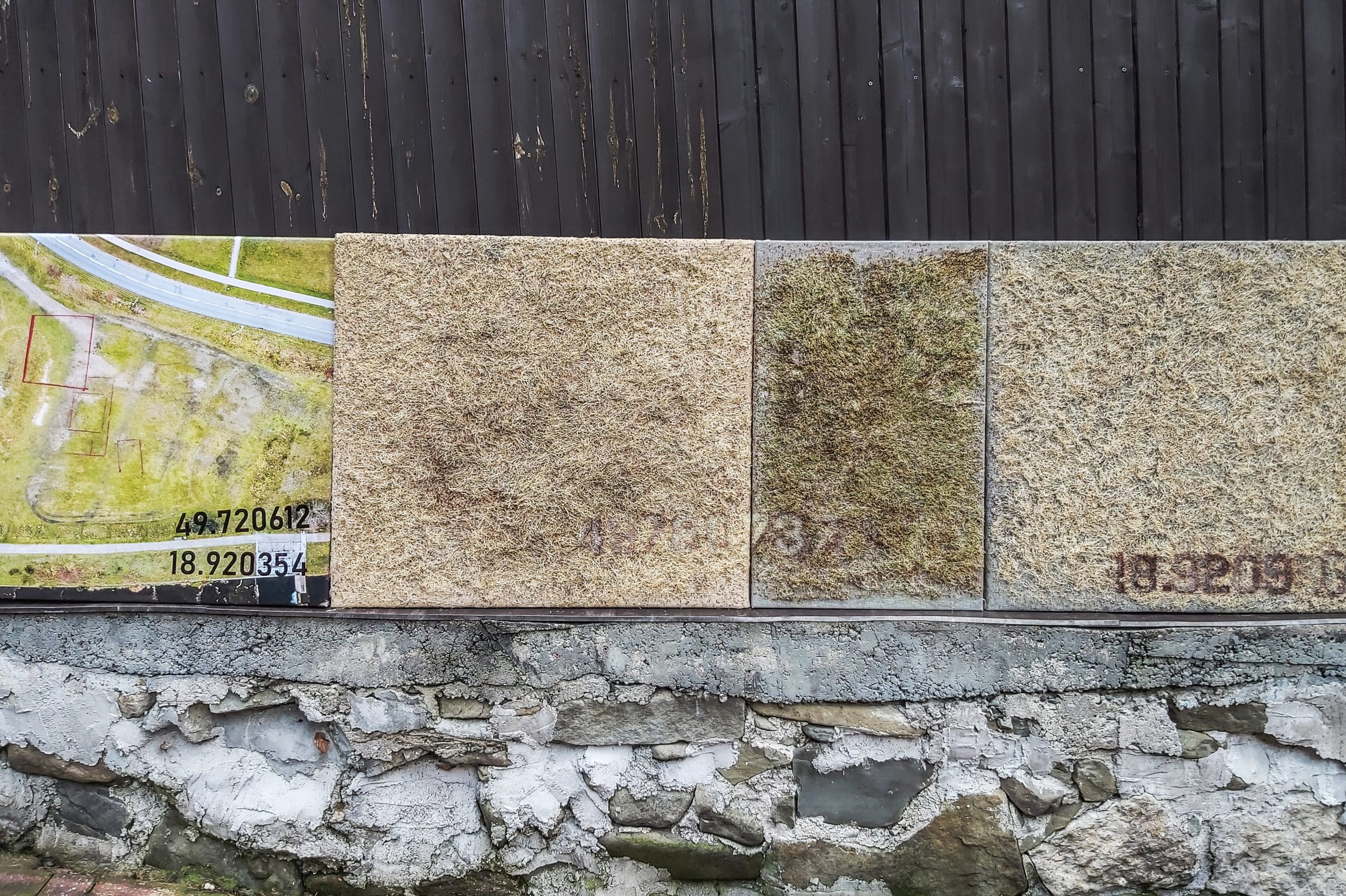 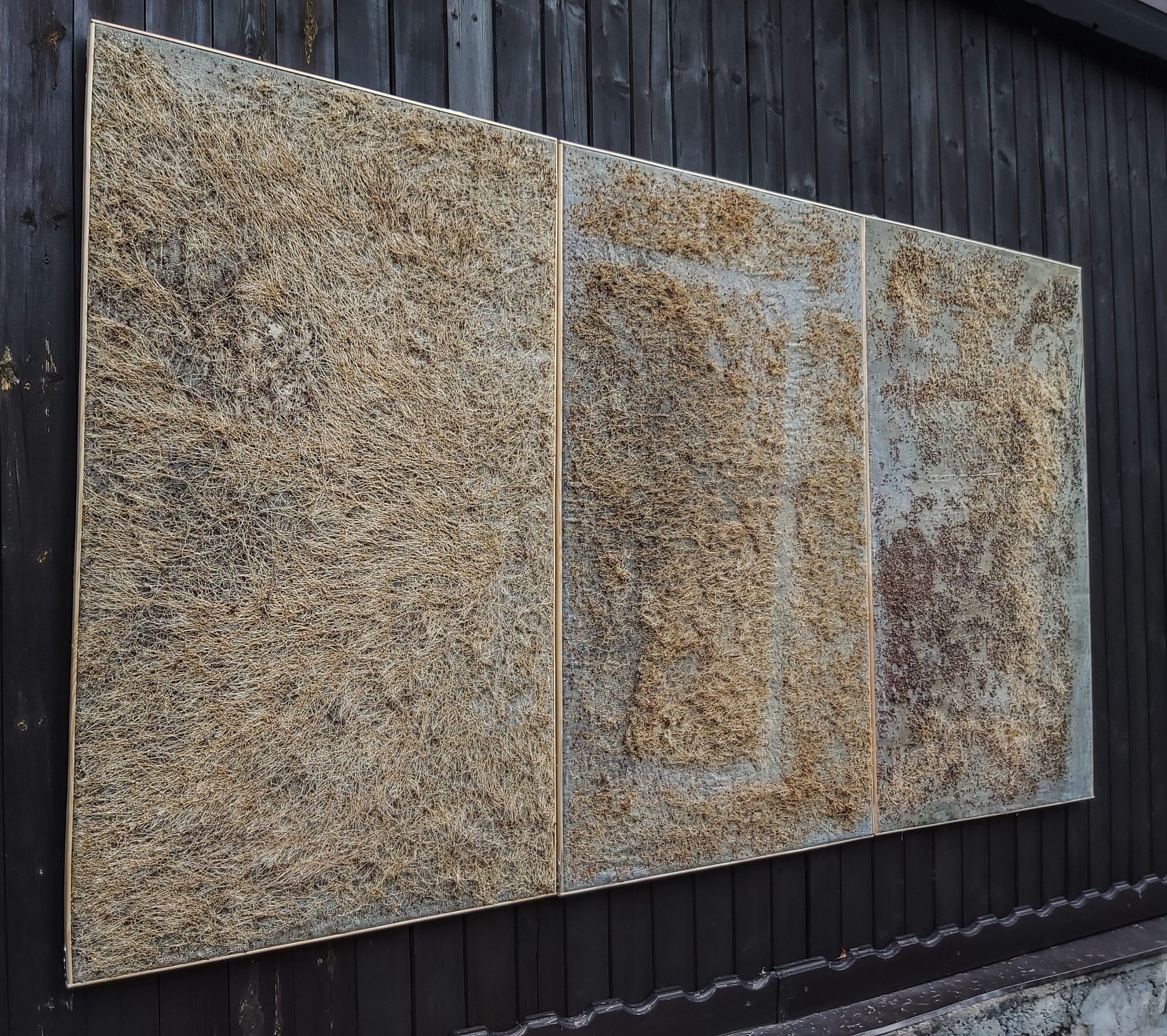 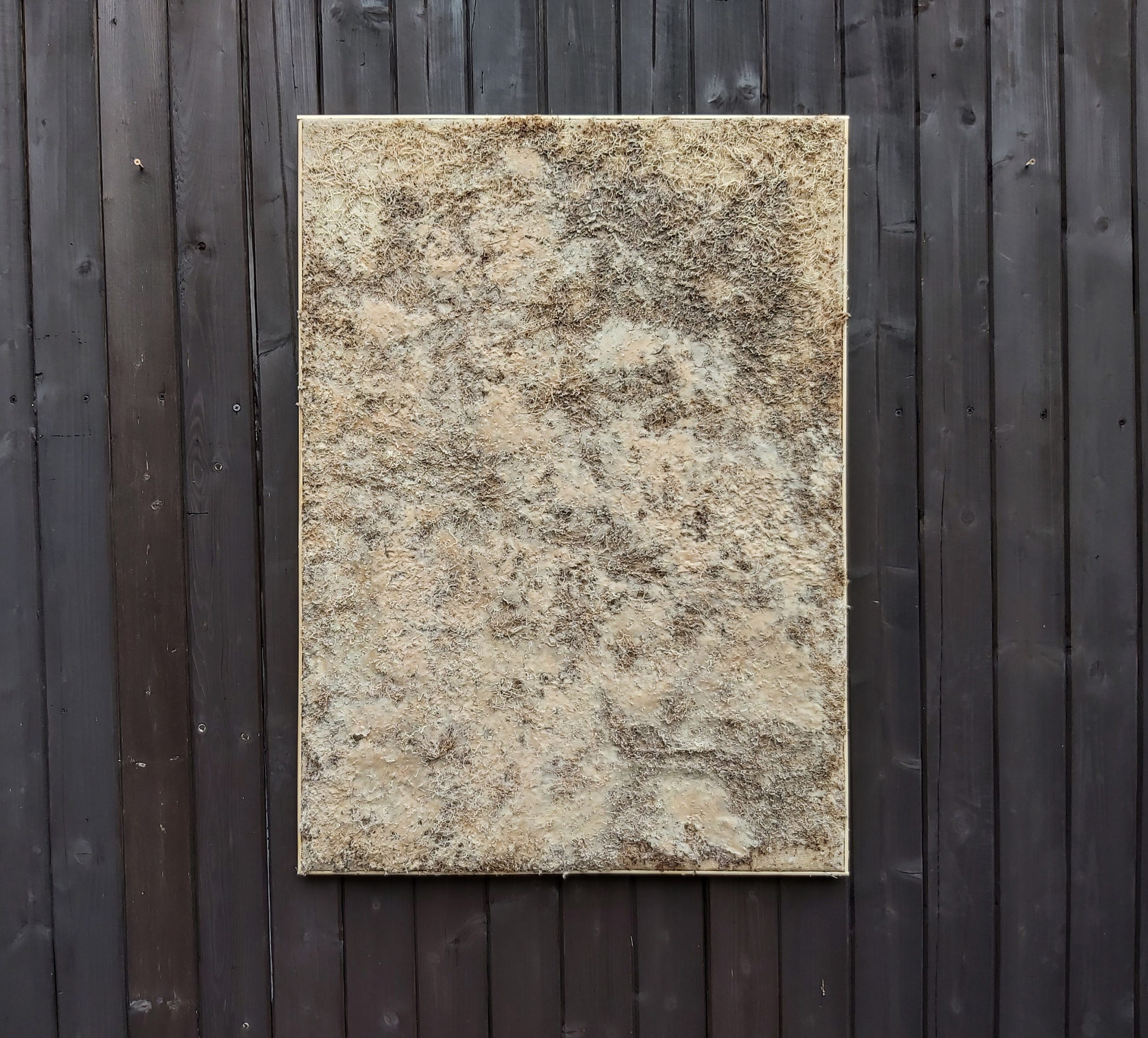 Hanna Grzonka-Karwacka. In year 1999 she graduated from the University of Silesia, Institute of Fine Arts (Poland). Since 2005 she has worked at the Institute of Fine Arts, in the Department of Drawing, where she runs the Drawing Studio. In 2009 she received her Ph.D in Fine Art. Now Associate Professor at her Alma Mater. She is interested in printmaking, drawing and animation. Her works were presented at several individual exhibitions and many collective ones in Poland and abroad. In her recent series she is mainly interested in the concept of memory trace.

Imprints – traces made on the grass after a folded circus tent, amusement park carousel or a demolished building are a visual record of the history of a place. I am interested in the trace which is made immediately after, which is the effect of the change, where we can still see very clearly the “scar” after the disappearance of an object.
Being familiar with the place, we know exactly what was behind the reflection of the trace. Without knowing it, we can only have a try of visual retrospection. The demolished building is a matrix and its remains on the grass become the graphic print. In my project “Memory of Place” I am mostly interested in these prints – traces, scars.
With the help of photos taken from a drone, I look for interesting places where abrasions, dents, scars tell me its story. I also indicate the geographical coordinates of places in the picture. Additionally, I am interested in the trace itself. I mark places in the photo and try to recreate its fragments using “tools” of nature. With the help of self-cultivated plants and grasses, I create macro-worlds that are merely a piece of trace of the photographed place.