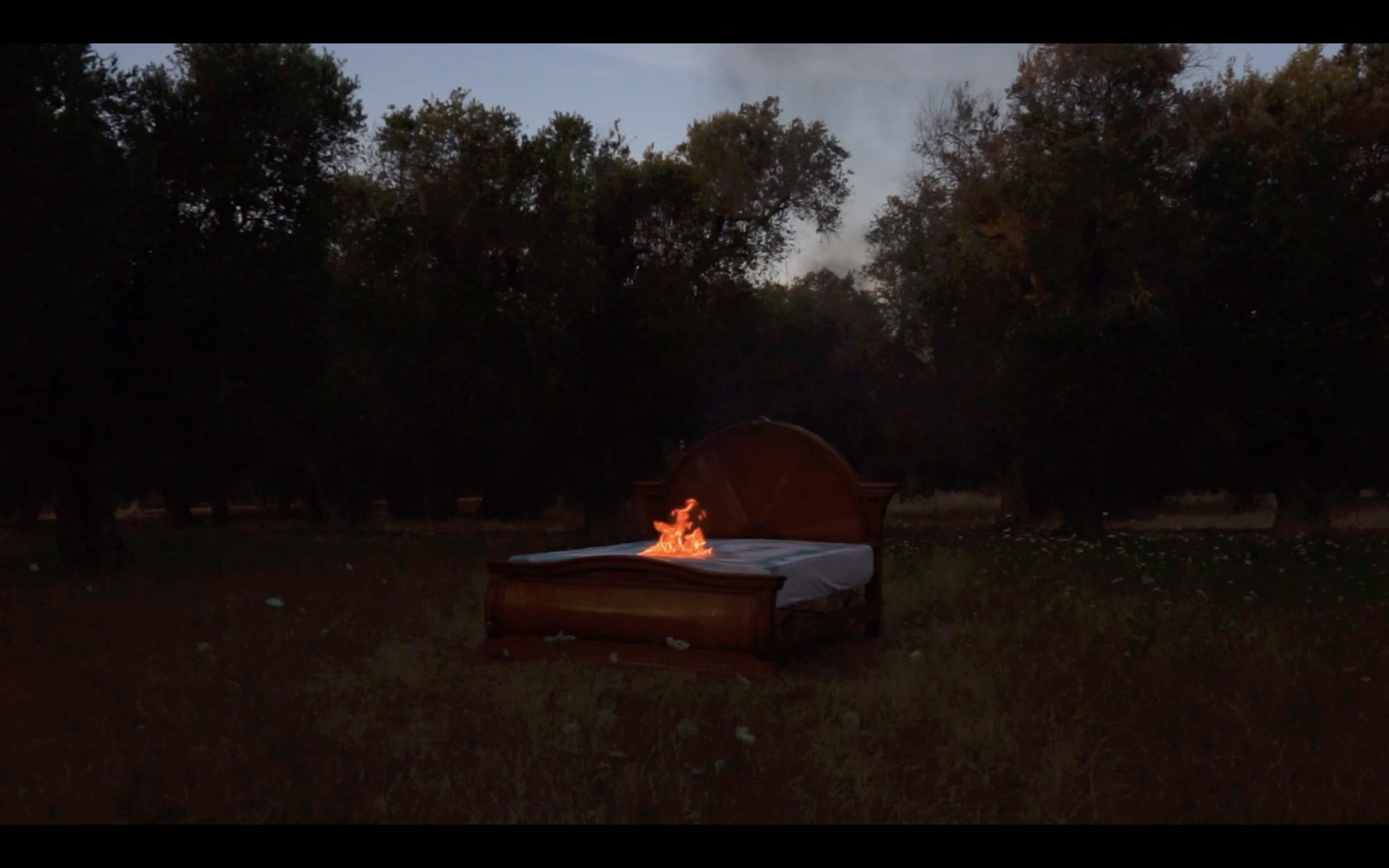 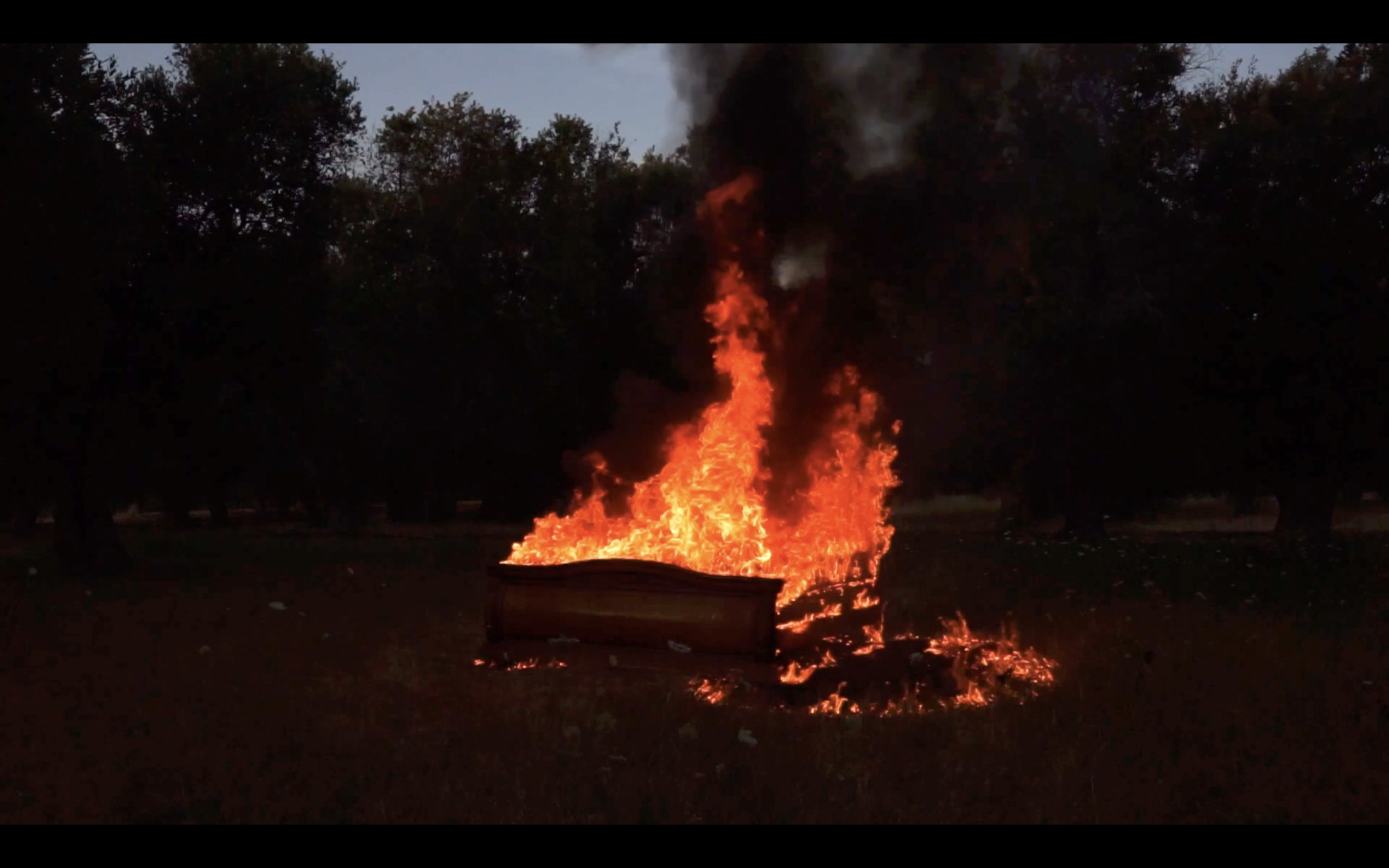 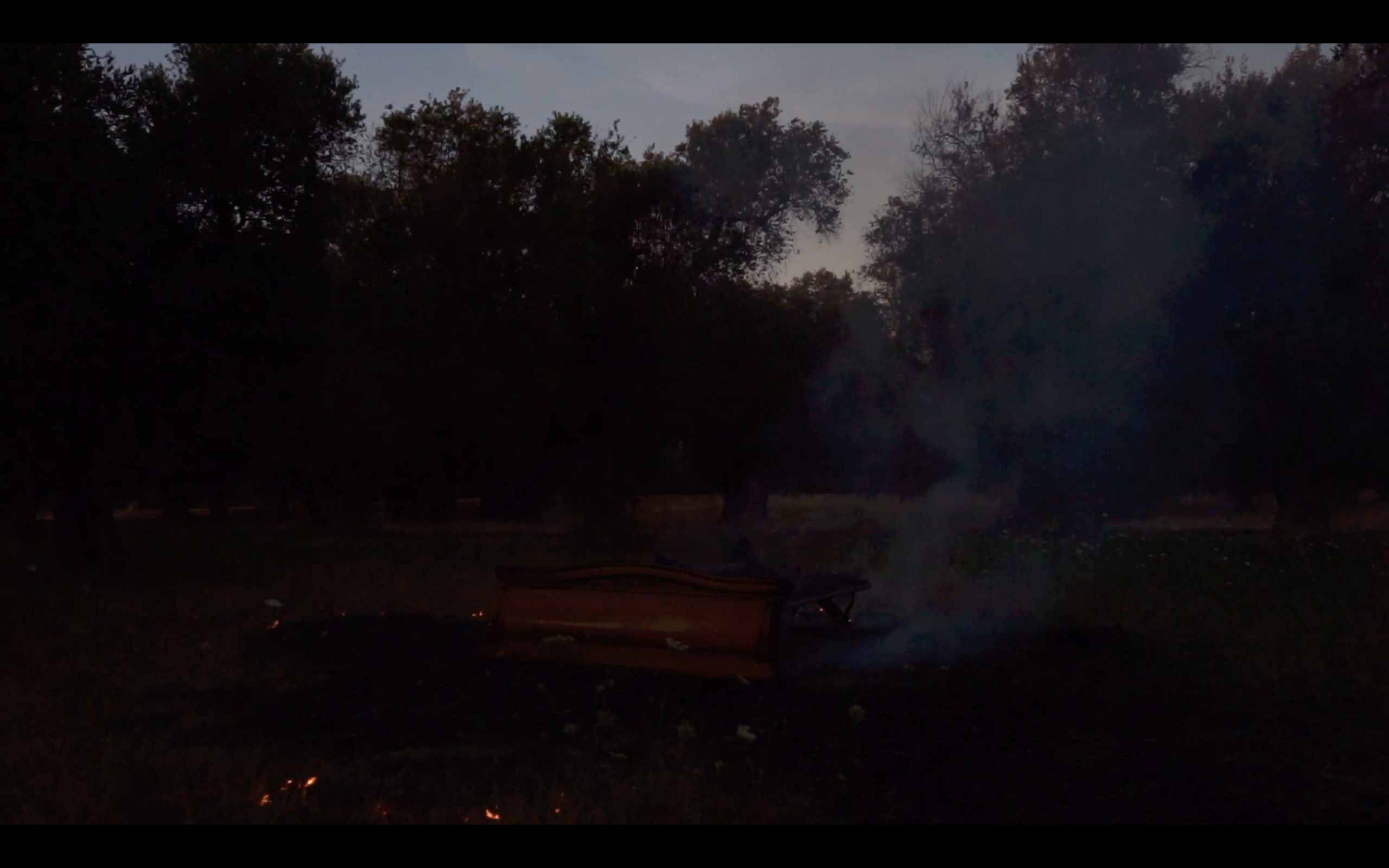 Moîra Logos. Un discorso sul destino (2022) is a video work that analyses a ritual in Apulia region, a funeral lament performed by the “prefiche”: women who went to the dead man’s home to mourn him around his coffin. These women, paid by the family of the deceased, had the function of showing the latter the greatness of the grief of those close to him, with the intention of reassuring the dead so that he would not return to claim something in the world of the living. The religious practice, at the basis of the cult of the dead, started from the idea of rendering the corpse harmless because of the fear of its return: As Ernesto De Martino writes in Morte e pianto rituale (Death and Ritual Wailing), lamentation is a sort of “spell for the dead, a recitation of verbal and mimic modules that helps the living corpse to reach its stable condition in the world of the dead… Lamenting is a mobilization of the living to operate on the dead in such a way as to make it easier for him to reach his definitive home… and in such a way as to turn him into an ally. “ The melodic line of the lament follows a traditional and simple structure that could be slightly modified by the priest according to his area of origin.
Another practice to prevent the return of the deceased was to burn his clothes and destroy the bed on which he usually slept. The latter, burnt by fire (a symbol of life itself, with its cycle of birth-growth-death), represents a life that has ceased to exist and must be let go, leaving behind the ashes of memory.
The lament Ma emèna mu dispiàcesse keccia-mu, which is the musical accompaniment to the video, is part of the recording made by Alan Lomax and Diego Carpitella in August 1954 in the villages of Salento and contained in the text Musica e tradizione orale nel Salento by Maurizio Agamennone, Professor of Ethnomusicology at the University of Florence.