Monika Dorniak – Past Pieces Merging With What I Call Now 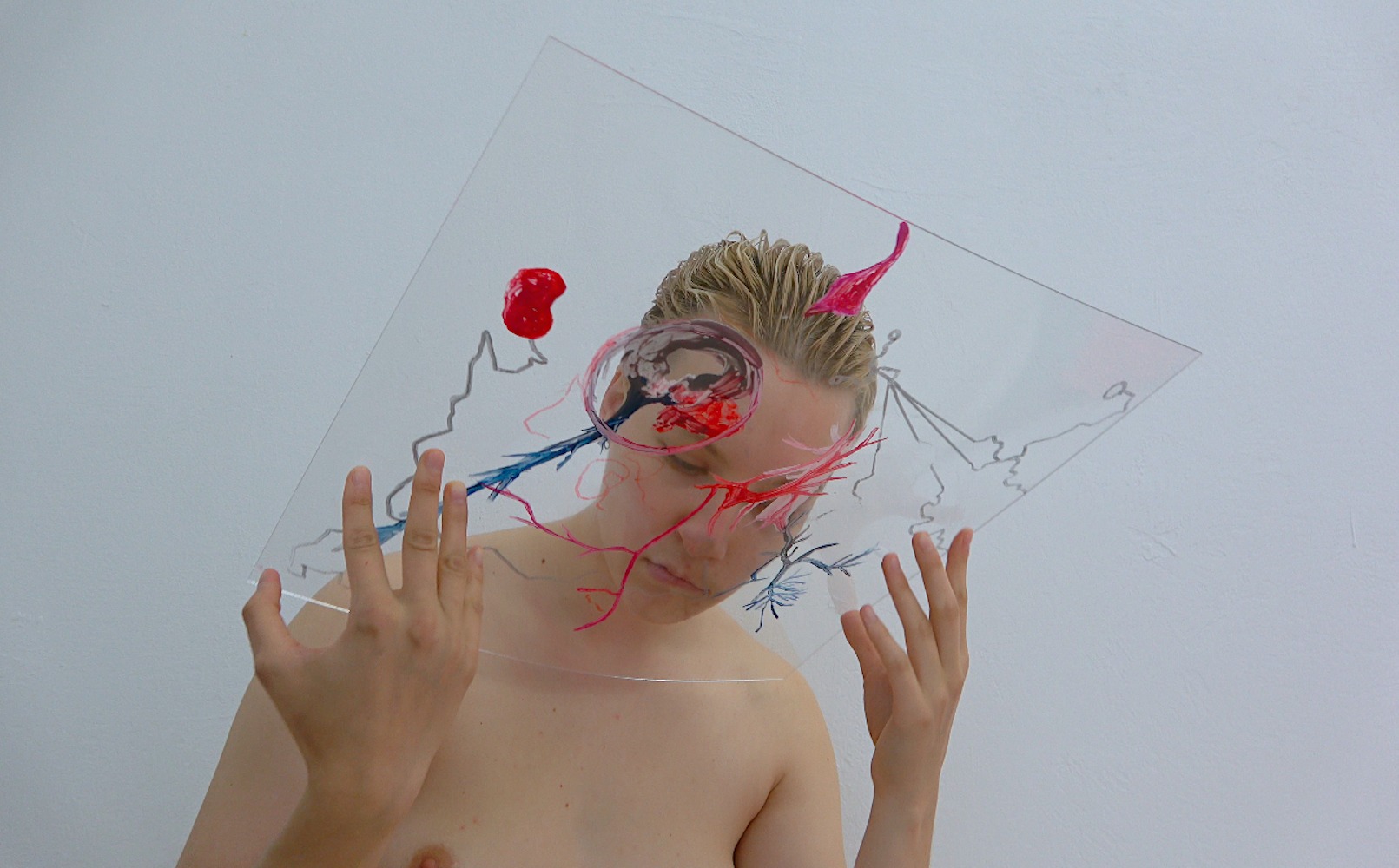 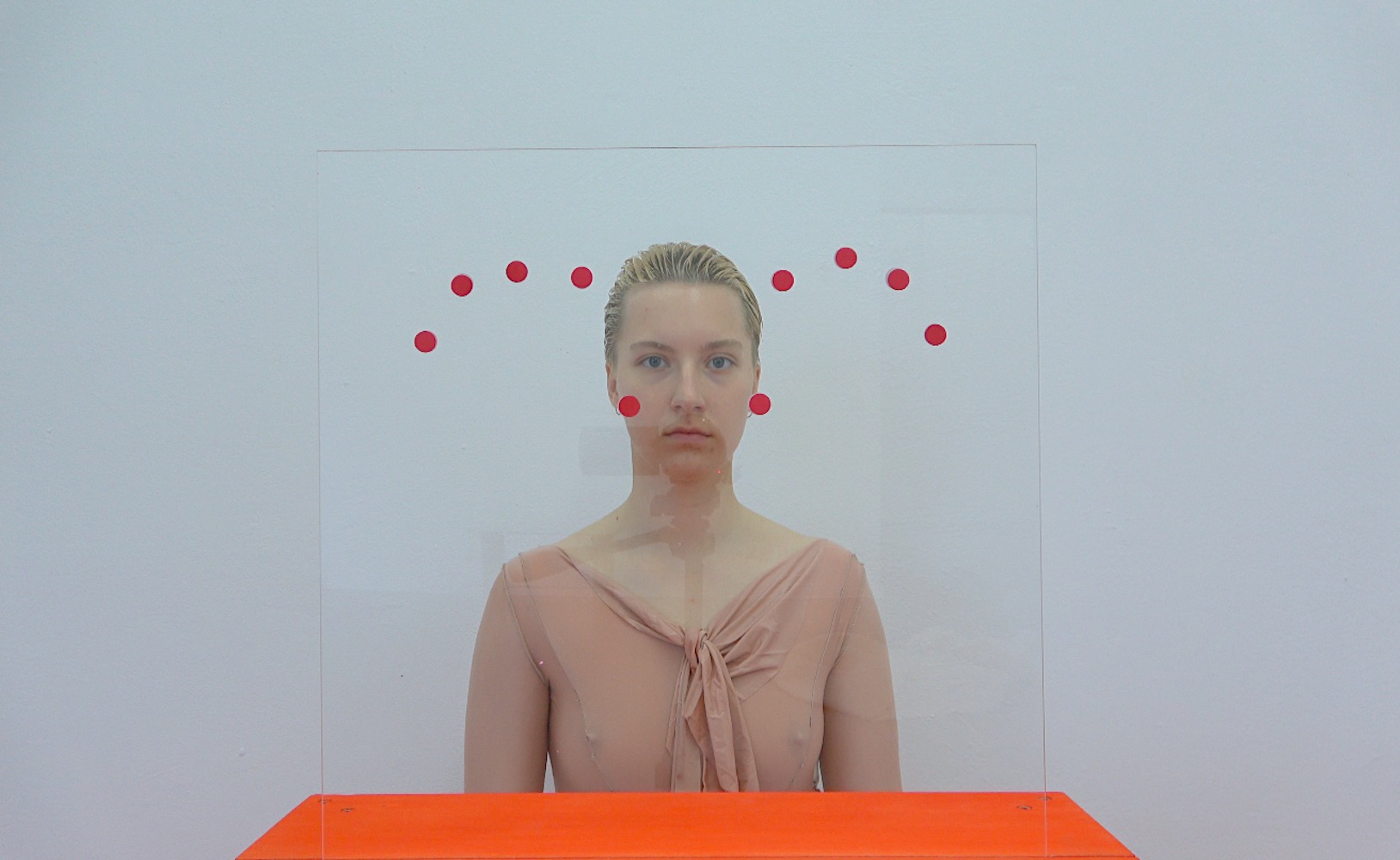 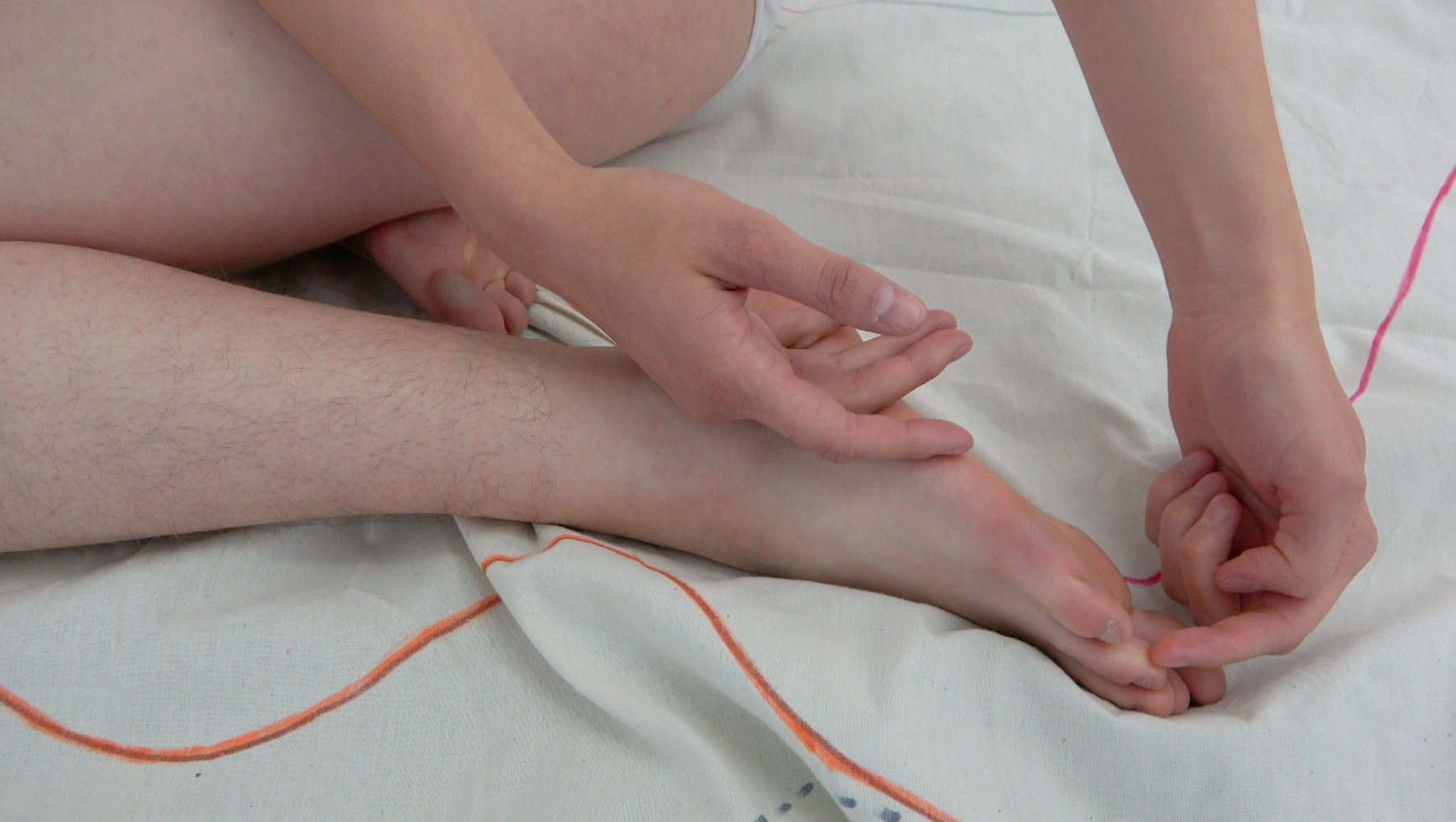 The multi-media work, consisting of video, text, sculptures, and performance, is reflecting on the subject of embodied maps, and intergenerational trauma.

Text extract:
“Our planet, like our bodies, are defined by their multiple layers of maps, which are all fluid in their existence, even though we have a human illusion of uniform concepts. Non-human agents constructed and deconstructed those maps over billions of years, and human hands redrew others in an attempt to organise the natural disorder around us in ‘the search for a junction between stillness and motion’ as Stengers and Prigogine described in Order Out of Chaos (1984), exploring our ‘organic’ relation to an anthropocentric nature, formed by synthetic systems.
This position within & outside the organic world has introduced an apparent paradox to the human species: a dependence on nature that runs parallel to the aim of being independent, to become trans-humanistic. What differentiates natural from synthetic awareness, is the human-made delusion that everything can be controlled, a false perception resulting from the fear of the truth, which ultimately is the manifesto of all political systems of oppression. This fear is fuelled by insecurity and leads to the exclusion of those who question the ‘political delusions’ constructed by a homogenous group which forms a ‘disproportionate superiority to the rest of the population’. In Dialectic Of Enlightenment (1944), published during WWII, Adorno & Horkheimer discovered ‘why mankind, instead of entering into a truly human condition, [was] sinking into a new kind of barbarism’. The sociological concepts they discovered can be applied to events throughout history until now. Individuals given the choice to follow a stream of false concepts or resist lies often decide based on the fear of social deviation, a concept instrumentalised by those in power, who understand and manipulate our urge for belonging.
‘Minds are working according to schemes and maps’ states Van der Kolk in The Body keeps the Score (2014) about his extensive research around the consequences of trauma, which he began to study through the Post-Traumatic Stress Disorder in war veterans. Man-made borders across fields, through rivers, creeping through forests and climbing over mountains, change positions with the moods of authorities. Vegetation has overgrown places where the bodies that fell fighting for those human territories are buried, yet the memories remain, silent, in the landscape, until they suddenly express themselves. My German grandfather sometimes discovered bomb fragments from WWII while cutting a tree from his forest, immediately triggering sensations of his conflicted childhood spent under a tyranny. Memory’s uncanny quality is its silent existence. Just as that vegetation overgrows the traces of a traumatised landscape, neurological networks try to form new memories in the human body. These scarred memories, however, remain as active agents of a present body: ‘humans are social animals & mental problems involve not being able to get along with other people, not fitting in, not belonging & in general not being able to get on the same wavelength’ (Van der Kolk, 2014).”