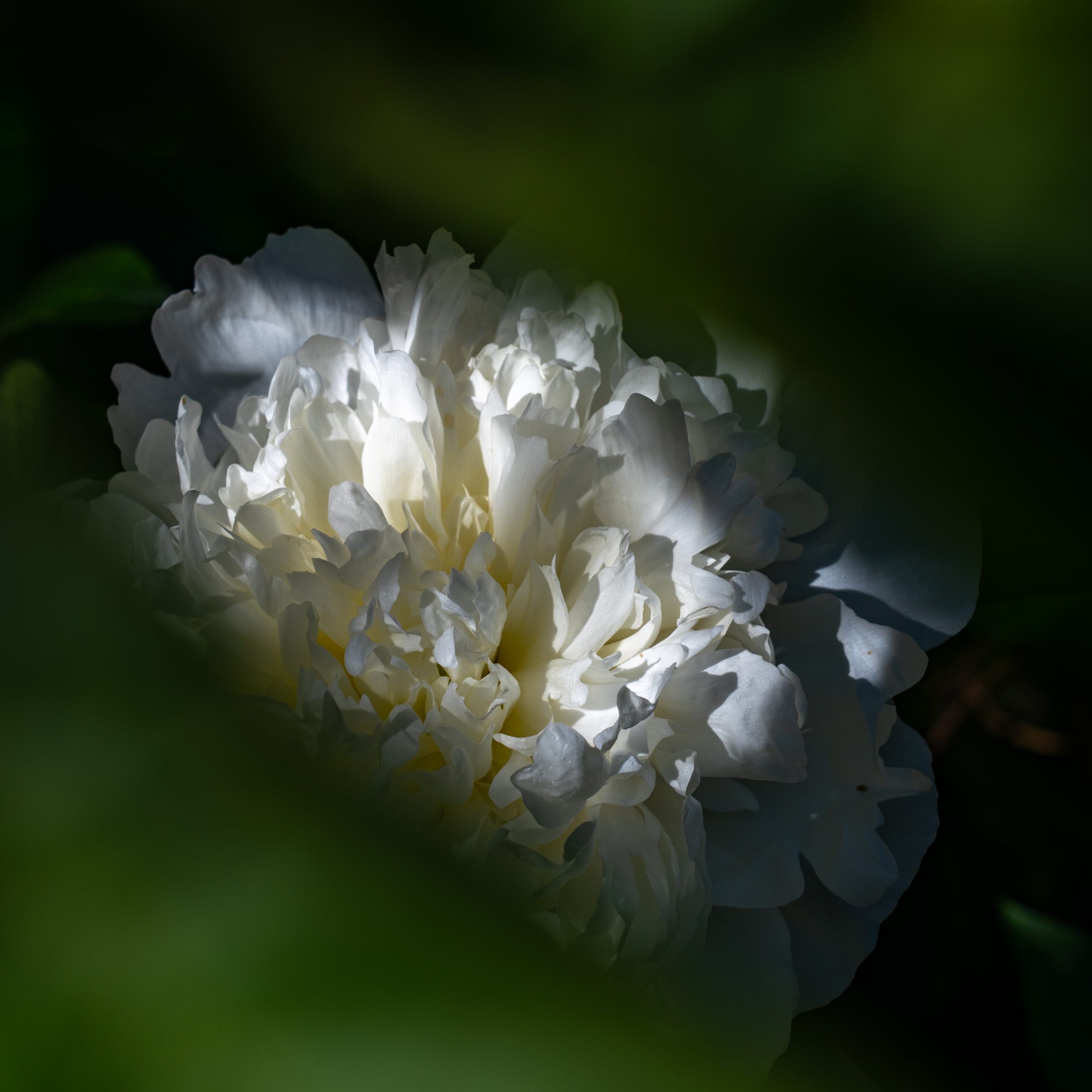 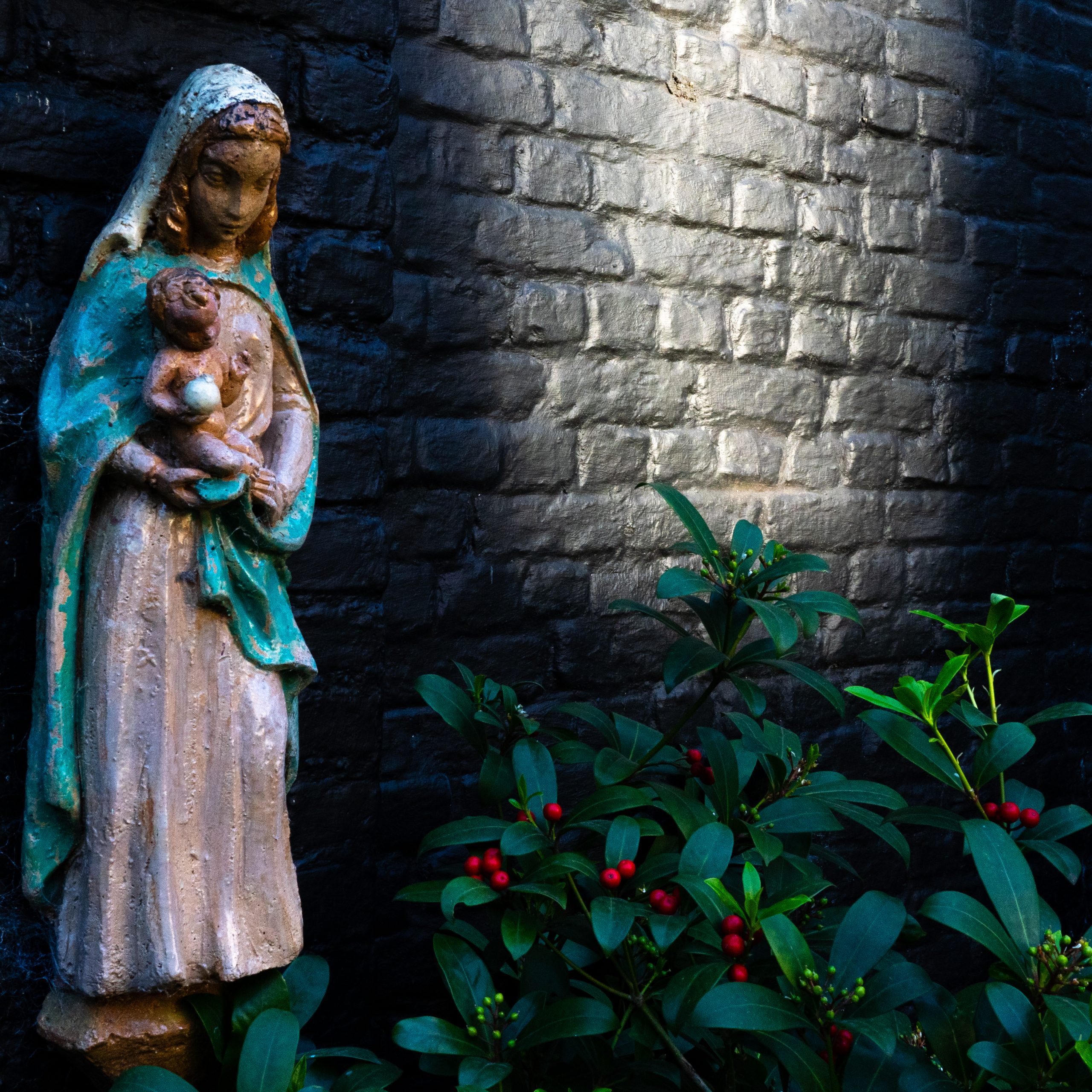 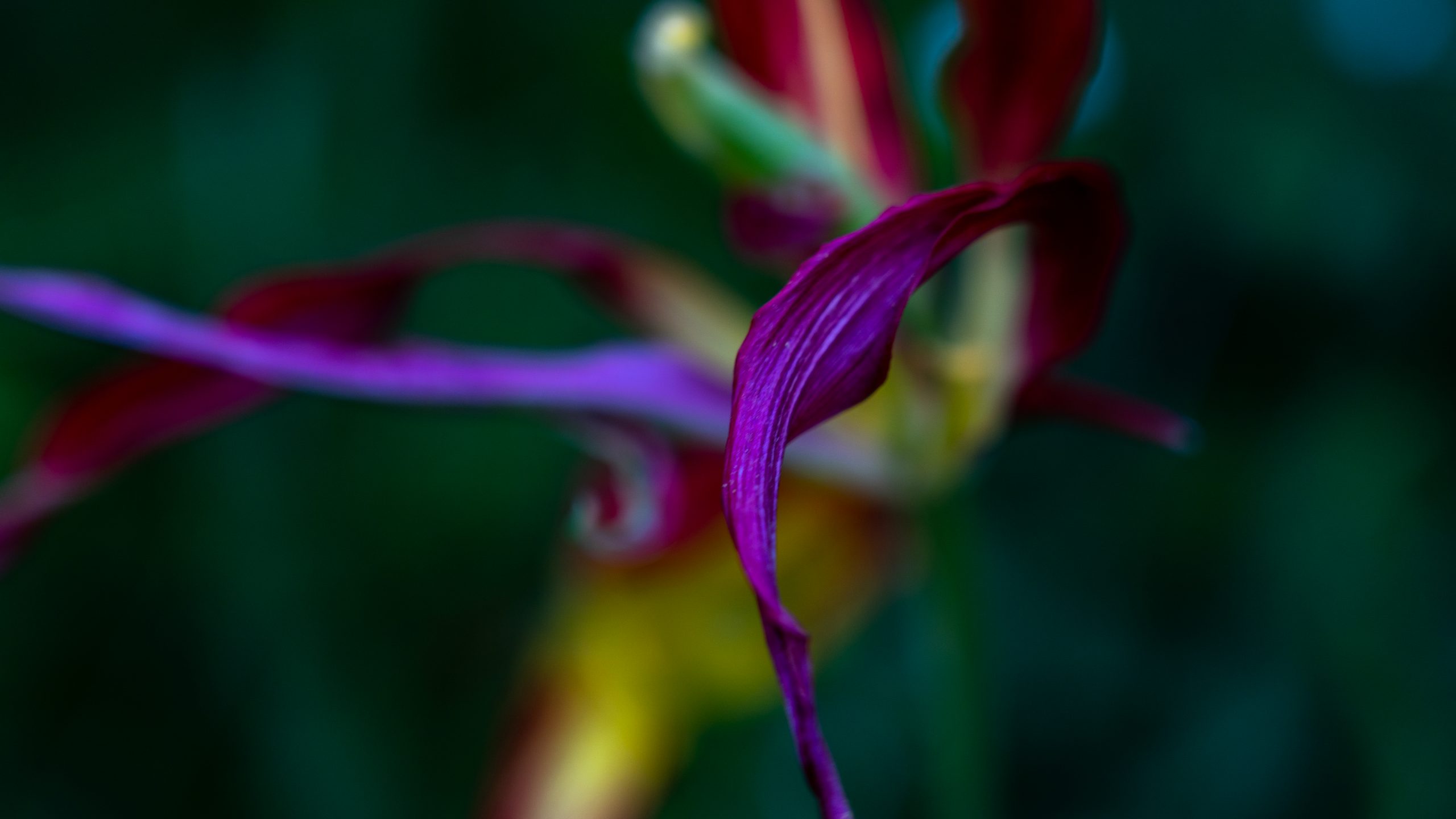 I was marooned in Antwerp, Belgium in the spring of 2020. While the streets and shops were closed, travel became impossible. The city, as so many others around the world, was vacant, silent, and lonely. Therefore the opportunity to film in a secret Hortus Conclusus came as a relief. The owner of the former rectory where the walled garden hides is a international landscape designer. Each day I made my way to the garden to film and photograph for him during the tulip season. It was a clandestine act and one which required me to avoid the authorities or face a steep fine. Once inside I was alone, making the walls seem less thick than they had been before the lock-down. Inside, outside. Either way I faced isolation, social distance, and long, silent moments sitting beside myself. It became almost laughable that in the time of Corona I should be sequestered in a holy garden once used by priests for meditation. A garden blooming with life on a burial site used during the time of the black death almost 700 years ago. This short video, entitled “Multitude/Solitude”, attempts to recite a sort of poem about the brick walls we attempt to construct between ourselves and our places in the world, even when those walls are mere abstraction or imagination, or when they somehow become manifest by choice or by chance.

Statement
I think of my works as visual/tone poems that depict the anthropomorphization of nature and the wilding of the human spirit. Through slow meditative images that often suggest the botanical and environmental as mere abstraction, my video installations attempt to blur the imposed lines of disparate realities. Through collage, literary thinking and surreal imagery the interior and exterior merge as something more than one or the other. Often the dichotomy of self and place merge leaving room for further introspection.