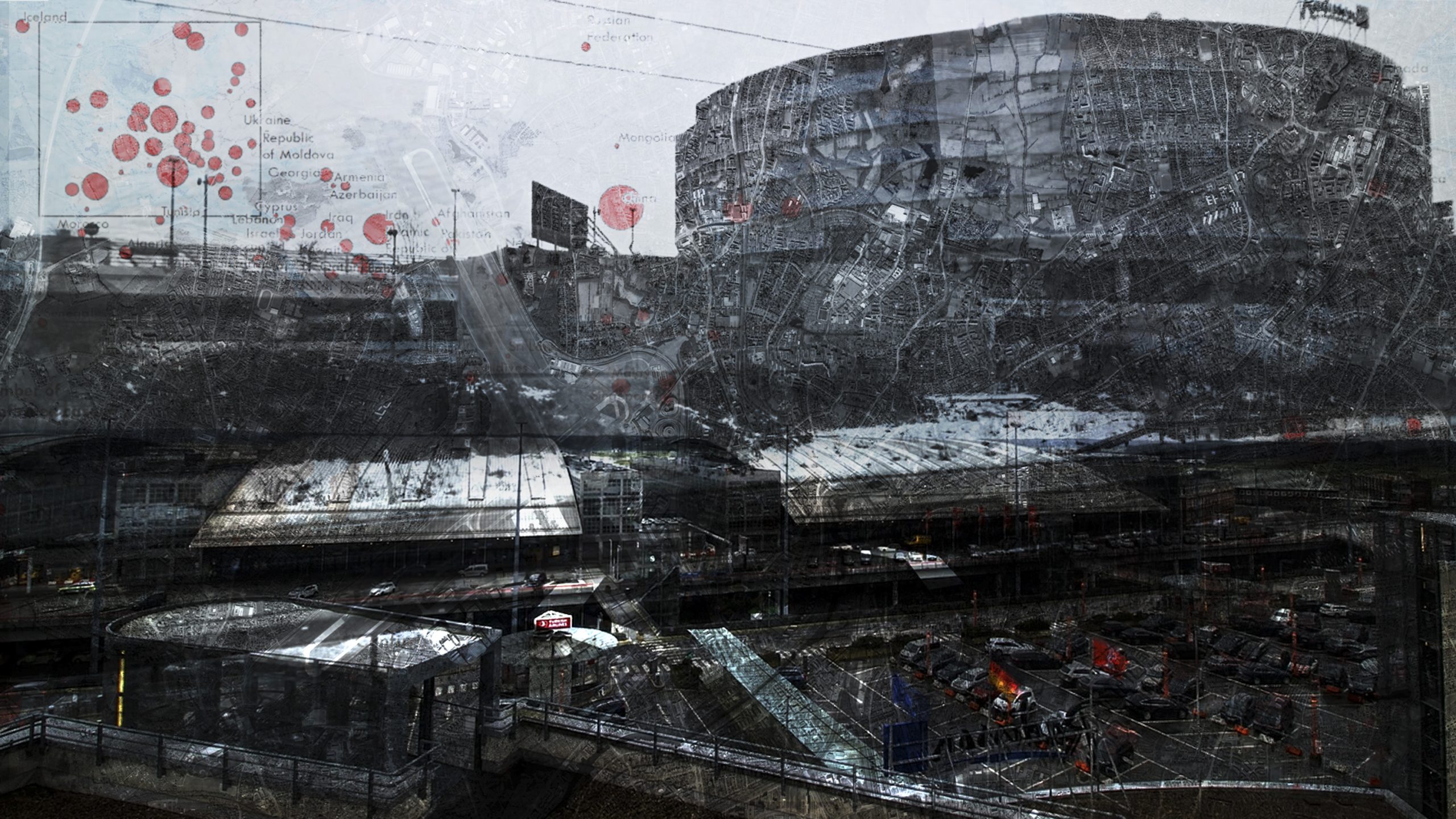 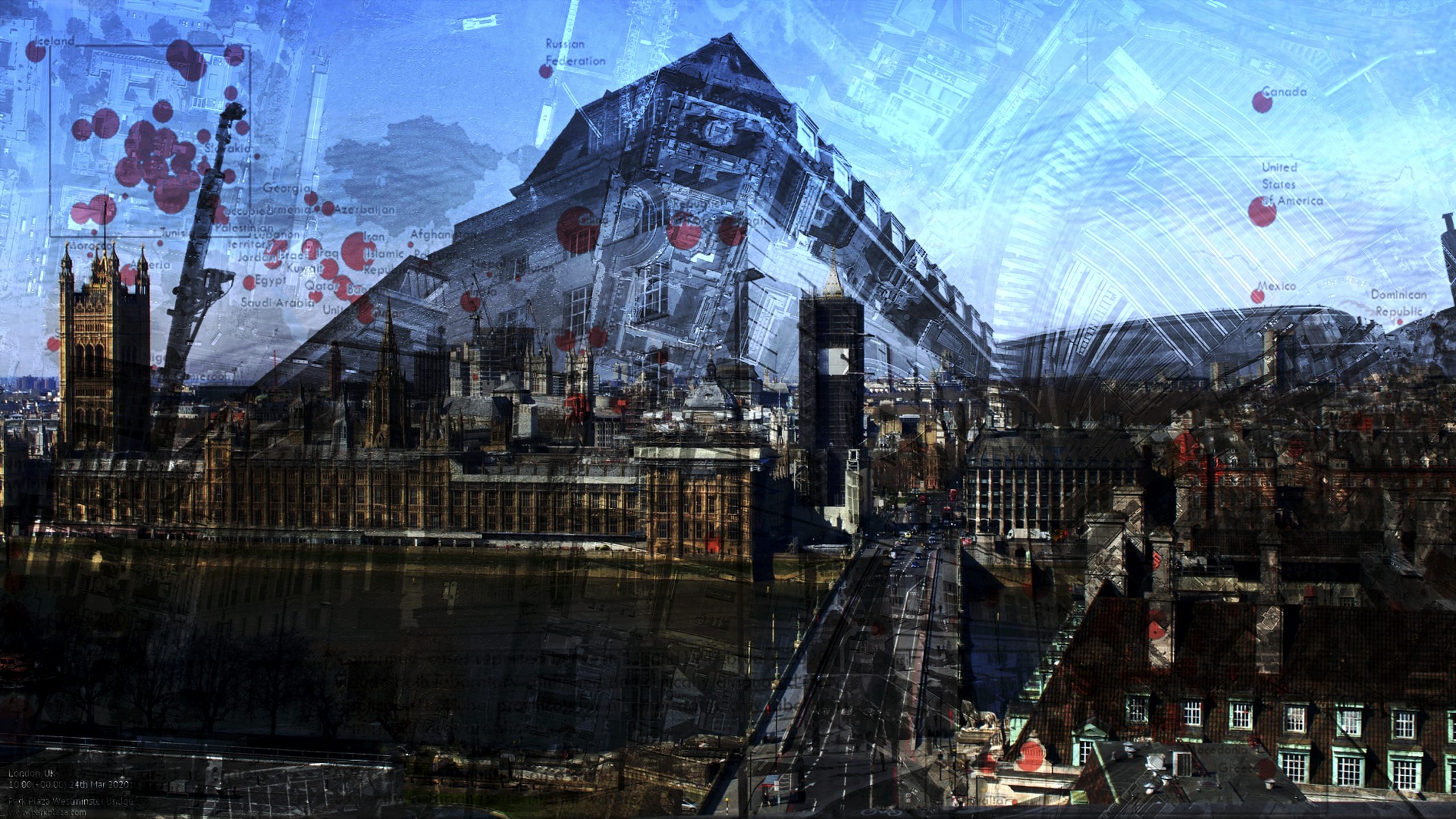 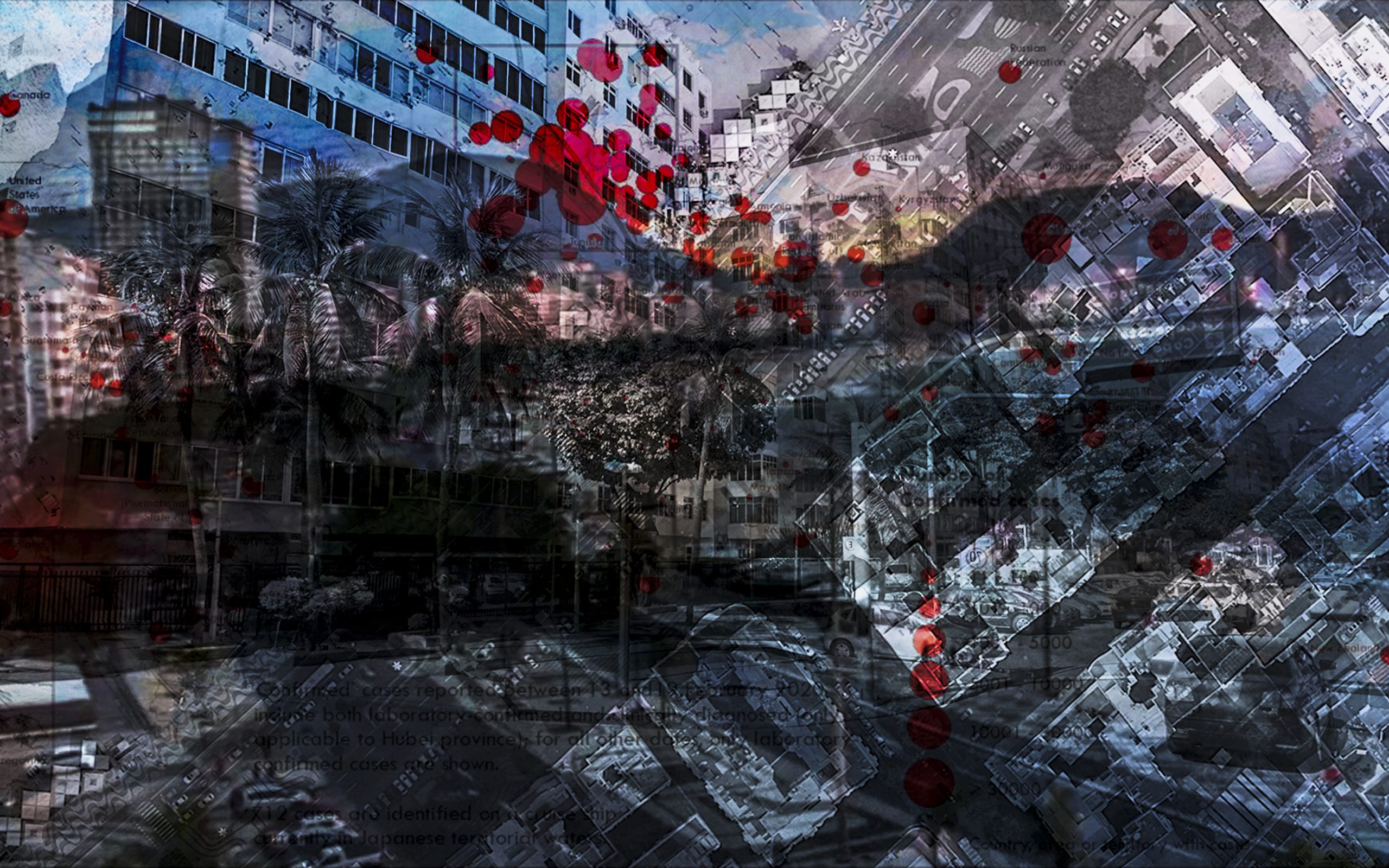 Humanity, forced to retreat, seeks to survive. The previous pulse of great urban centers, artificial landscapes forged by the human hand, vanishes due to the absence of people. The imminent danger of death and the instinct for survival, which lead to social isolation, highlight the indistinction between the human being and any other living species that are part of the same living and complex organism, called Earth.
The images, accumulated overlapping from different points of view in the same place, allude to human practices before the virus: a life called normal. This model of normality is called into question both by the addition, as an imagery layer, of the thematic map of the Covid-19 expansion from the first fatal victim of these landscapes, and by the value given to things created by that same humanity.
Human behavior, now diverse, values ​​a guarantee of survival in the face of proximity to death and the return of physical social relationships, now null and void. There is a silent chaos in these empty cities, with no apparent function or life.
Devoid of their original charge, images from “live” cameras and satellites (Google Earth and Street View, for example), are appropriate to constitute themselves as layers of a past time, in the present, anxious for a future to exist . This temporal uncertainty is what leads me to look, from inside my home, at the world in which both (me and home) are inserted. Confined, I look for life; not the one before, but the one to come.
When only uncertainty exists, images full of other images emerge: an accumulation of the previous in the void of the now. Without ending in himself, “Nemo non videt” (literally ‘nobody doesn’t see’), uses the human mechanical Argus to doubt whether, in fact, “Everyone sees”.