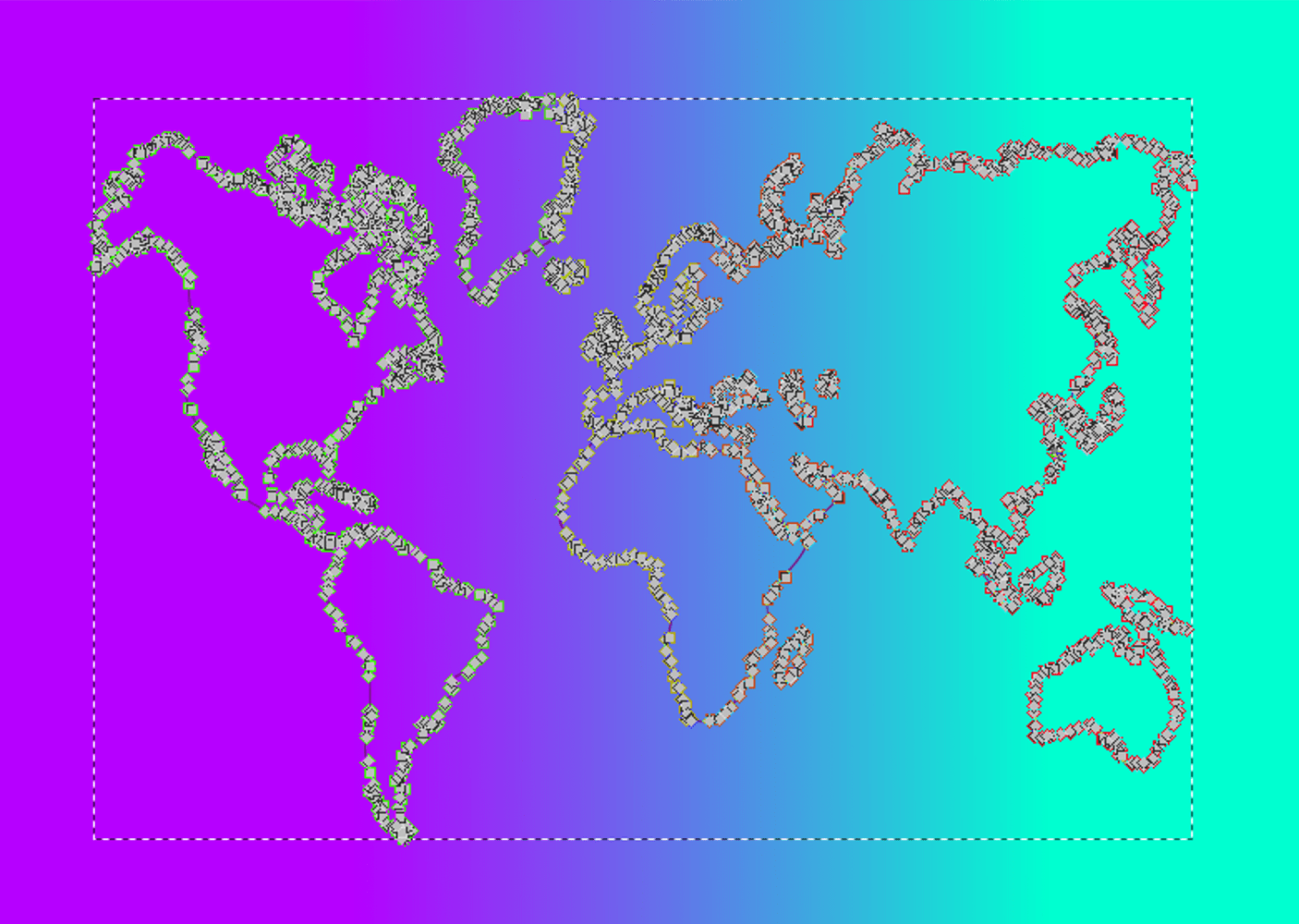 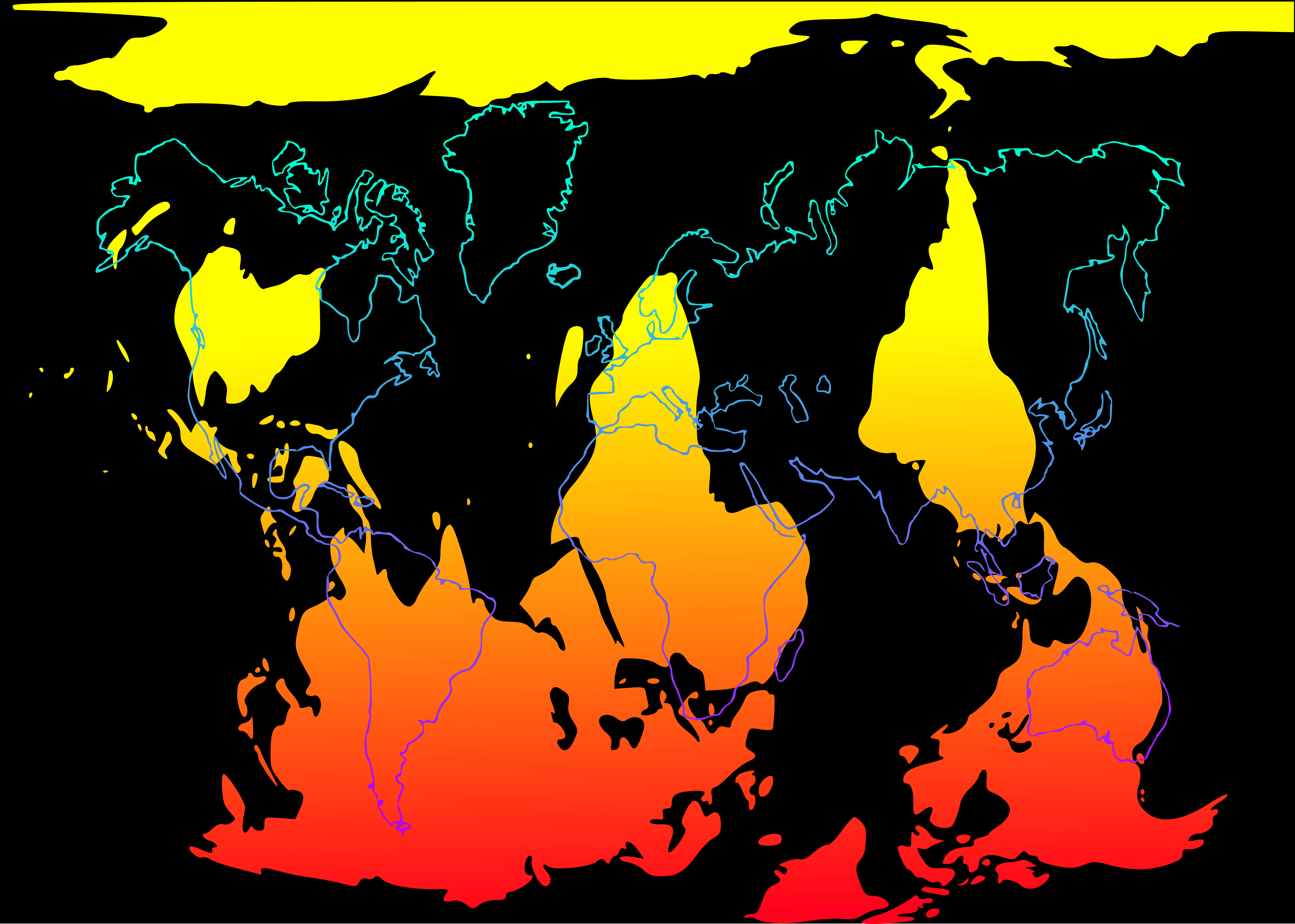 Cartography is the science of graphic representations of Earth and its surface. The representation of space through design is a way to virtually interpret space itself, wherein this kind of interpretation is a human invention. Cartographic representations, even if they are not presented in this way to masses, are partial and favorable to a certain region or group, since the “universal” considered representation presents the continents from north to south, in which “north” can imply the same thing as “top” or “above”, by the view of the dominant nation, while the south countries are “flattened”, impotently represented. Through a post-colonial and anti-imperialist perspective, “Neo World Map” seeks to represent the world map via graphic design, by building vectors, which are virtual points and, therefore, immaterial. Since the formalization of maps, cartographic representation has been reduced to mathematical and geometric proportions, and so they are made from vectors of mapping and georeferencing software. This work assumes that both vectors and the representation of space – through cartography – do not exist in nature, and thus become virtual elements. Earth and geographic space are independent of human interpretation, as they will remain as they are in nature; the map becomes an archetype of what the Earth is, and so humans begin to interpret continents from an image, and not from materiality.

“Neo World Map” is a subversive way of producing cartography, where its purpose is not to georeference, but to point out and symbolize the problems of the false “universal” representation of planet Earth; here, the world map is placed in an anti-colonial representation: from south to north. This cartographic representation is a search for the emancipation and recognition of the countries of the southern hemisphere, colonized nations and placed in the background in the anthropocene era. Representing the south “at the top” of the map is a way of drawing attention to the system in which we live, and that it is necessary, more than ever, to direct our anger towards the anti-colonial struggle. The maps’ virtual representations and their respective geographical limits should no longer satisfy the colonist’s gaze: they must support the struggle of the colonized.