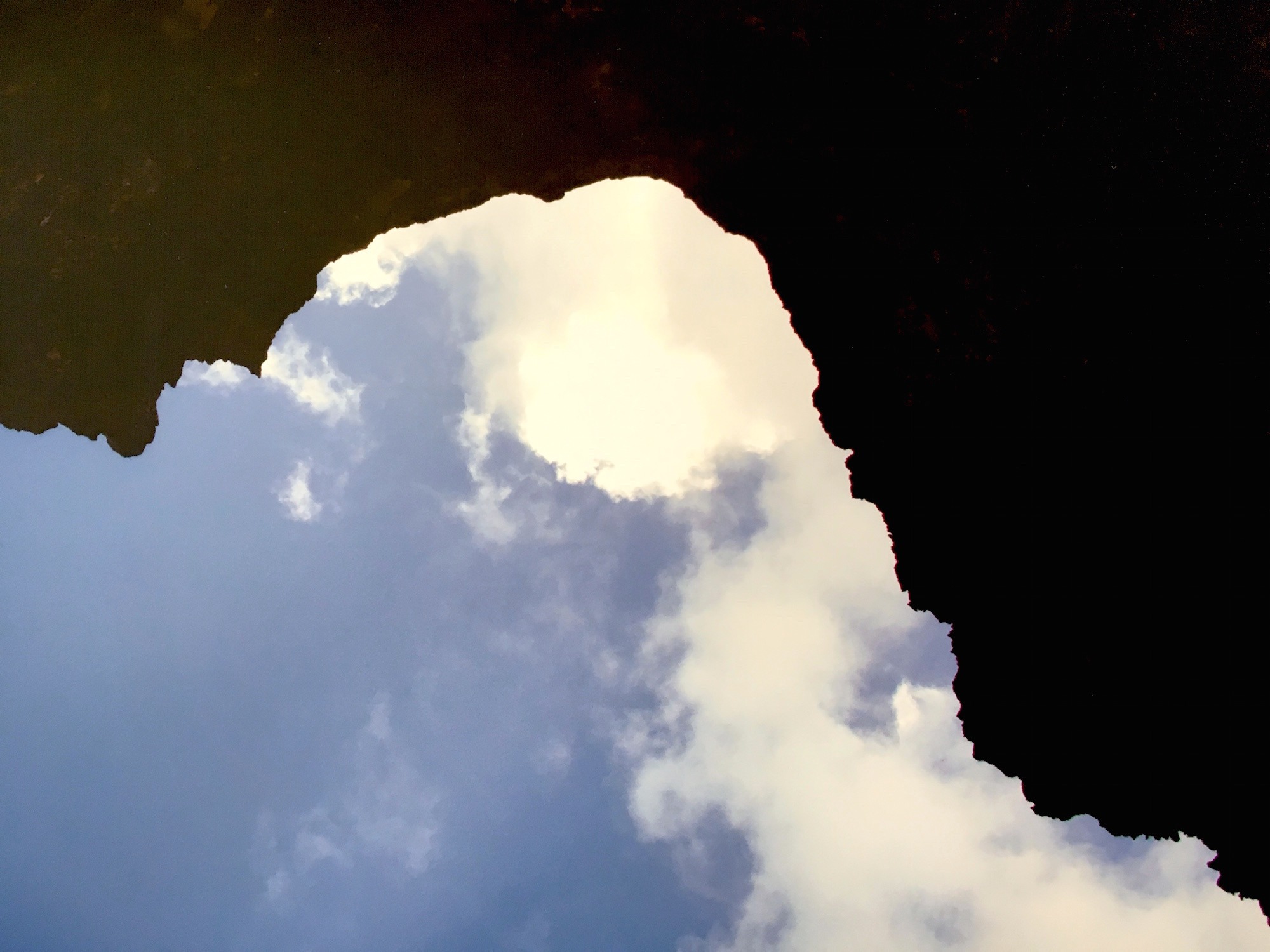 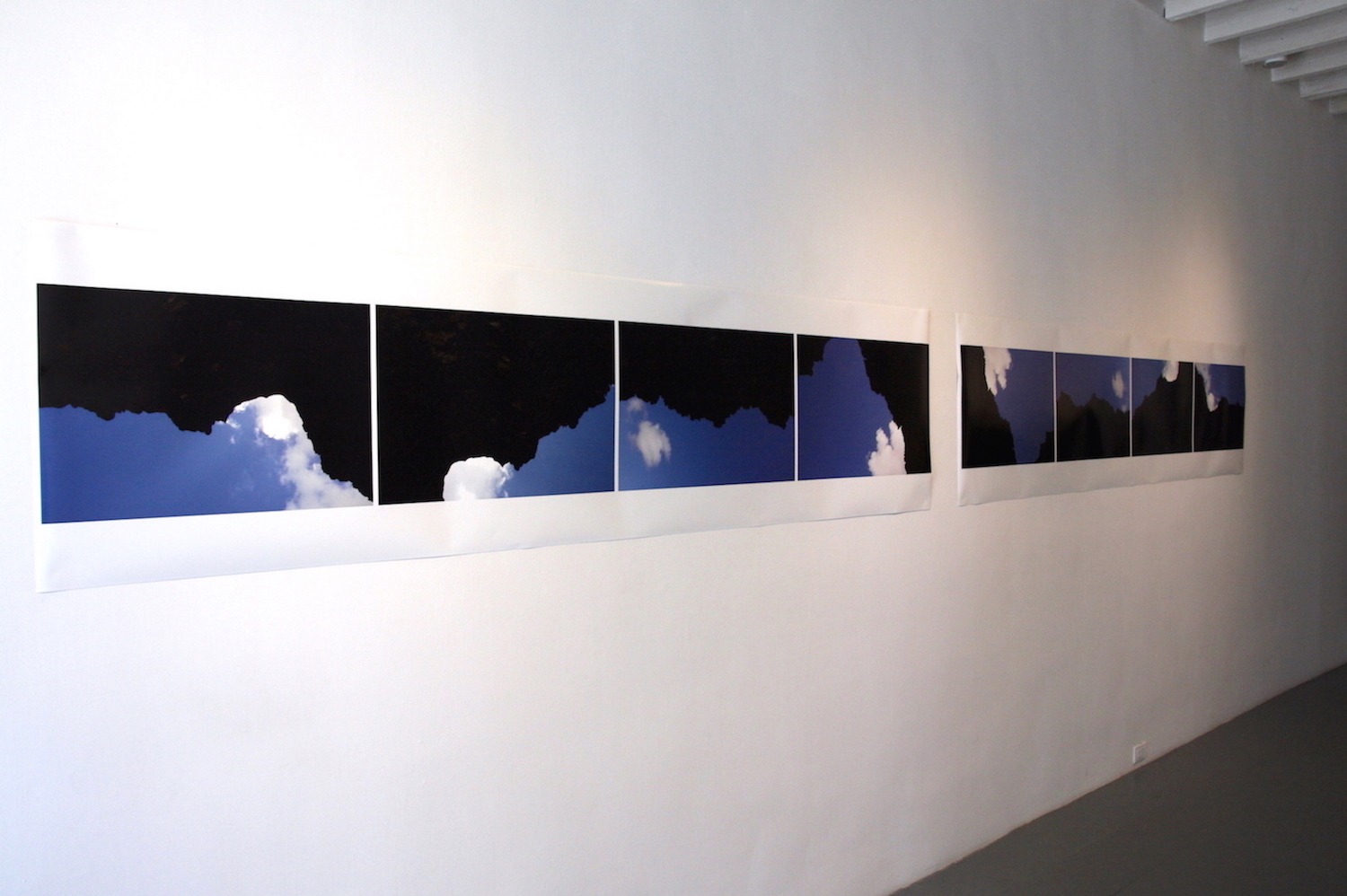 Both North Point (2017) and Traverse (2017) use disorientation to subvert our culturally preconceived understanding of the geo-political world. They play with what is considered real perception to point to dominating viewpoints that originate from our history of colonization and the continued domination of Western thought.

North Point is a series of images taken in the north end of Barbados. The images are presented both in their original orientation and inverted – taken from various angles around the cliffs, what could be perceived as inverted is not necessarily so. Cliffs and sky shift figure and ground in order to question what is north and what is south. Vibrating boundaries highlight how cultural preconceptions play into and conform our understanding of the world we live in.

The Caribbean Sea divides but also connects the various nations. Historically, it acted as a point of rupture and trauma as enslaved persons were transported across the Atlantic into the Caribbean. That trauma has endured to contemporary times as an unknown number of people have died at open sea between Dominican Republic and Puerto Rico, Haiti and Cuba, Jamaican and Cuba, Cuba and Florida. The sea also provides a tempo to life on an island. It can provide nourishment. Some people swim daily, some people fish, some dive and surf. Others do not know how to swim at all. And, it is ever-present in the fantasy of paradise. Traverse is a looped video of the Caribbean Sea. The moving water is compelling to watch but the projection is inverted vertically to create a subtly disorienting effect. Water connects and is welcoming but can also erase, overwhelm and subsume.