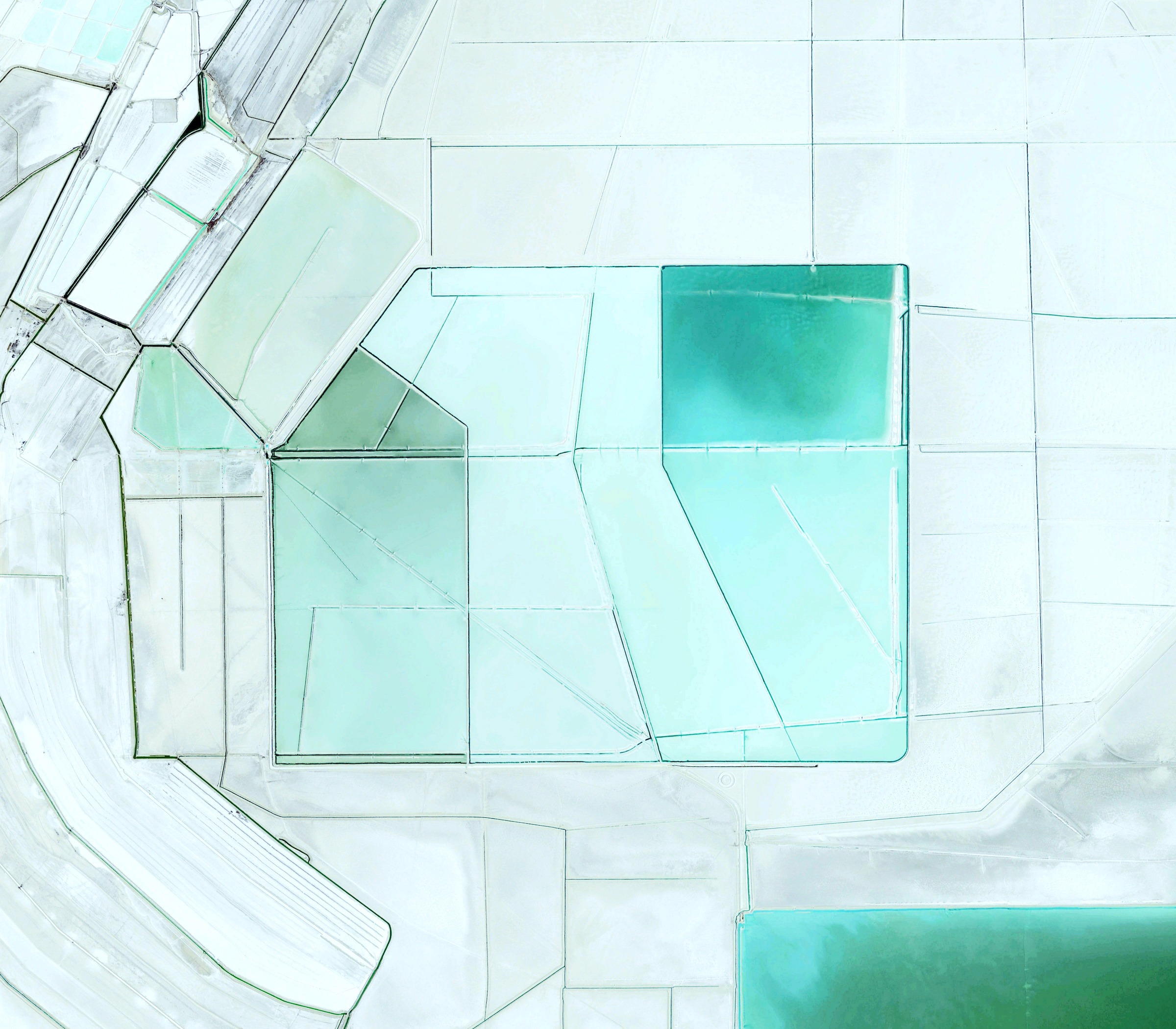 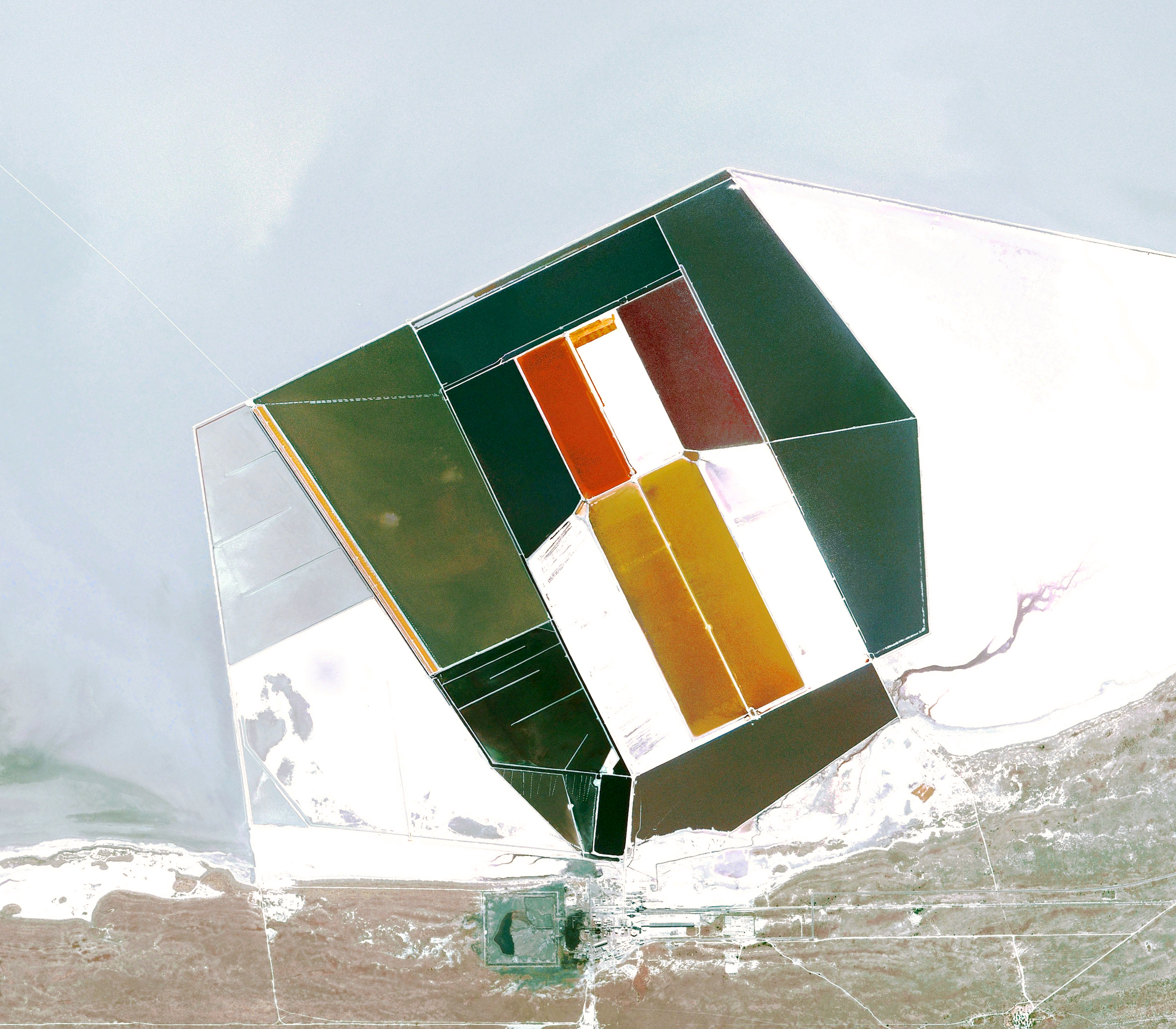 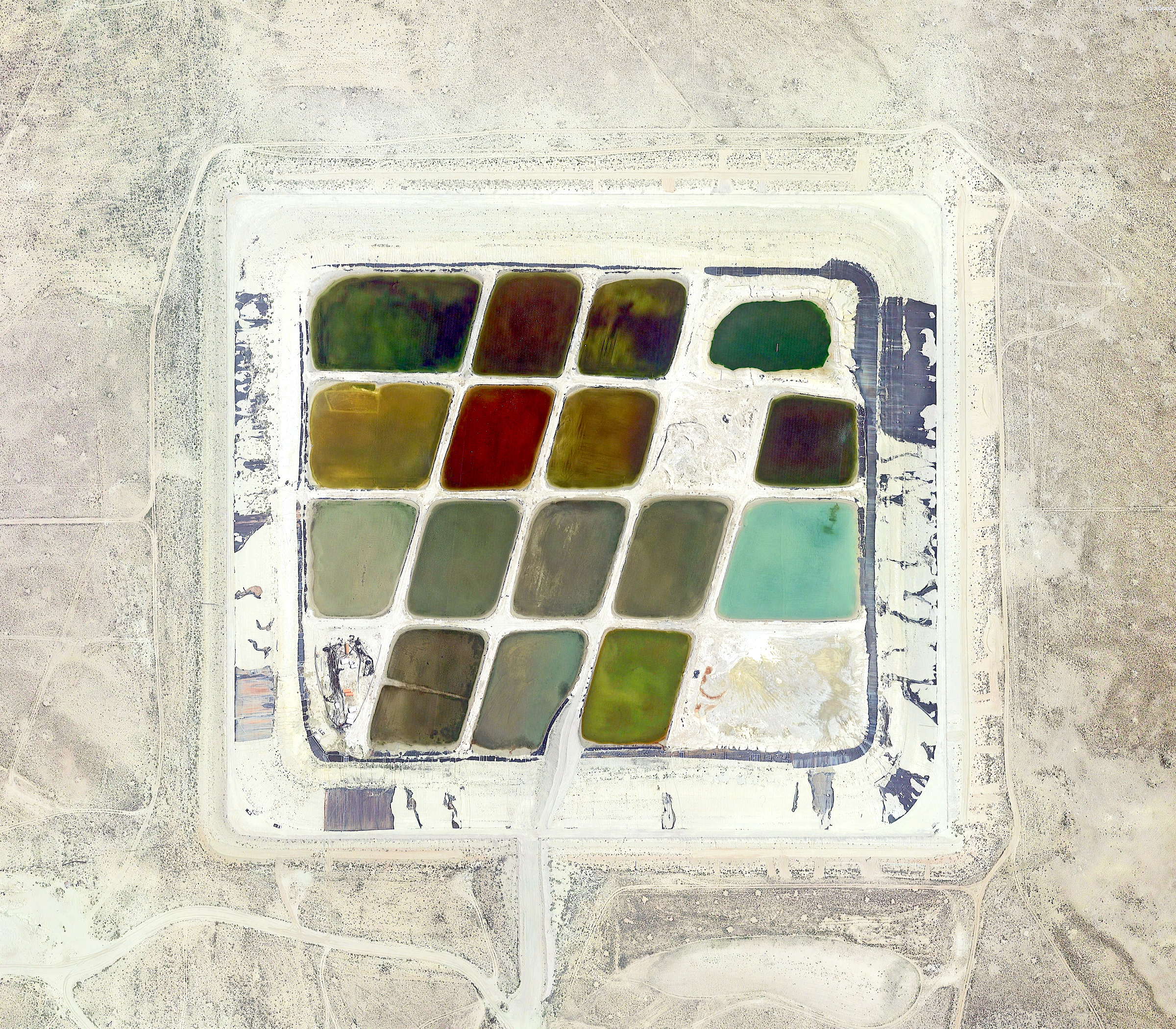 The aerial images generated by satellites have always attracted the attention of my eyes. At first, this happened in the visual field: I love the geometries, colors and textures of those images. Then, I added the perception of the unprecedented that the look from above brings to what seems to be common, revealing new and surprising dimensions of the human being’s relation with the soil we inhabit. And later on, I started to understand and use satellites as a photographic camera that allows me to be anywhere and produce images of these relationships through that machine in orbit. This constantly growing collection, which I call the Satellite Gallery, was photographed by me using softwares that overlays satellite images, forming large mosaics and allowing the capture of these images in high resolution.

The deepening of my relationship with these images took place over years of research. Initially, I did not understand them as a photographic project, but as an image bank. Gradually, I realized that my process with a camera in hand is very similar to my process with satellite imagery on the computer screen, involving basically the same issues. More recently, already in times of pandemic, quarantine and social distancing, when the desire to photograph was physically limited to a few meters away, I saw in this project the possibility of breaking the frontiers of isolation and taking another plunge into this wide universe.

It all starts when I propose to “go out” to photograph, flanking in search of subjects, frames, angles and compositions. The tour starts with the image of the globe, and goes on gaining unpredictable paths, in an uncompromising but attentive pace, until I find fragments of that reality that interest me to register. I then look for the construction of that photo. My vision is greatly influenced by the architectural language, and in photography, including this project, this is no less evident. I seek geometric relationships, proportions, plans and perspectives at all times. But the theme that permeates all images is always the relationship between human beings and the planet, and the visible marks of that relationship, expressed in organizational systems that reveal their intrinsic aspects.

In this specific three-photo series, the focus is on the large artificial salt pans, an ancient human practice for the production of salt through evaporation. The built forms, defined by local conditions and techniques, contrast with the surrounding natural forms, which I try to highlight by choosing the best composition. The textures seen from the sky are rich, and the minerals existing in each compartment make the colors vary in very different tones, forming showy palettes. With a careful eye, in some cases it is possible to find more recognizable elements of human presence, such as warehouses, trucks and roads, allowing a sense of scale in these large areas.