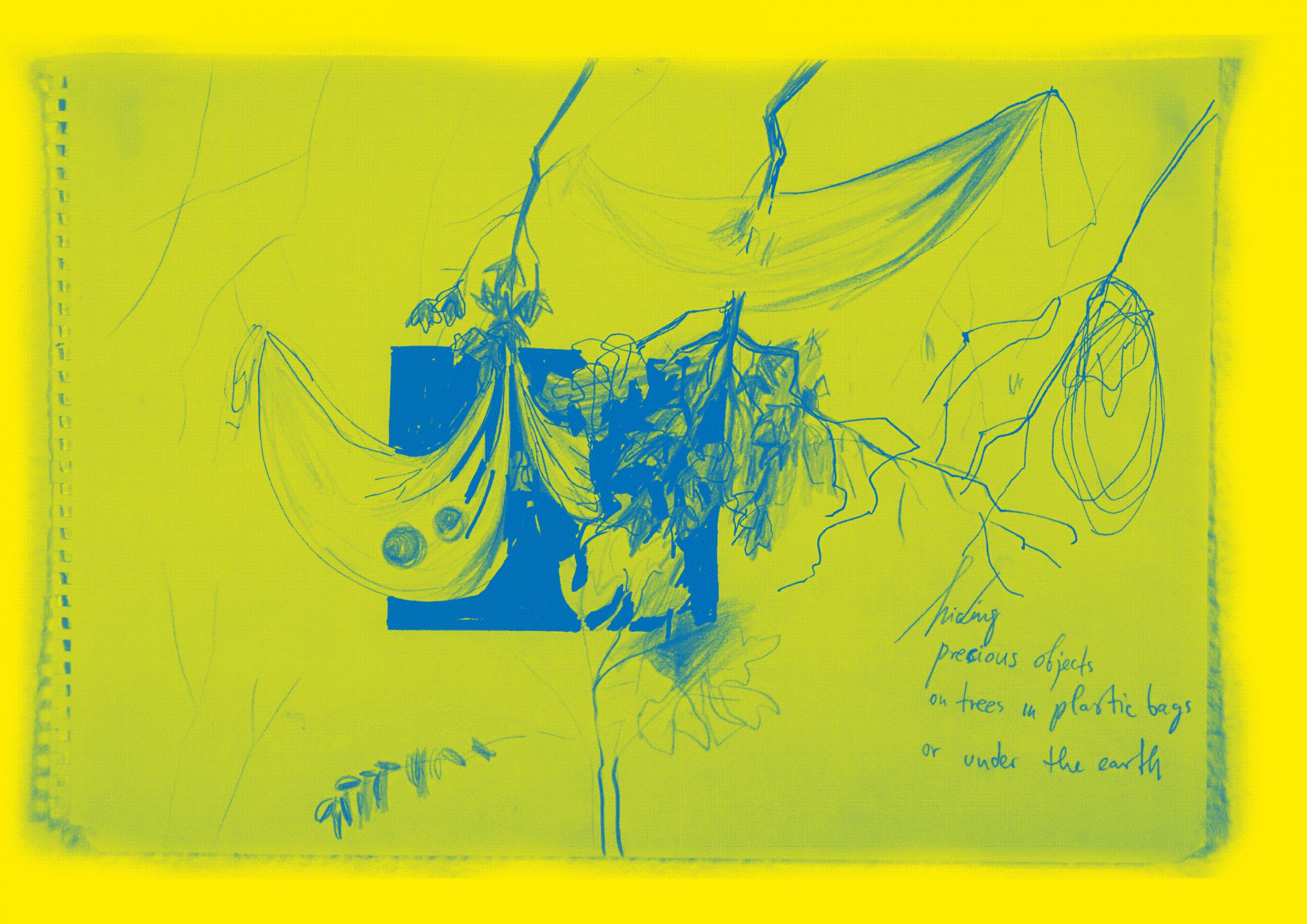 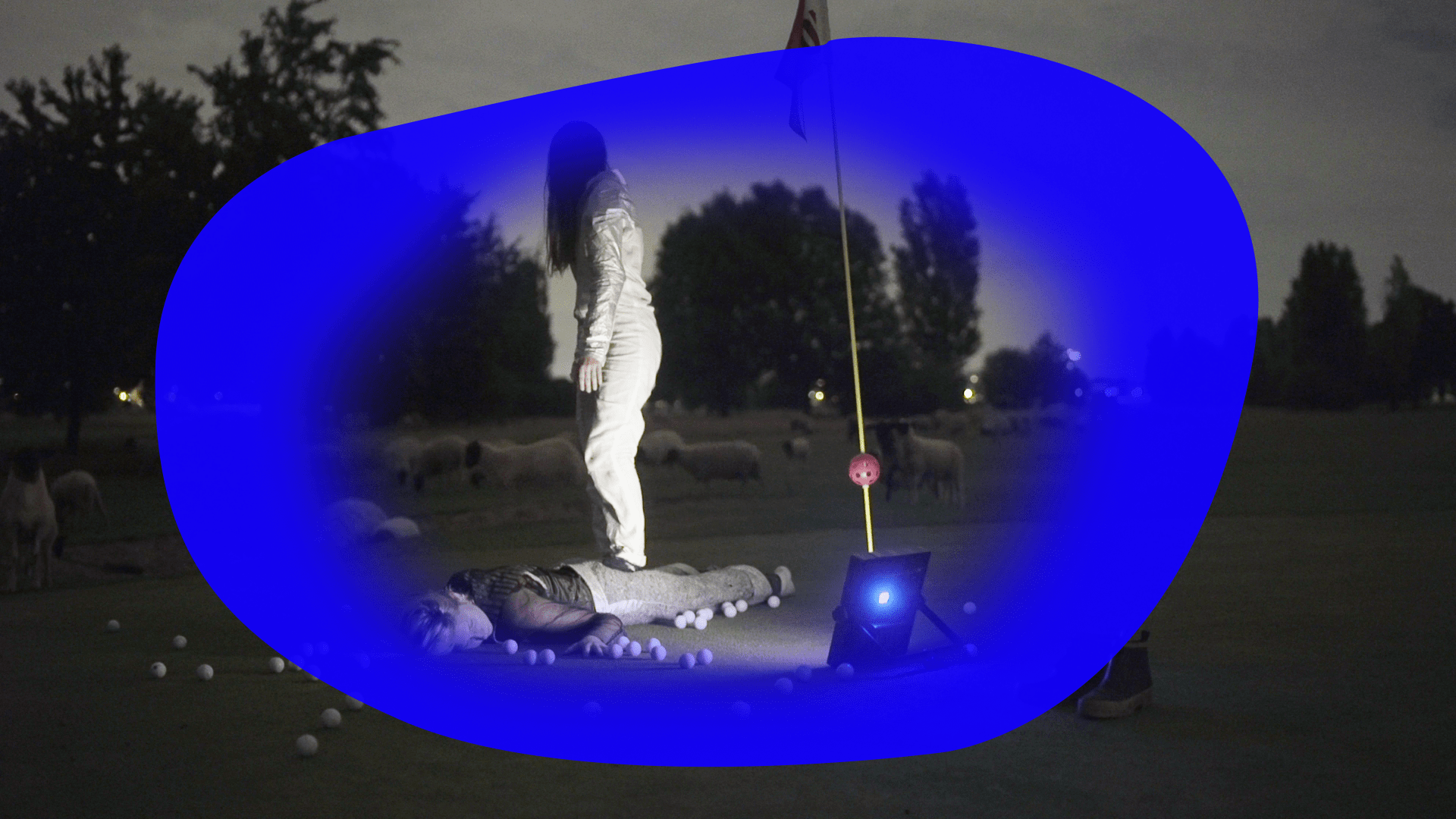 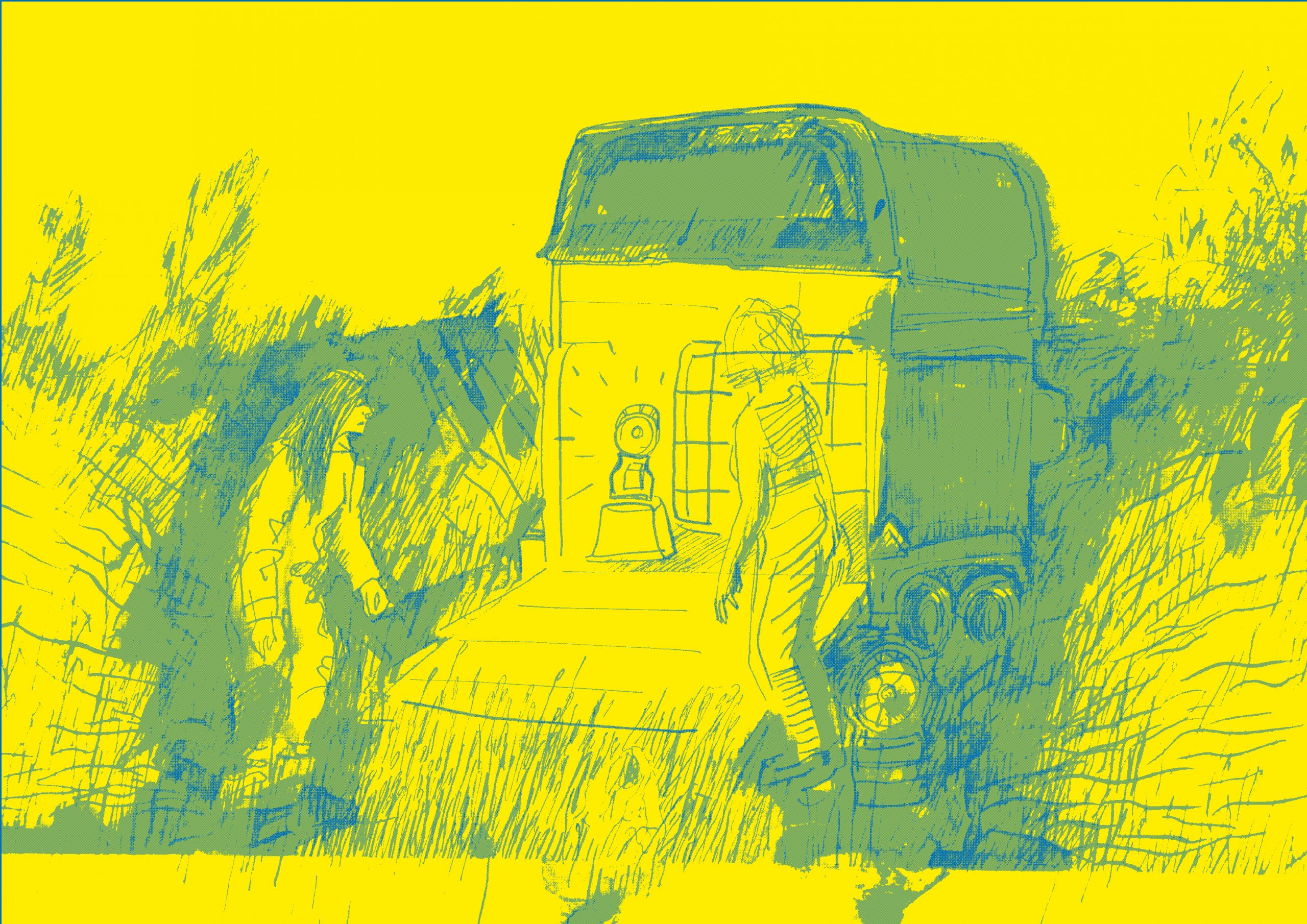 THE PROJECT
“Searching in Amnesia” is articulated in videos and performances. The videos are non-linear fictional narratives. The first part, filmed in Düsseldorf, is based on peri-urban spaces: industrial wasteland and the abandoned premises of a golf club. We explore the interstices of the city and interact with the architecture and the traces left by the inhabitants. This projected future is embodied in peripheral urban spaces, “cartographic holes” where a world after the end could be dreamt of. It is a reflection linked to current issues and the threat of ecological disaster. We imagine the man and woman of the future as nomads, forced to adapt to a destroyed world where they must recycle and find new uses for the objects that remain.

TESLA FUTURISTIC THEORIE
In Nikola Tesla’s theories of wireless energy and a post-humanistic worldview, human energy consumption and nature become a seamless transition -the cosmos becomes a source of energy inhis imagination. When we look back, our life story begins with energy. Every species on planet Earth transforms energy into growth and development. In the early days of animal and plant life, solar energy, the sole driving force of our universe, was converted into sugar and building material through photosynthesis. The others fed on this. It was a part of existence to seek energy strategically, because nobody can produce energy by himself. In the 19th century, the human dependence on renewable energy sources changed, because lignite was discovered and with it ways to operate engines for steam power. During Nikola Tesla’s lifetime electricity was added. In his autobiography he wrote “The present is theirs; the future, for which I really worked, is mine.” His invention of alternating current and the desire to communicate globally by wireless technology showed an ideology of the interacting world of today. However, we are now encountering a new global feeling. The seemingly infinite energy we have generated is affecting our livelihood through greenhouse gases.

STORY:
It is the story of two characters who have survived a breakdown of ecological and social nature. After a solar storm, the electrical network on Earth would collapse. All digital memories would be erased. Regular power from a wall socket would be lost in the universe of ‘Amnesia’. The characters evolve in a global memory loss and try to explore and understand the world. Some sources of electricity have been left, mainly due to the artifact of the portable battery. electrical energy is mainly used for lighting, as computers and most machines have been out of order since the disaster. In this universe, lighting has taken on a different dimension, its scarcity has made it precious and destined it for new purposes. In the new world, people take light baths after sunset and communicate at night using light signals. The survivors find various objects, which they recycle or assign to a new function -they create new rituals.