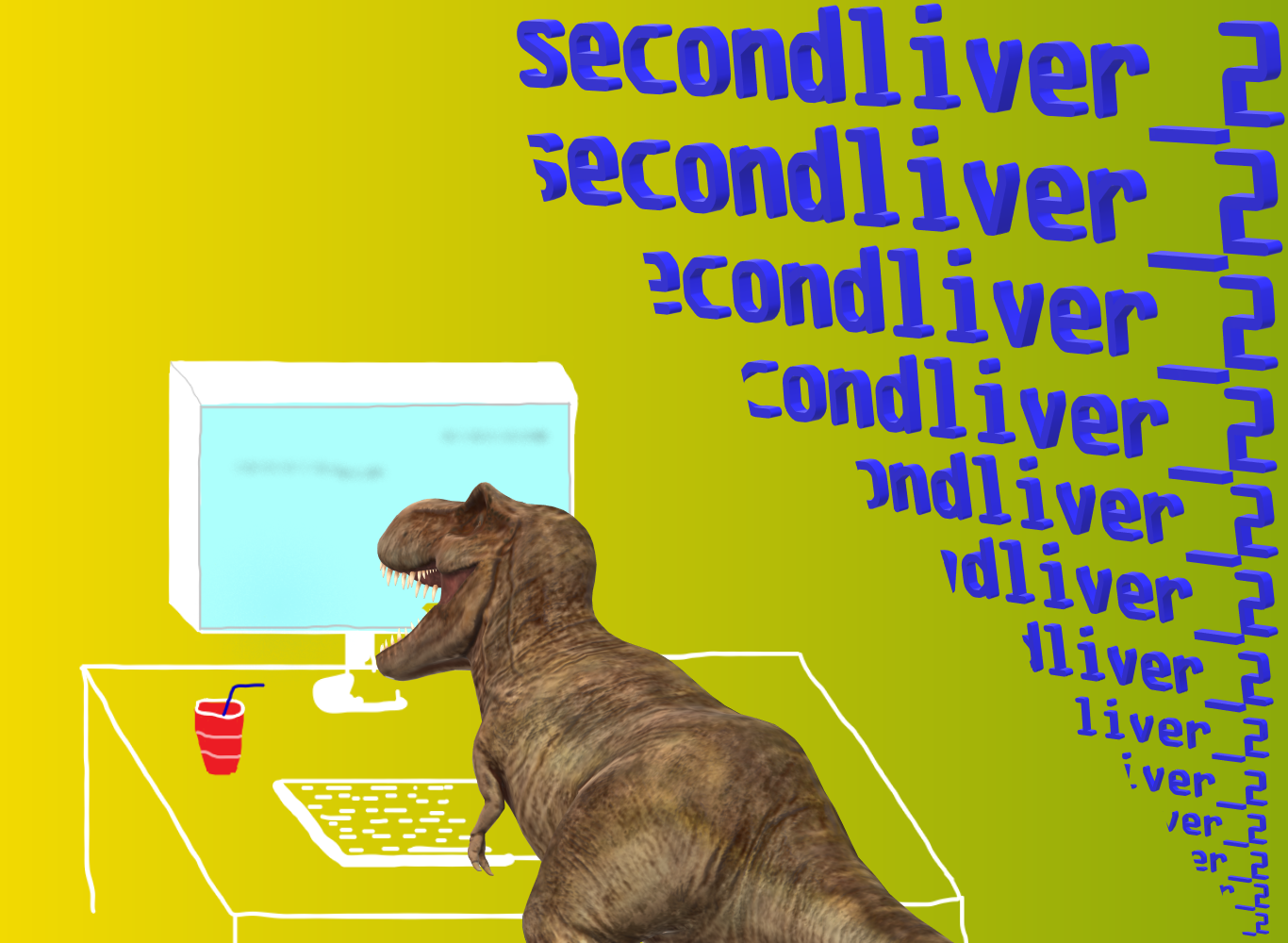 Secondliver_2 is an allegorical, interactive browser-based
experience, immersing the viewers in a rave party dedicated to
the end of the world. The website incorporates original music,
videos, illustrations and animations created by the female,
ethnically diverse duo Georgiana Barcan and Aida Sharaf, who
perform in the virtual world of the piece through their
avatars. The website acts differently for each viewer who has
the possibility to choose their own paths of exploring the
narrative, each time discovering something new. No page is
like the other and even if it seems like you have been there
before, you haven’t. While each page is constructed around the
main theme, the representation of contemporary culture has not
been left out, as one can witness rap battles, prayers,
feasts, natural disasters and so on.
Secondliver_2 proposes a different ending, one that is not
tragic and where humans, for the last time gather regardless
of race, gender or age to celebrate and dance, listen and
experience. In constructing the website, the duo proposed it
as an archaeological site for the future, one that hints at
the causes of the ending, but also shows an opportunity for
alternatives, as an ending might also mark a beginning. As
people leave their traces on the website, others can see and
even modify them. The duo wanted to explore the different
possibilities of an ending, be it personal, planetary,
ecological or that of humans and whether when speculating
about such ideas one hierarchizes the importance of species
and non-humans. Mapped by the words of relevant critical
thinkers, the piece can be seen as a manifestation for action,

togetherness and “tentacular thinking” (Donna Harraway, 2016),
illustrated through the female perspective and experience.
The project can be accessed by anyone who surfs through the
entanglements of the worldwide web.

Blurb:
Secondliver_2 is a vibrant virtual immersive experience
inspired by 90s net art. It is based in a virtual club where
each floor tackles different social issues in an enjoyable
way. The viewer is faced with the chance to make decisions
that will navigate their way through each floor.

Aida Sharaf is a UK based interdisciplinary artist and performer of Middle Eastern descent. Her upbringing consisted of listening to Arabic and Western Pop music which have influenced her passion and curiosity for sound exploration. She then discovered her love for R&B and Soul/Funk music where she found inspiration from artists such as Aaliyah, Prince, Luther Vandross, Lauryn Hill and more, that have shaped her into the artist she is today. She uses these inspirations to create music by experimenting with genres, sound, and culture. As well as working with sound, she has an interest in creating performances contemporary issues using multimedia as she believes it gives more room for stimulation of the mind. Great art comes from a combination of different forms of art and emotions with the strive to push boundaries!

Geo Barcan’s (b. 1997, Romania) work is multidisciplinary and experimental, in perpetual metamorphosis, consisting of different mediums such as moving-image, performance, photography, illustration or painting. She has a BA (Hons)from the University of Kent (UK) in Film and Drama, where she mainly focused on cognitive approaches to moving-image, avant-garde and experimental filmmaking and performance making. Currently, she is interested in themes such as post-humanism, the Capitalocene, gender and culture (focusing on Eastern Europe). She will follow a Masters in Lens Based Media at the Piet Zwart Institute, Rotterdam where she wants to develop a practice in moving-image and installation making.
More of her work can be found here: https://barcangeo5.wixsite.com/geobarcan