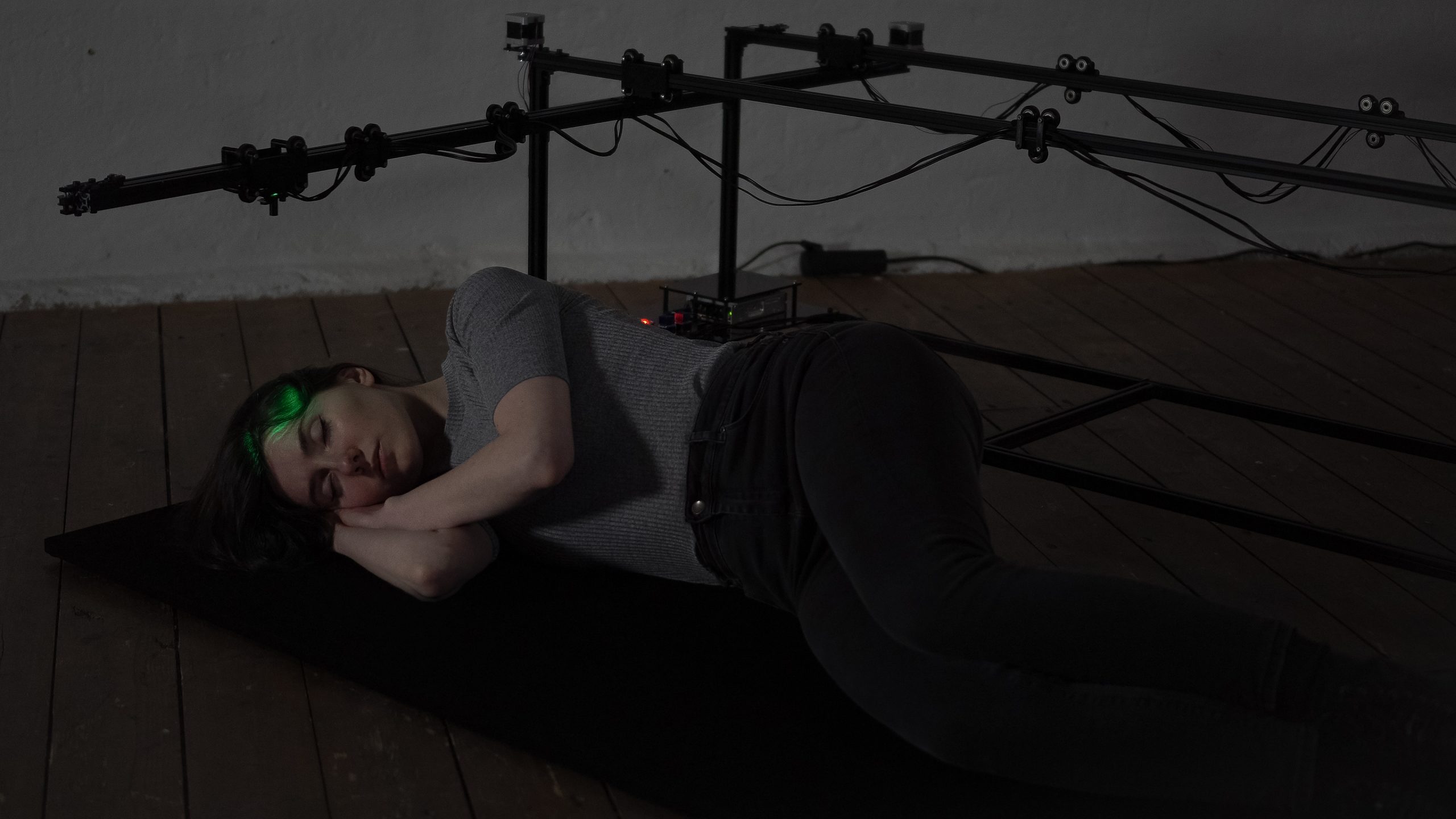 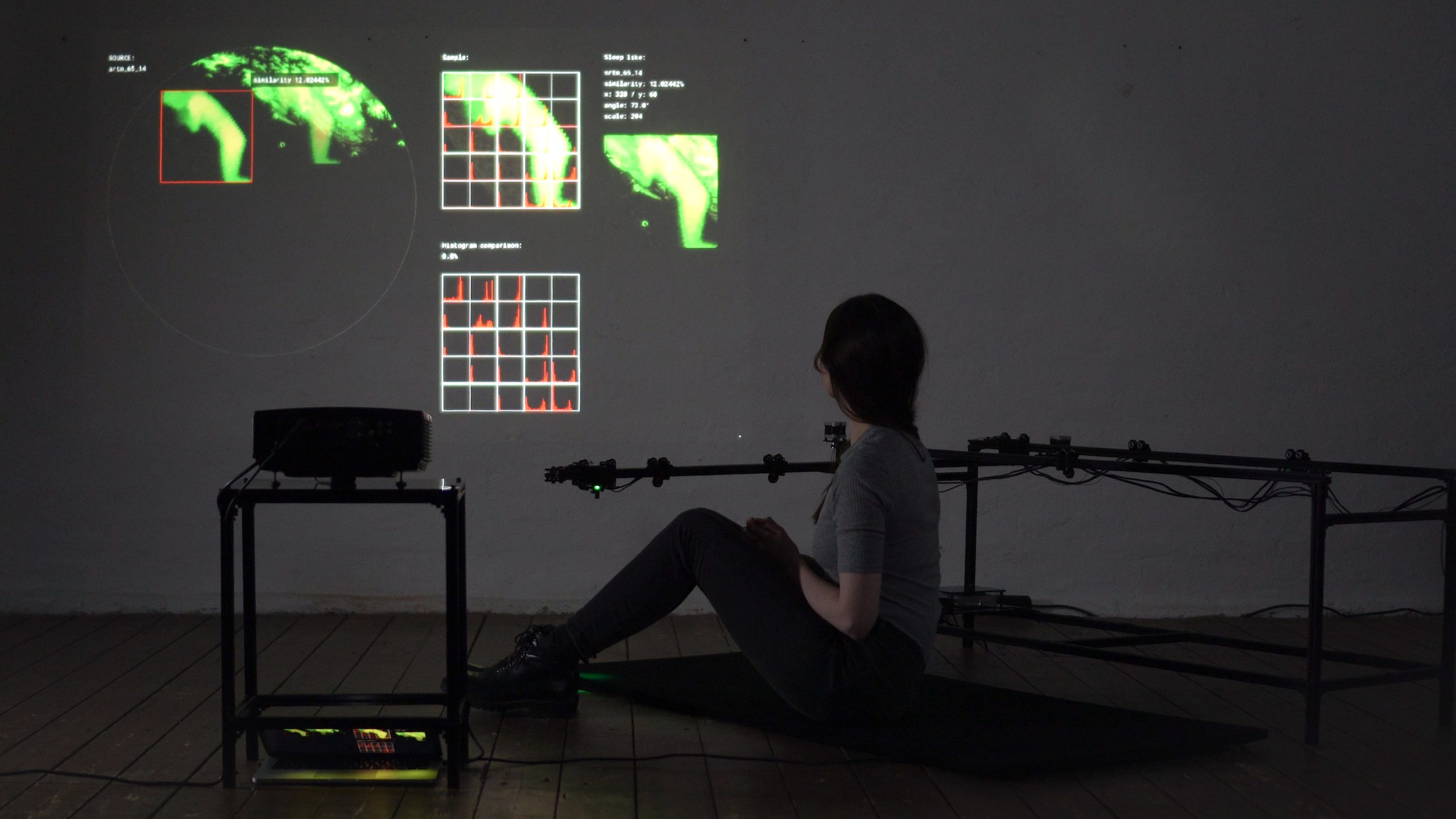 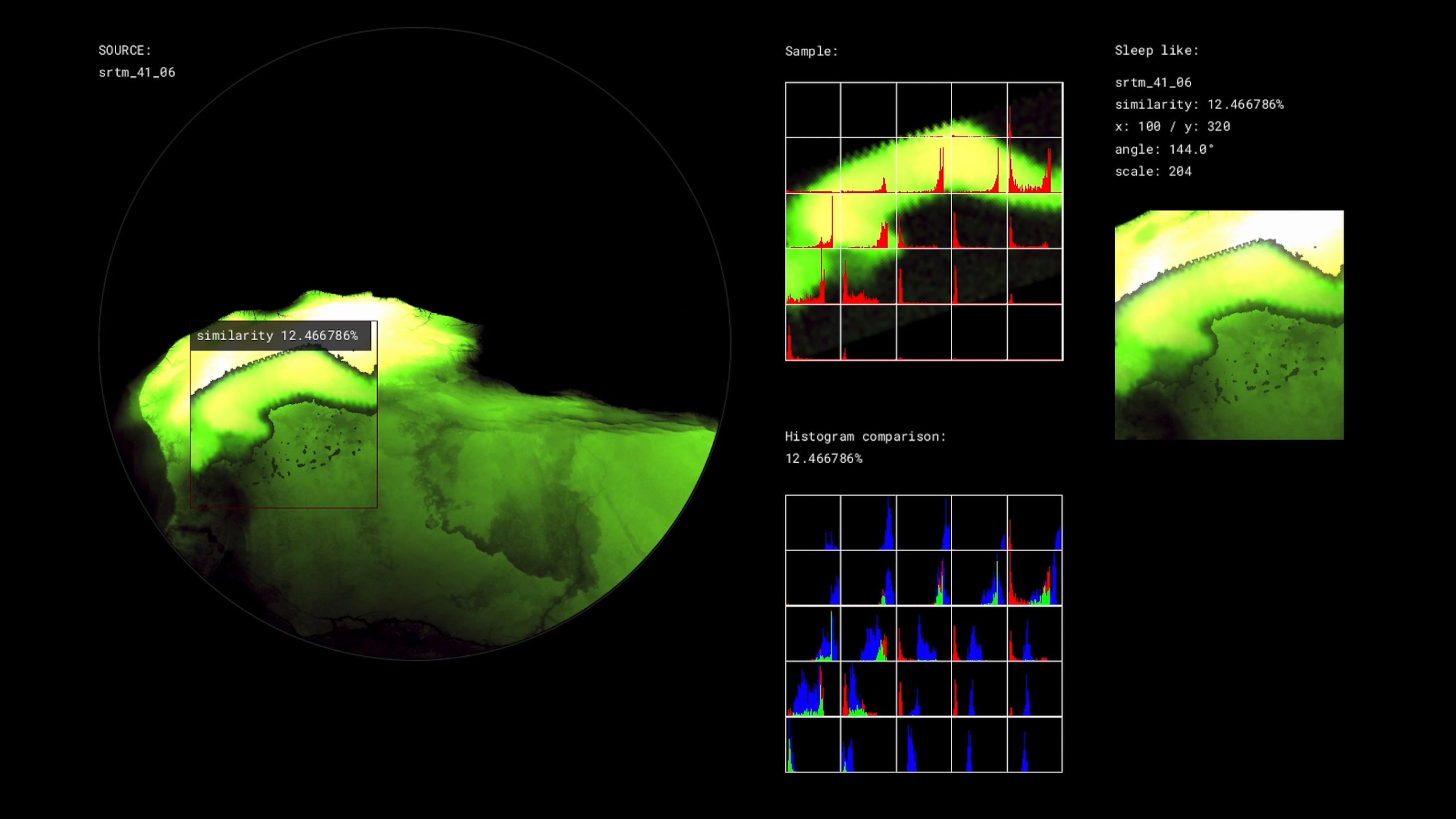 Sleep Like Mountains (2022) enacts a process of digital embedding and embodying. The installation measures the topography of a human body and compares it to geodata sets of Earth, searching for a most similar location, where the topography of the human body and Earth elevate and digitally situate in similar ways. It attempts to (re-)discover bodies in landscapes and vice versa. By exploiting the inherent reductiveness of digital discretization processes, it opens up a virtual space where the essential categories of the human and the other-than-human can be imaginatively merged.

As an artistic research project, this installation appends itself to a wider discourse on negotiating degrees of human emplacement in the world. It is an argument against absolute human exceptionalism and instead enacts a digital embedding and embodying process to visualize an imaginary where the human is seen as an intrinsic part of a more-than-human world.

Depending on the viewpoint, this project can also function as a formal investigation of data generating and its implicit loss of information, or perhaps even initial meaning; resulting in the emergence of new connections, associations, thoughts, and also new meanings, which in turn could be framed as digitally-situated embedding and embodiment.

0_ init
A human can lay down in the scanning area. The 3D-scanning machine runs the stepper motors to their initial position.

1_ scanning of topography
The scanning arm of the machine slides slowly above the human body and takes two distance measurements per second. The machine uses an infrared laser distance sensor to generate the height data. The current scanning position is marked by a green light spot from a led. Each distance measurement is being transferred via serial connection to a computer running a Processing sketch. This then displays the ongoing scanning process.

2_ preparing search
After the machine has scanned the whole area, it returns to its initial position. The height data are being rendered as a 2D image in preparation for finding similarities.

3_ sleep like:
Now the search for a most similar location on Earth begins. The Processing software loads a first set of SRTM geodata and starts the search by comparing the scanning data of the human body to the geodata. In detail this process of finding similarities happens by segmenting both sets of data and comparing the histograms (height values) of their segments. The more values histograms have in common, the higher is the calculated similarity. The scan of the human body is "moved along" the geodata in different positions, scalings and angles. After all parameters have been compared, the next set of SRTM geodata is loaded and the process repeats.