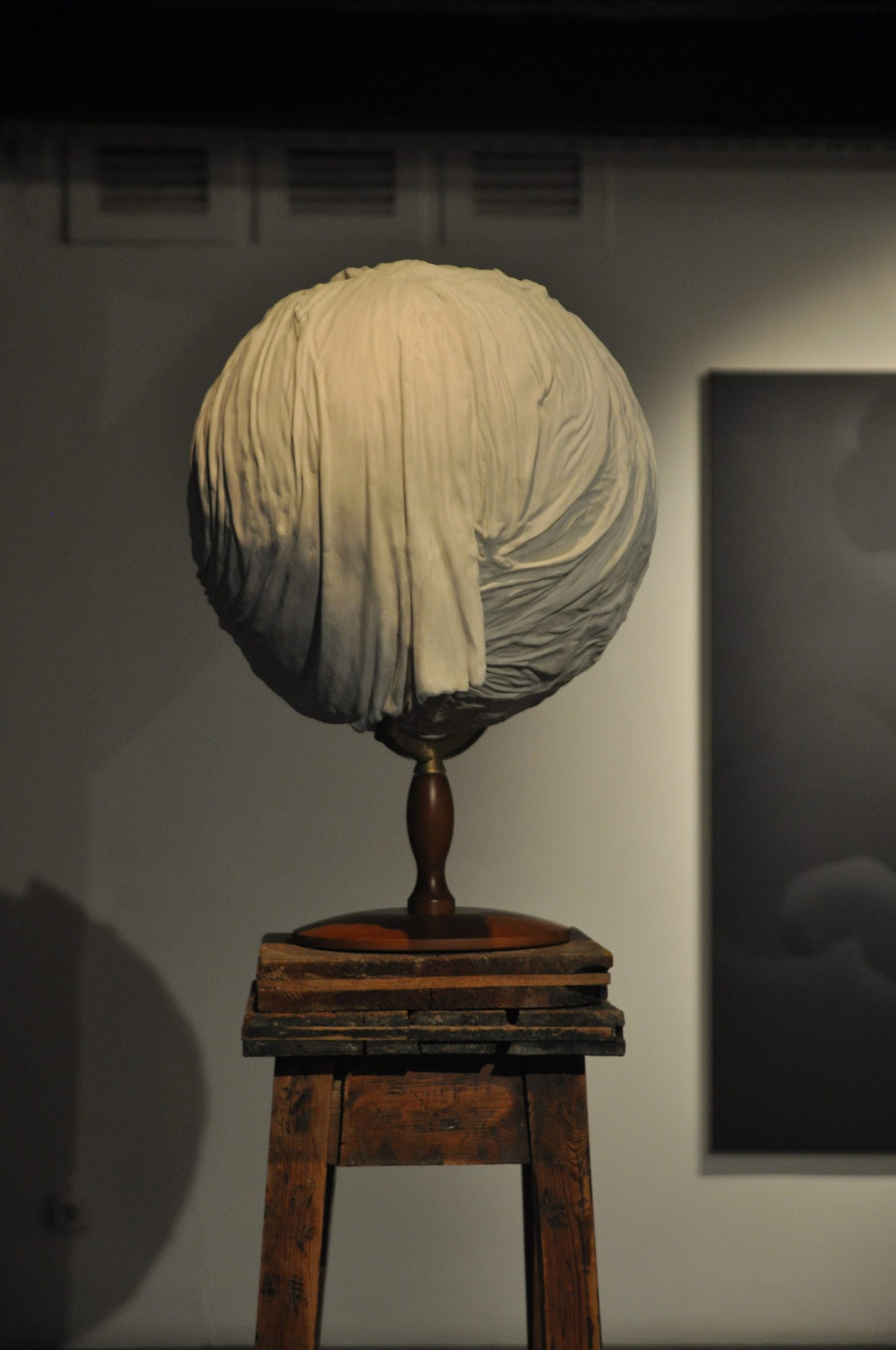 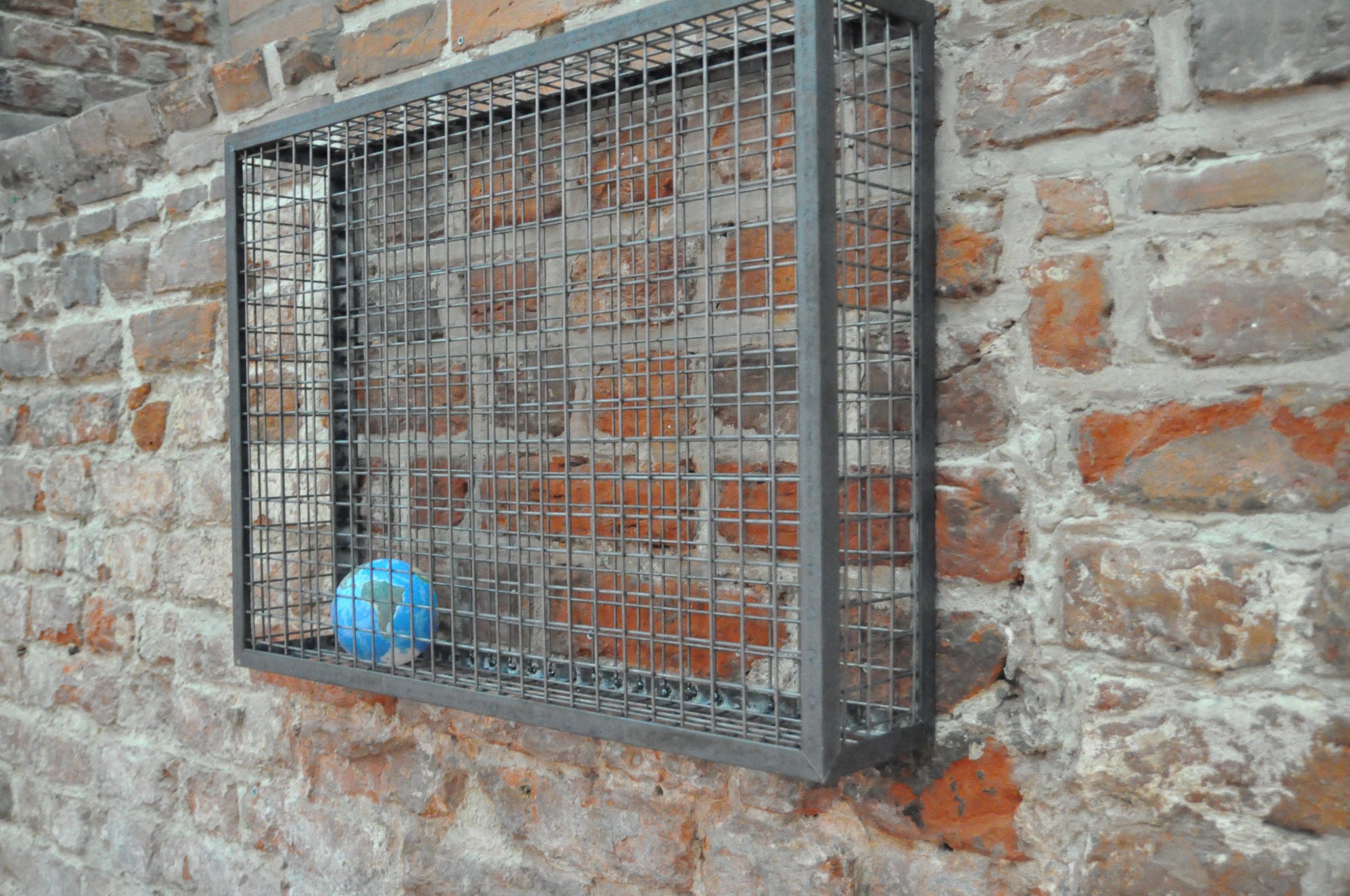 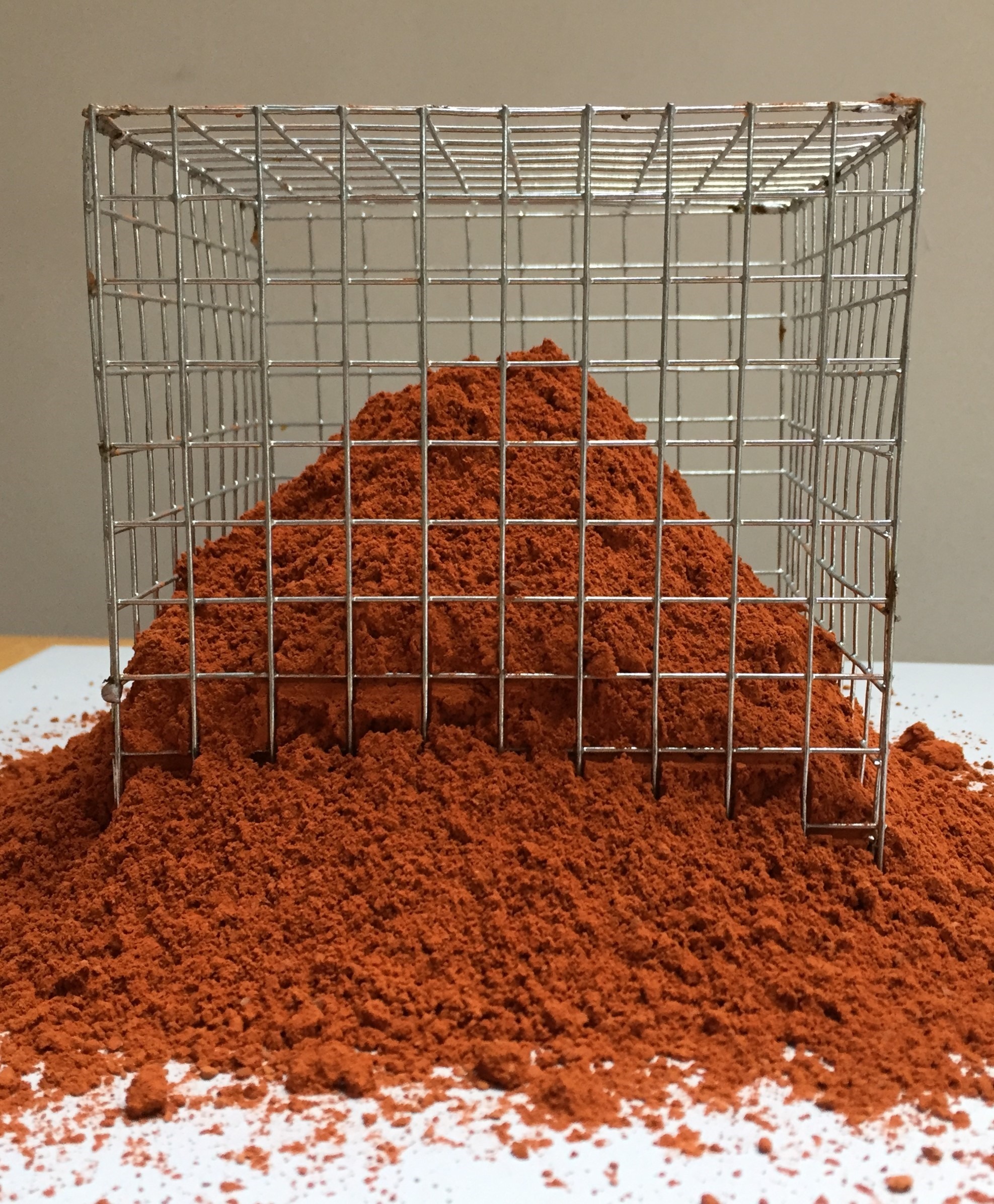 I believe that the map has never been a real image, but rather a vision of the world and a tool for achieving specific goals. The same role play the model of the globe.
In the work Conqueror / Head (2017) the starting point was the globe, understood as the eternal element of shaping human thinking about the world, the act of acquiring it. It was screened by a carved white drapery, which transformed it in some sense into a blind globe. This curtain, paradoxically, unveiled a world of imagination and a distinct groove on its surface. The globe is displayed on a piece used, among others, for sculpting heads. In the work “Territory” (2016) there is a net that human use for property designation, for geographical belongings. The “ball” of earth, was painted from Satellite view on our planet. I also attach a model of work (continuation of the work Territory) to be realized in the exhibition space (2020). The object would be 180 cm high and would be filled with earth.