The Pool of Reality 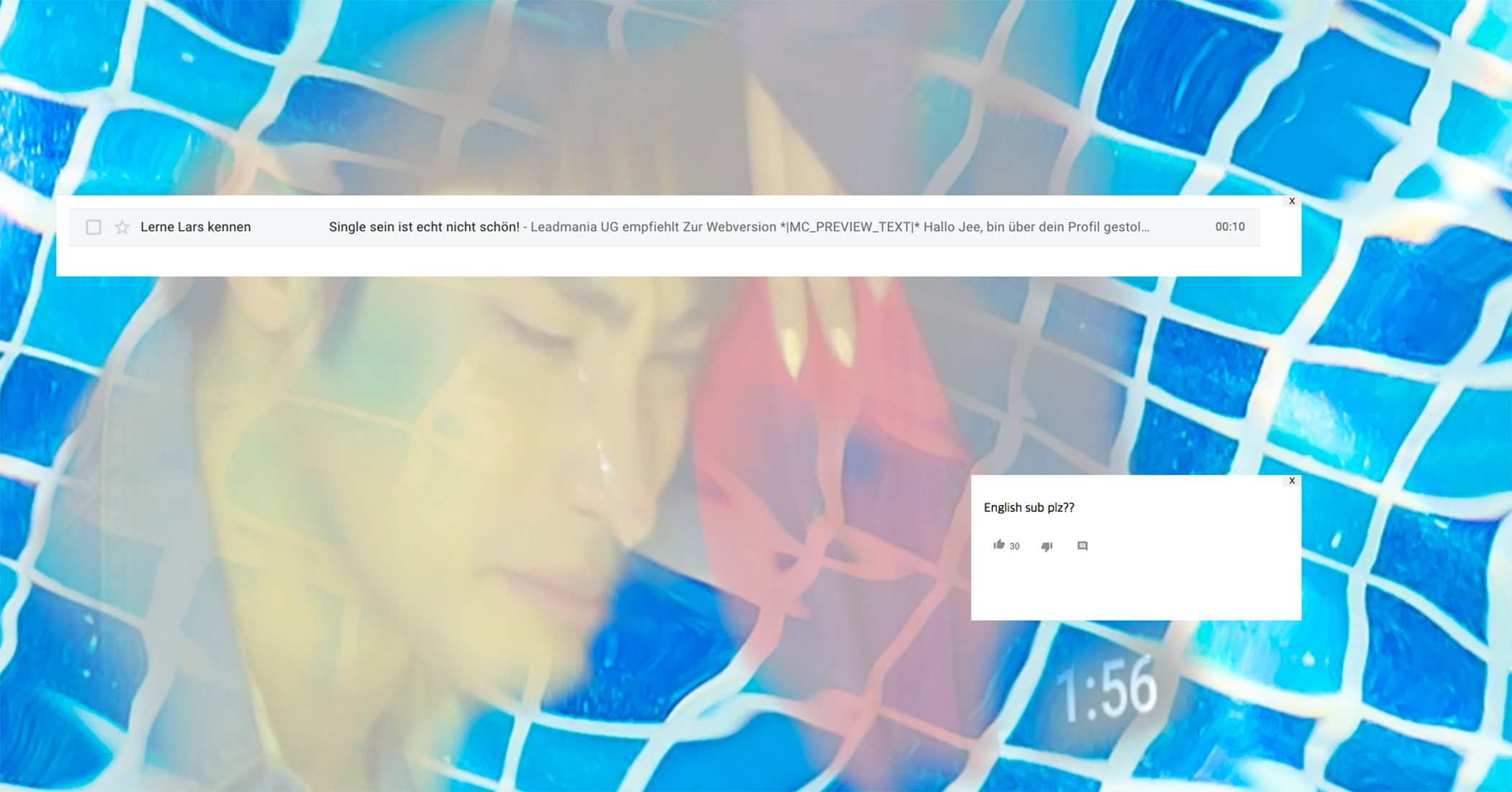 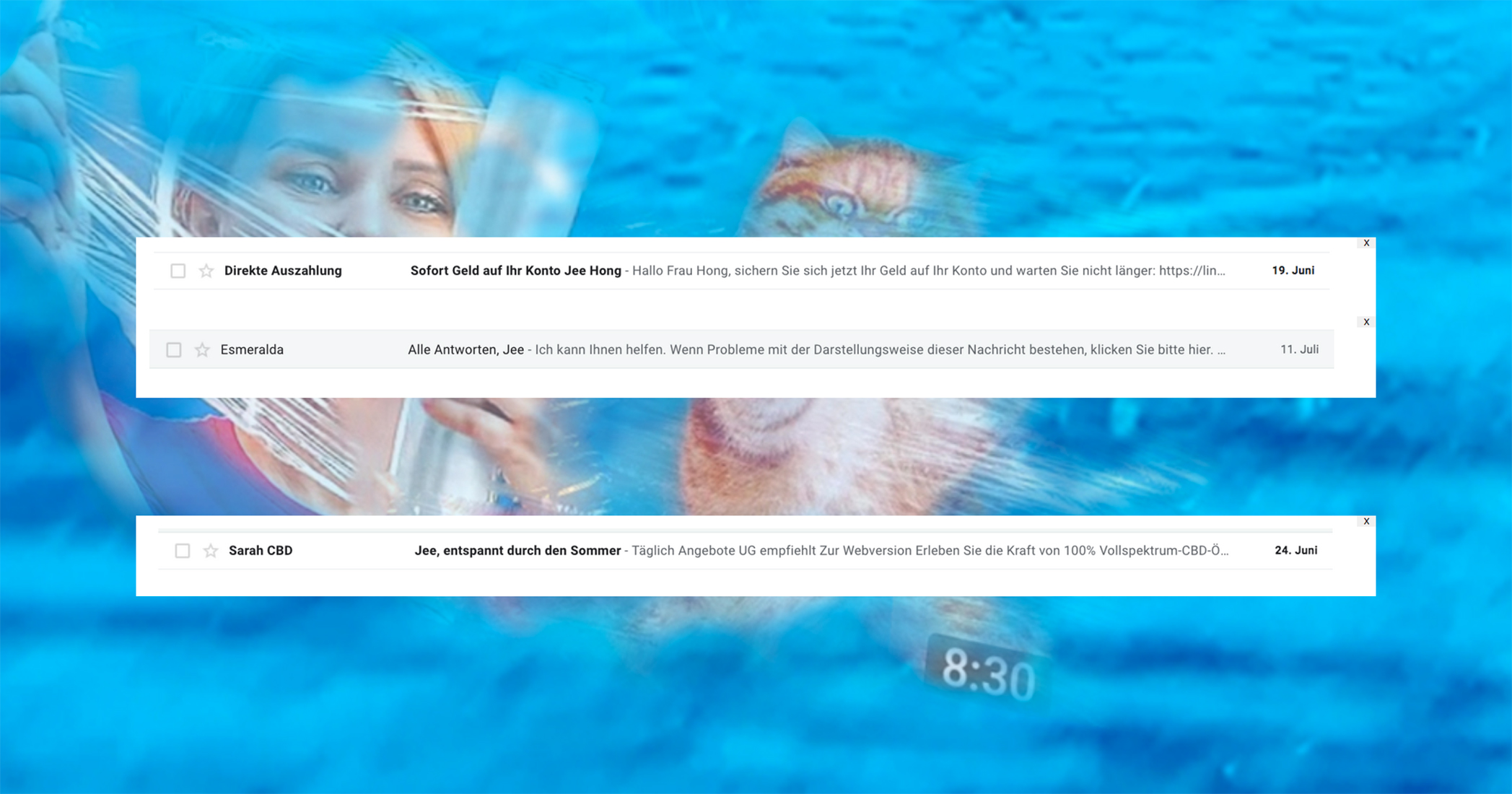 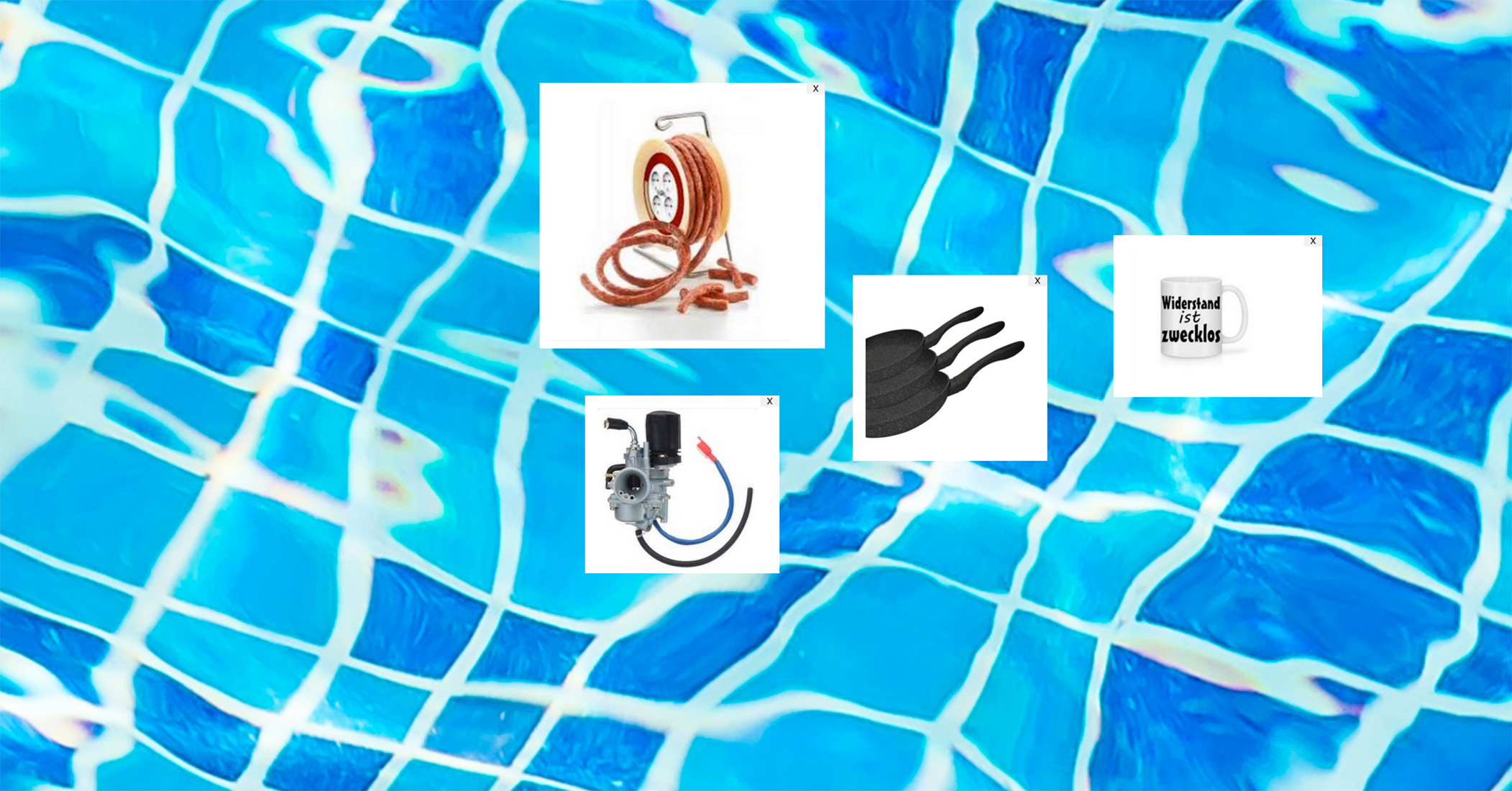 How are we exposing ourselves online? And what would the exposures and our traces on the Internet tell us? Hito Steyerl once wrote that in terms of image spam, the person portrayed in the advertisement is considered perfect and that such ideal humans do not show actual humans, but rather show the opposite. (The Spam of the Earth: Withdrawal from Representation, 2012) But now the countless spam emails, which we easily ignore, are no longer coincidental, by AI-algorithms. It became more clever and sophisticated than before, so the more I shop, watch videos, or like comments, the more precisely it establish my identity. They already send me endless messages and recommendations on the premise of who I am in reality. The more time I spend on the Internet, the more automatically and realistically they may shape me.

Since Corona, my daily life has been largely replaced by a computer and a smartphone. Since then, my email account has been full of spams, and I got lots of phishing calls from unknown numbers. About four months later, I realized that they were largely divided into three categories—Money, Dates with men, and Medicine. The title of the spam says that money has arrived in my account, calling my name sweetly. Others send photos of the man around me, 'Janik,' with his seductive profile. And they are worried about my health and showed me some medical products that I am interested in. I felt as if these automatically coming advertisements were just looking through me who I was these days, whether I'm a foreigner who has medical problems and who is looking for a job and love in Germany. And the YouTube algorithm and pop-up ads in between were describing me as someone, who likes to watch romance dramas and pet beauty videos, has a problem with dry eyes, and wanted to buy a 'Kabeltrommel.' Could they tell me who I am?

Life has changed. Even for half an hour sitting in a cafe, we have to write down our personal information. It became like leaving the key to my house on the public table. With this key, they could come into my private territory and smile at me. And I couldn't ignore them anymore. Spam and phishing calls have increased by more than 40 percent since the Corona era. Moreover, with the increasing development of Big Data, they can come closer to each of us, create our identity on the net, and predict our desires. Some people expect that this algorithm may know us more than we do.

Following the concept of 'Welcome to Heaven 2020', I have come to imagine another utopia or dystopia, according to AI-algorithm as an Internet base. So I would like to propose 'The Pool of Reality,' a web-work that began in March this year. I have collected spams, pop-up ads, YouTube algorithms, and liked comments to build a new world familiar and unfamiliar inside a web page in the form of an indoor swimming pool. The web page itself becomes a large swimming pool, and the user(visitor) can drag it with a mouse. Once the mouse is used by a user, the sound recorded inside a real swimming pool is playing, and the work begins. (In below, I added a link to a video to show how it works.) The user explores this pool, and in the meantime, meets accidental or intentional pop-up ads and images. The user can either turn the pop-up window off or leave it alone. The user will be trapped inside the labyrinth of this pool and receive them as personal messages like they are talking privately. The user could imagine the person and indirectly experiences the life and interests of one who gets these in daily life. In addition, the pool is filled with thumbnails of the YouTube Algorithm's auto-play videos, as if they were floating on the surface of the water. Depending on the user's drag direction, the image with the various thumbnails will reach the user. Just like this, the traces on the Internet that we always meet but are easily ignored, always talk to us.