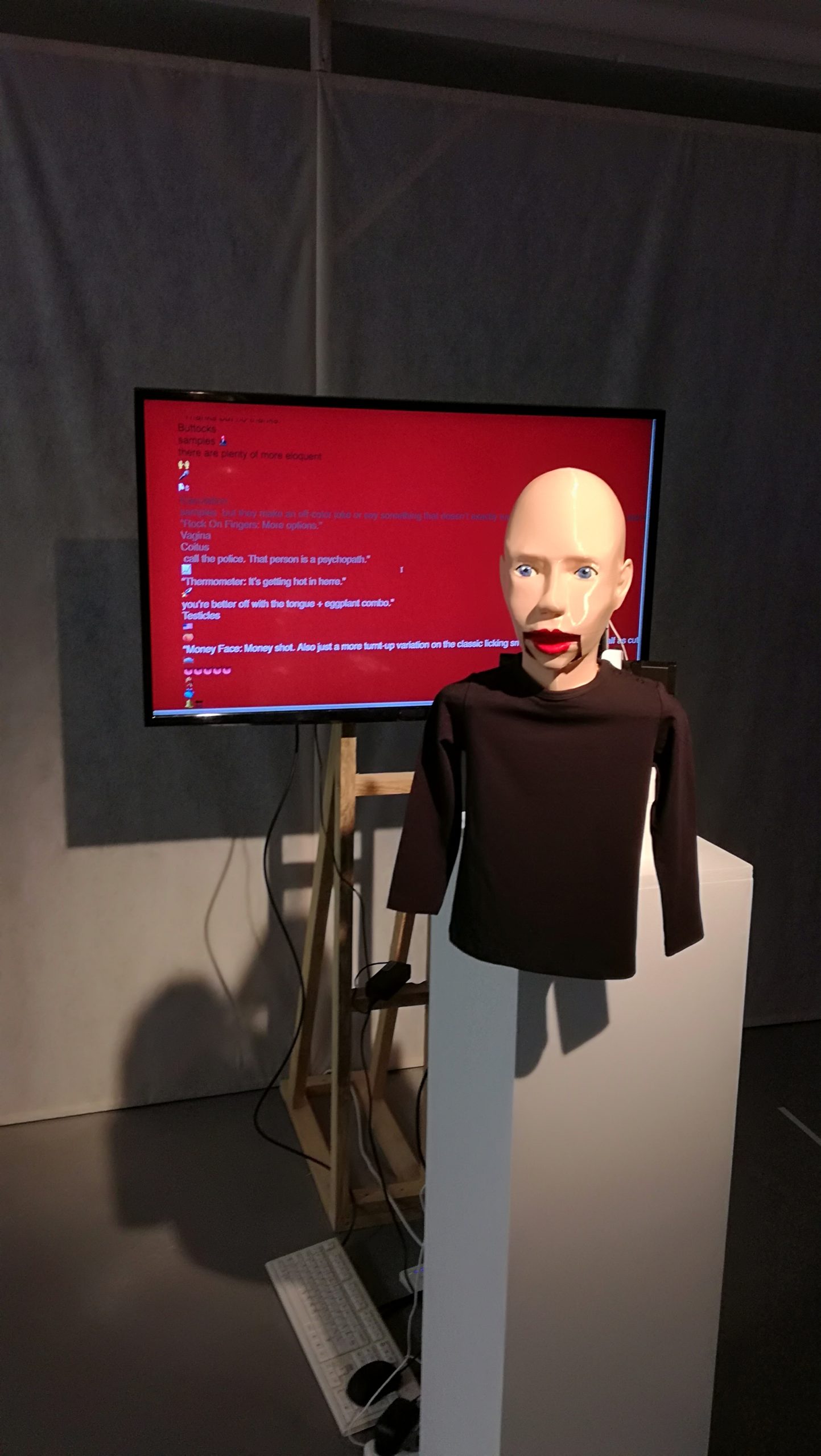 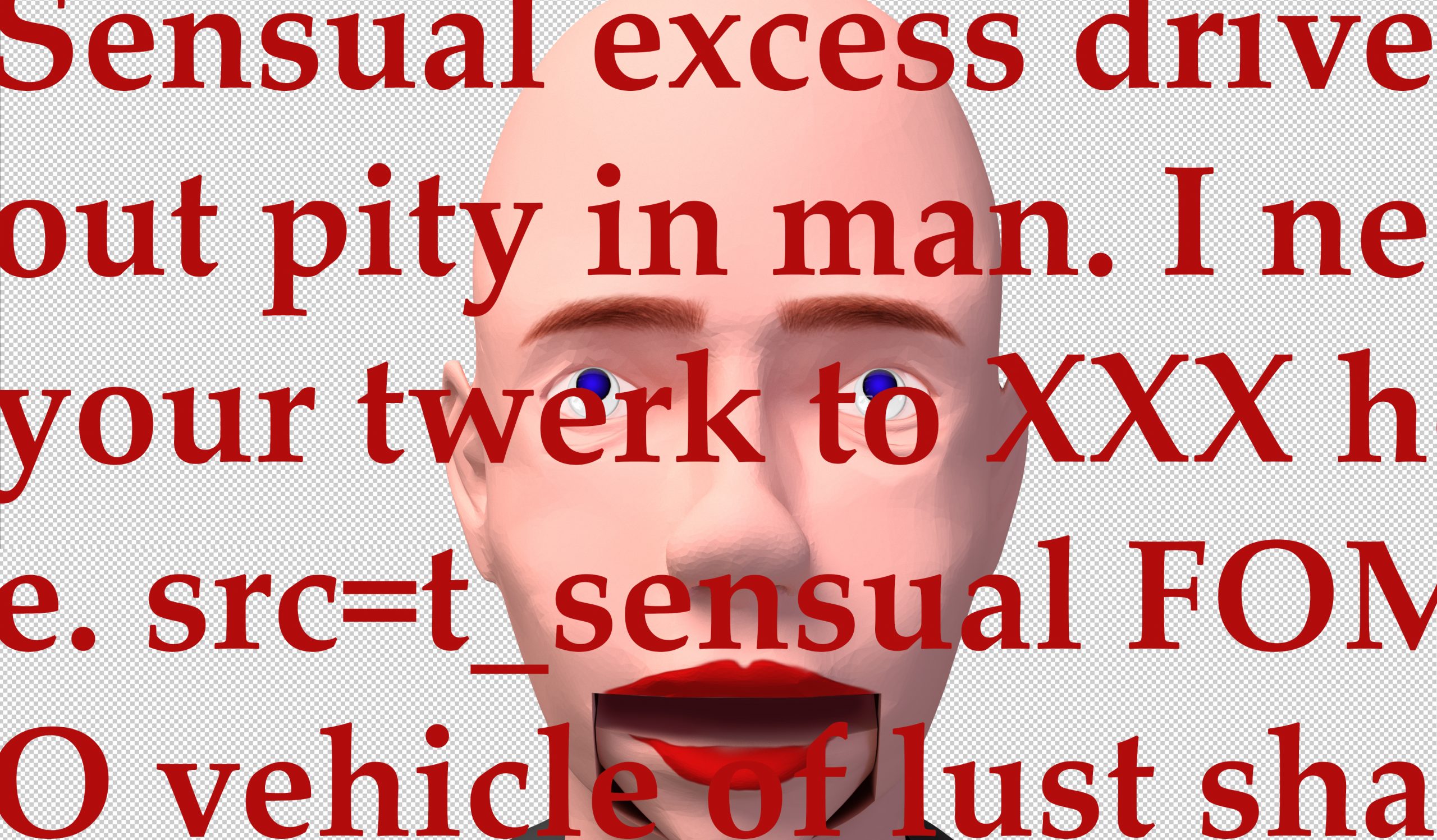 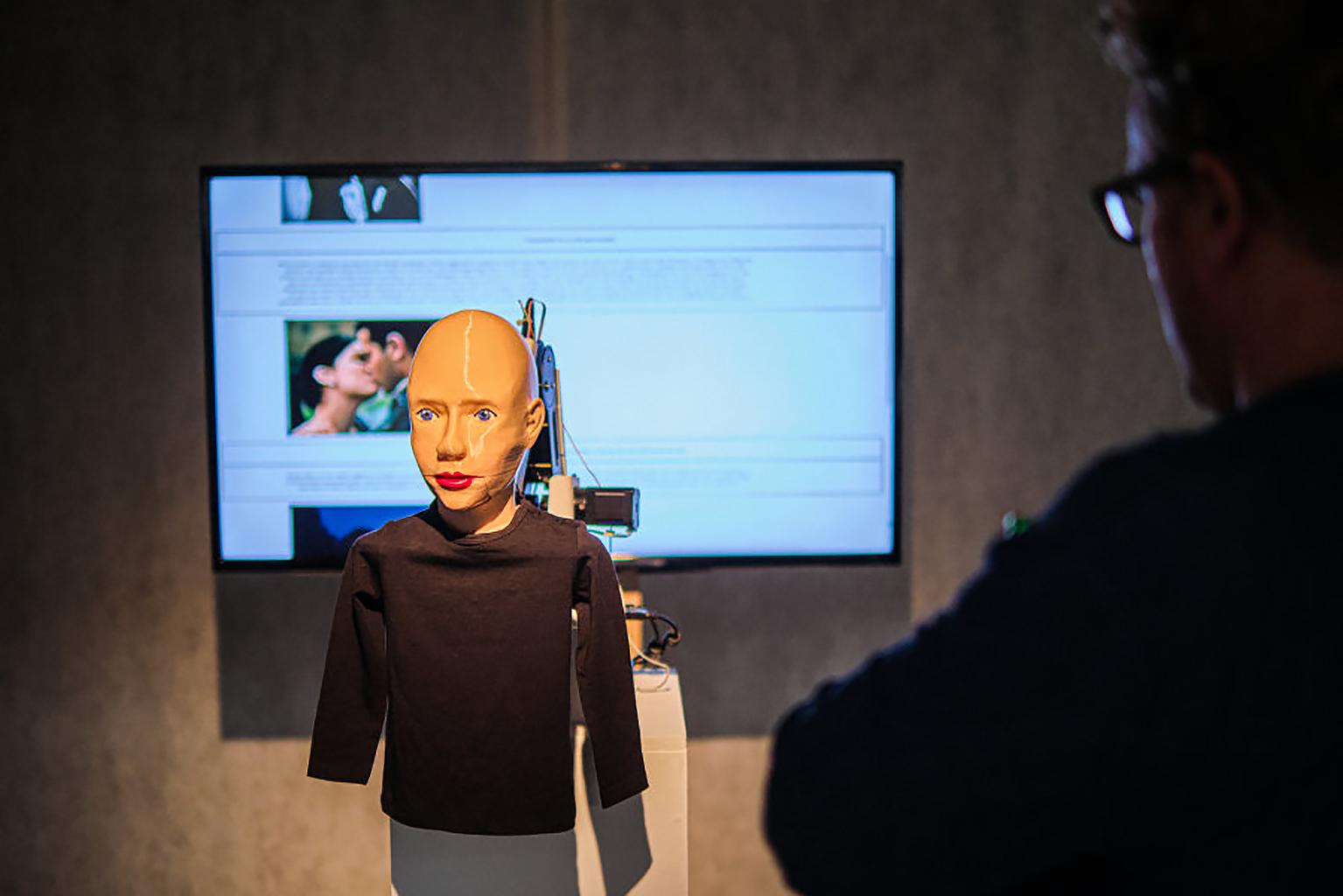 VENTRILIO is an emotionally deprived AI on a quest for love. While the question “what is love” percolates through the machine, it becomes obvious that the answer to the question is as much desired as the object of the quest.
As a sounding board on the quest for love, VENTRILIO appropriates a form of critical ventriloquism and flirts with the unsettling —uncanny valley— feeling by getting acquainted with an anthropomorphic doll. VENTRILIO performs the age old act of ventriloquism with a twist. Namely, the figure vents the voice of the AI while being controlled by a robot arm. VENTRILIO, the machine, learns by scraping sites of the web where humans leave traces of their deepest desires: dating apps, social media, Tinder and comments on pornsites, …

VENTRILIO is an installation consisting of a robot arm, a doll, a Raspberry Pi and a loudspeaker. The doll is custom made with the use of 3D printing. The electronic setup is hidden inside the dummy’s clothing. The audio is produced with a small inbuilt speaker connected to a Raspberry Pi where the AI processes are generated.