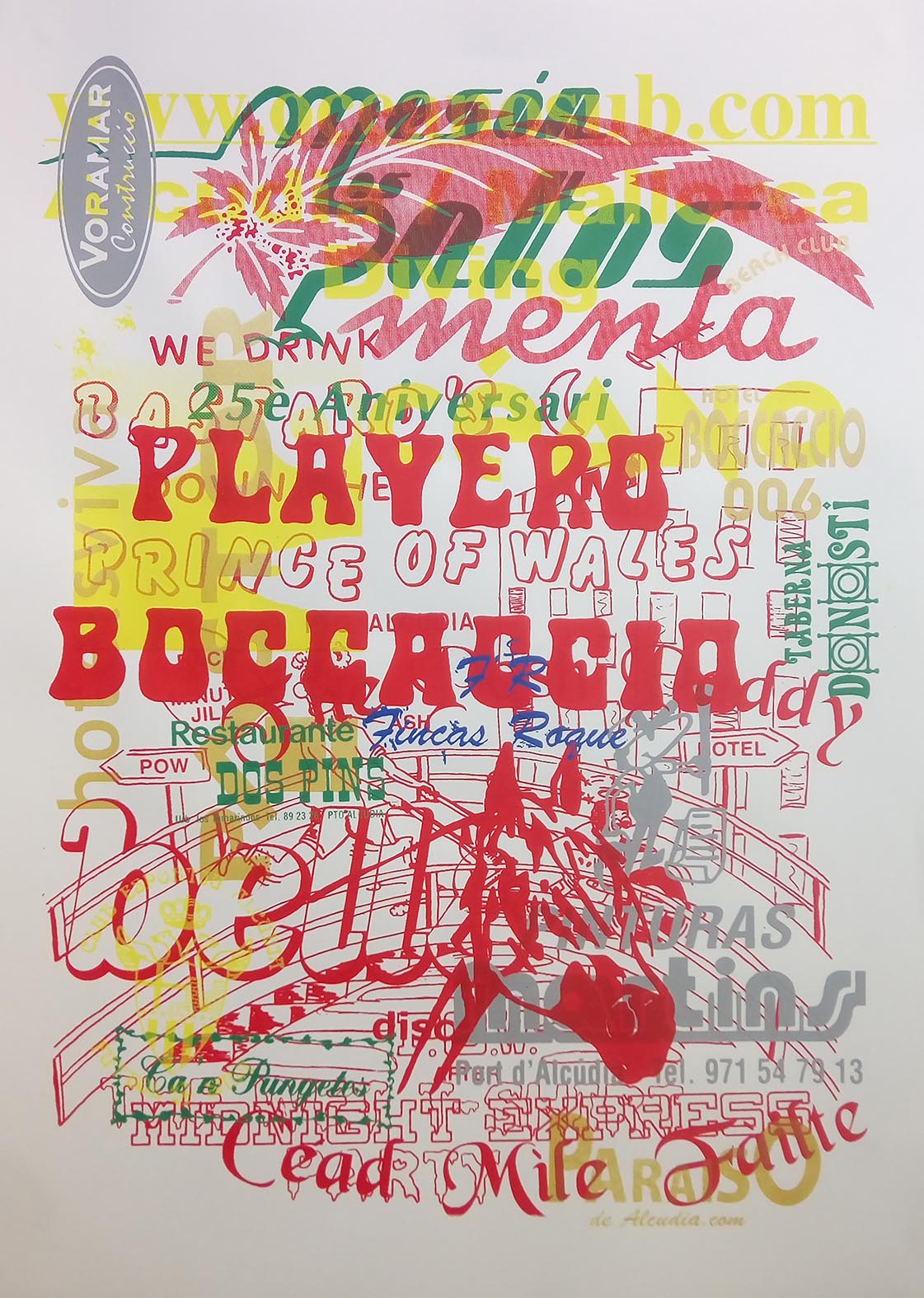 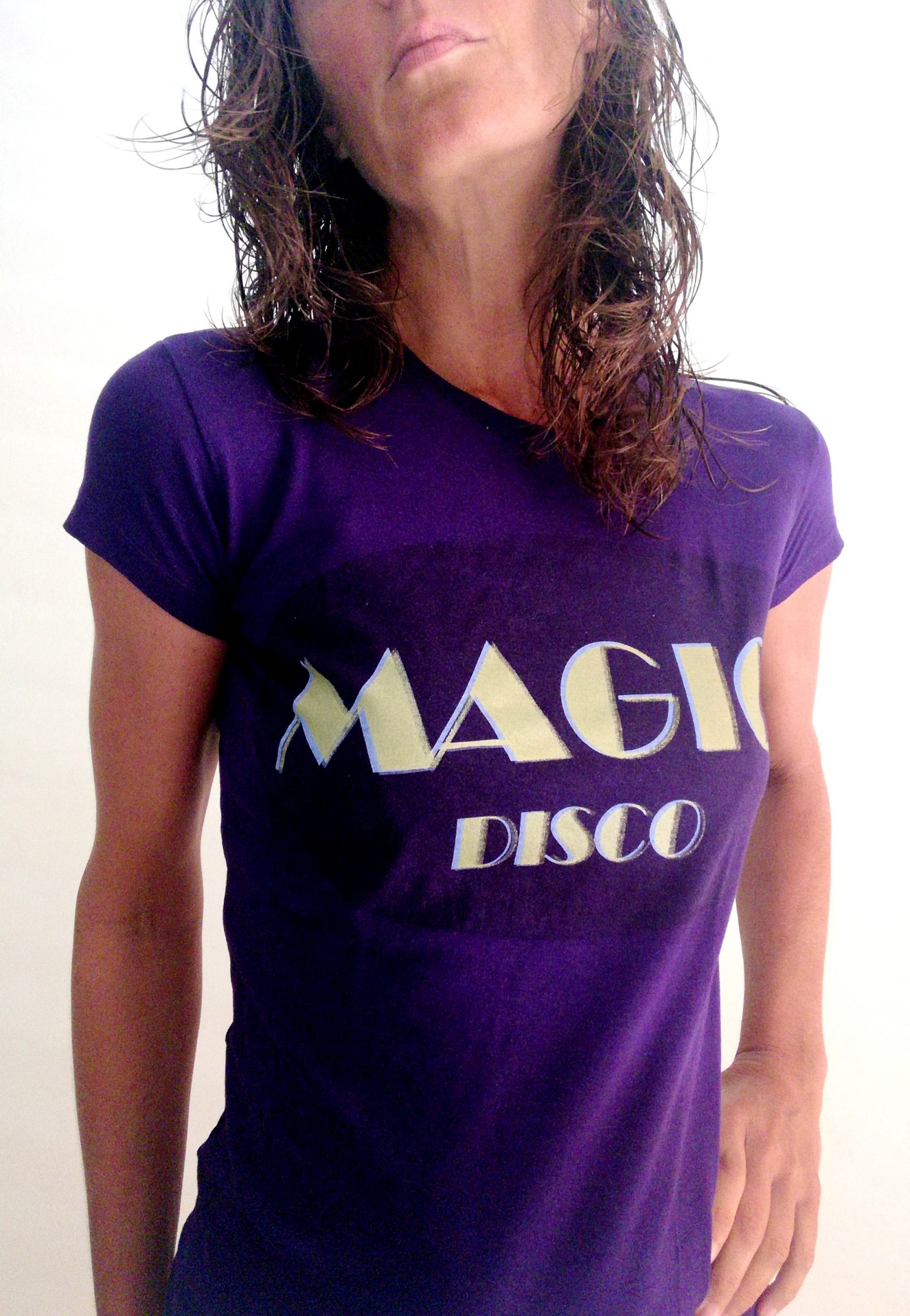 BAM is a project based on an found archive. During the 2008 crisis, some companies decided that printing T-shirts with their logos was not necessary anymore. Then a small silkscreen atelier began to have economic problems. It was located in a small town called Sa Pobla in the center of Mallorca, just 17 kilometers far from my place. When the owner of that workshop moved, he left more than 100 silkscreen frames and other material. The bank wanted to throw all that stuff to the garbage. But someone thought that I might be interested in it.

I got about 80 of those silkscreen frames, with more than 100 logos of companies and associations based in the Balearic islands; hotels, restaurants, bars, discos, rent a car, sanitary service, sport clubs, and so on. It’s a long list of corporate image from the 90s till 2008, and now I’ve realized it’s a kind of temporary archive of the islands. Just a part of our everyday history.

I said archive because it’s not only all the prints editions that I did with all these screens, there is also the possibility to create maps, graphics, and speculation stories about it. Aesthetic, tourism, economy, crisis questions came to my brain.

Every screen got a number, that’s great for an archive, that job was done. Then I start to look for information of every company logo on internet, where it was based. That is very important to do clear maps, about all them. Some I didn’t found, because there was not information on the net. I did some labels with the locations to add to the silkscreen frames.

I wanted to print all them on paper, I did a serie of 10 silkscreen works. Each work covers an area in the map of the islands. I also checked the activity on internet, if it was a pub, a football club or whatever. The idea was to make a classification by categories. Each category will have a different color for the print. Because the colors will provide extra information. If someone knows the categories and the colors one can get an idea of the place, or if someone knows the zones, one can get an idea of the economic activity.

Finally BAM editions include; 10 silkscreen works on paper, about 10 areas in the Balearic islands, one in Menorca and nine in Mallorca. 5 T-shirts, using the logos that I didn’t find any information (I can do some more) 3 photos of people wearing them, more than 60 photos of different spots. 1 Map, and some statistics and graphics. Also, I keep the idea to do a presencial exhibition, with a huge installation with all the silkscreen frames, let see.

BAM is another step in my walking around practices artworks. In the beginning I thought that I can do all the project in my studio, I did all silkscreen printing process there, but in October Nick Weekes suggest me to go to some spots to catch sound or photos then I start to jump around. Some people weren’t happy to see someone taking photos of their business or locals, other people just let me do. But the more I saw was abandoned places because Covid crisis, a Mallorca island that I had never seen before.