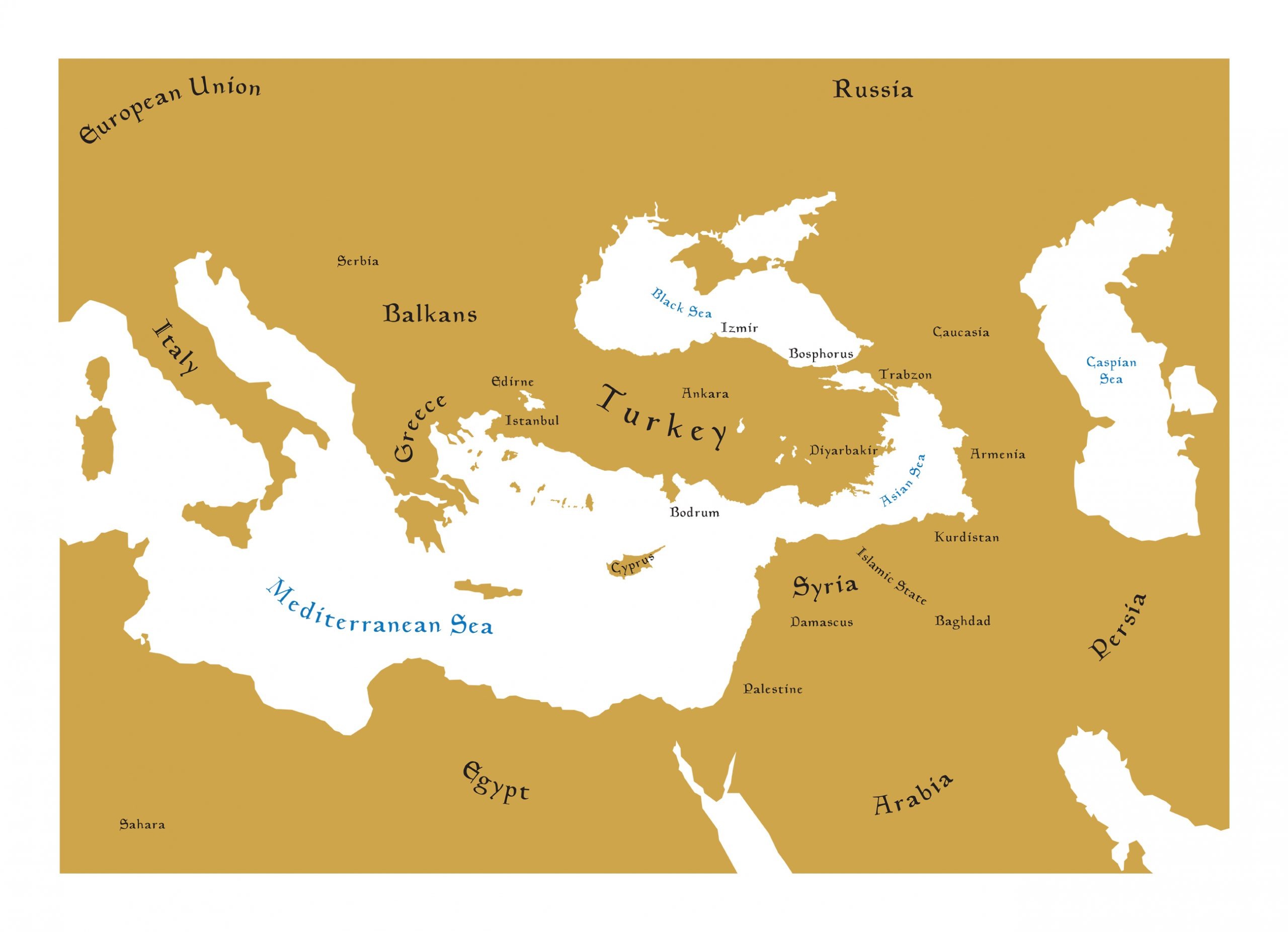 I did this artwork in 2015, when the world was at war with ISIS (Islamic State of Iraq and Syria) which was controlling a big chunk of northern Syria and northern Iraq where 10 million people lived. They were not only terrorizing the people in their „caliphate“ but also exporting terror to neighbors and Western countries. They killed thousands of people, sometimes in the most brutal fashion. It has only been five years and we almost forgot about the (human) bombs exploding at train stations, mass shootings at music halls and restaurants. It was a scarier period than the dystopian times we are living in under the deadly virus threat.

Turkey is geographically an Asian country, with only three percent of its territory in Europe. Historically it’s always being considered as a „bridge“ between Europe and Middle East. Culturally it is more Middle Eastern than European because of the effects of religion. This is debatable of course and there are always different views on the subject. We may also say that the politics in Turkey is basically divided on this issue. The country was never sure if it belongs to East or West. At one stage it became a hopeful candidate to the European Union. It officially still is, but the ruling party prefers to keep the distance with Europe to run the country under tyranny.

With this work, I created a „fictional geography“ to provoke a discussion on what would have been different if Turkey was connected to Europe 97 percent instead of Middle East and Asia. It would still be a „bridge“ between two continents, but maybe, having the roots in Europe would have been more democratic. We’ll never know that of course. I, playfully shuffled some of the main cities to different directions, since east and west, as we know it, are no longer valid on this map.