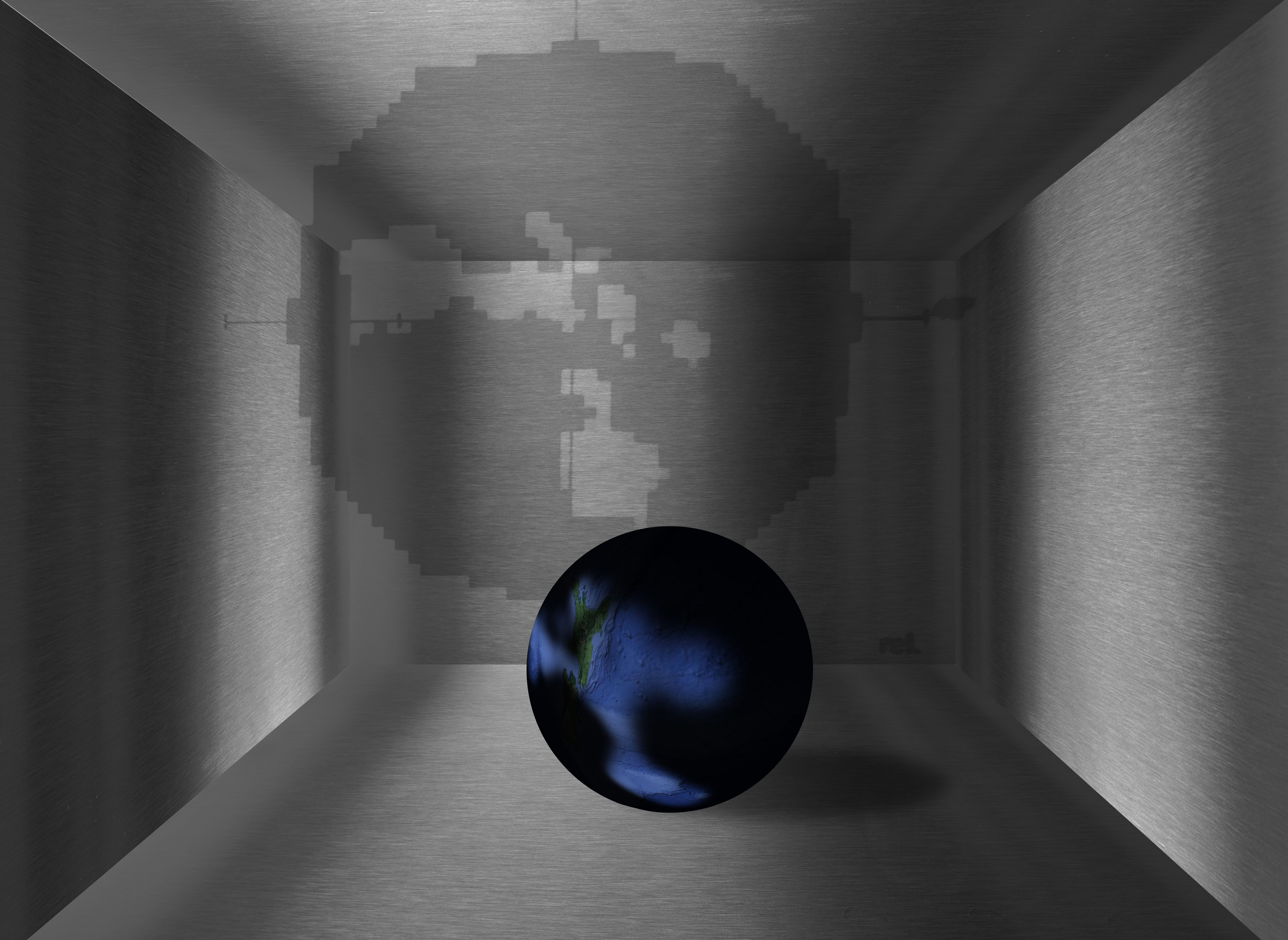 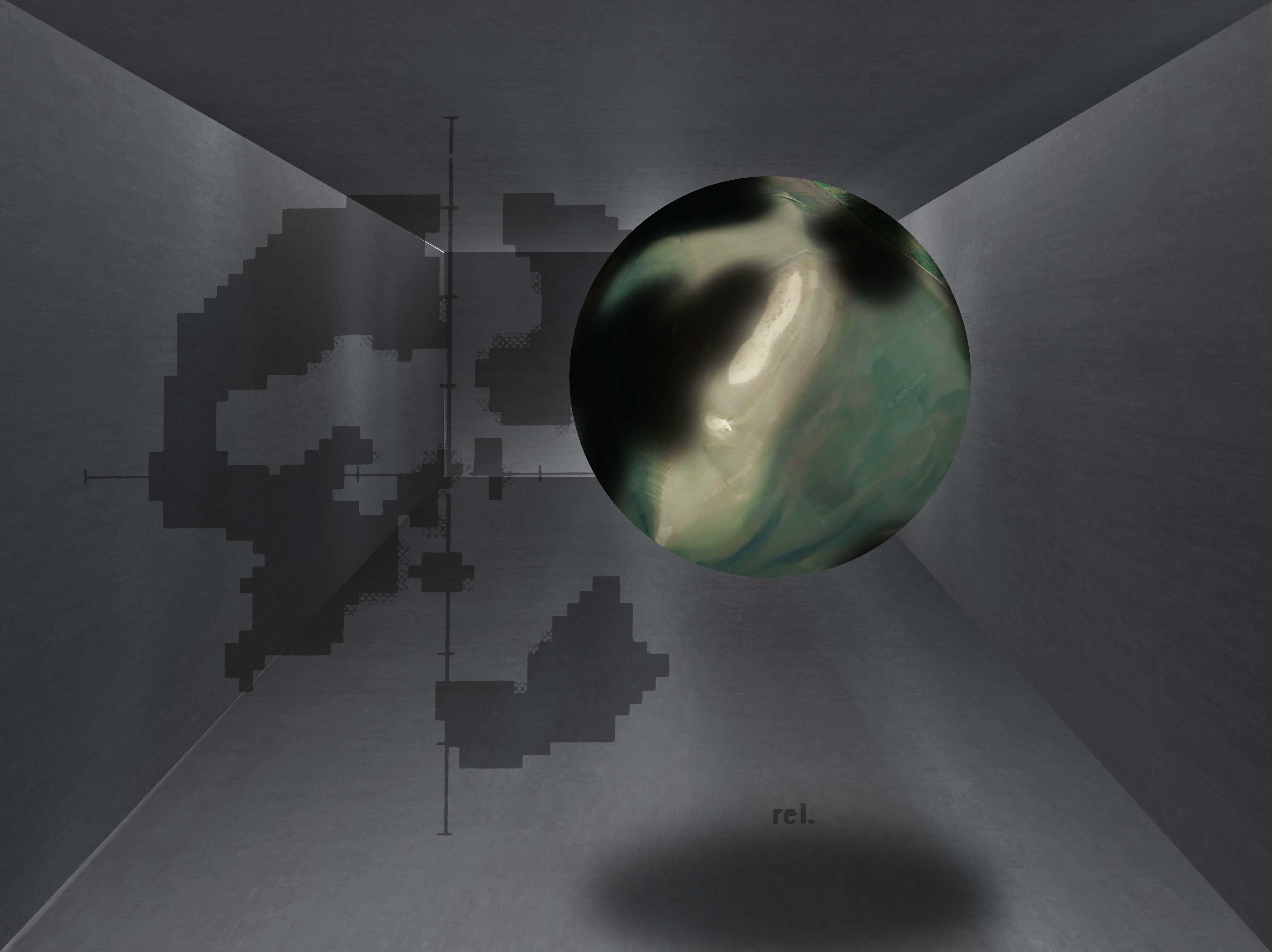 In this work I used results of my grandmother’s perimetry dated June 23, 2004 – she has glaucoma. I simulated her field of view and superimposed it over satellite photos of earth downloaded from Google Earth. In one of the pictures there is the island of Jordsand located in Denmark which disappeared in 1998 or 1999. The second one is Zealandia – a continent which is submerged in the Pacific ocean in 94%. I formed the superimposed images into a sphere which looks like earth or an eyeball. I put those objects in a cube – my grandmother has not left her home in 13 years. I’ve prepared a soundtrack: it consists of sounds of the ocean combined with footsteps of my grandmother strolling around her apartment.