Room Of One’s Own Part 2

how to get familiar with an image (home setting) 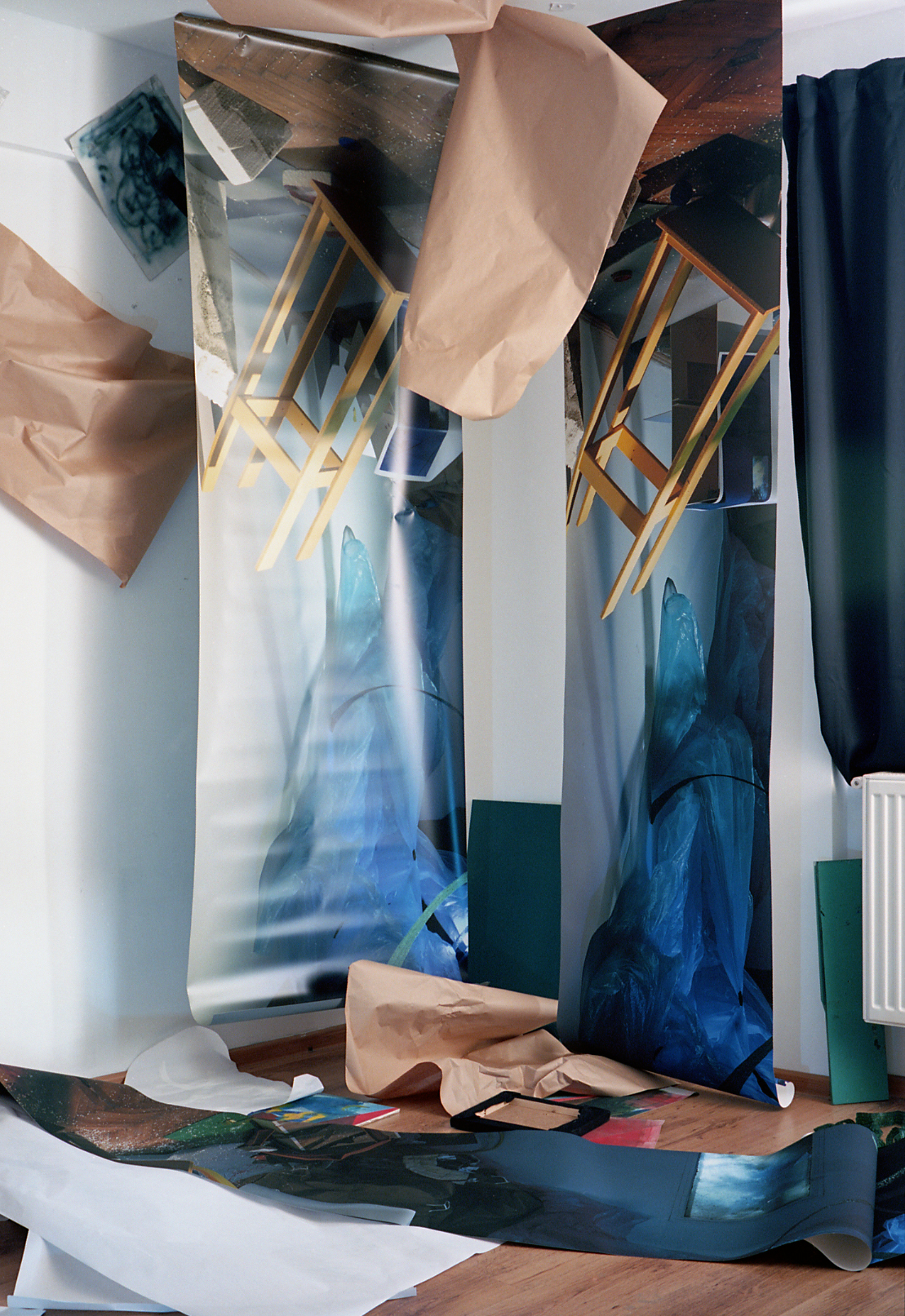 generally speaking, we are accustomed to the idea that an artist have a studio. but does she/he need it? can she/he work continuously in it? can she/he pay for it?
generally speaking, we are accustomed that works be exhibited. but have they not meaning if they remain unseen? does it matter where they are seen? do they engage to dialogue or is it just to check a box on a resume?
but what if the room is also a studio and a gallery?
by taking an image (of the exhibition space) which i used, or better said invited visitors to pass through during an exhibition in an art gallery, i took it home. home, that is my studio. and hung it there. to do an exercise. to get familiar with it, to shift its role. and that image of a room installation – also photographed or filmed by passersby – became the installation in my studio – room, only to be photographed again. and be displayed, be it solely on instagram, be it in another space. and gathering something from each one. changing every time with the space in which it is. such as we do.