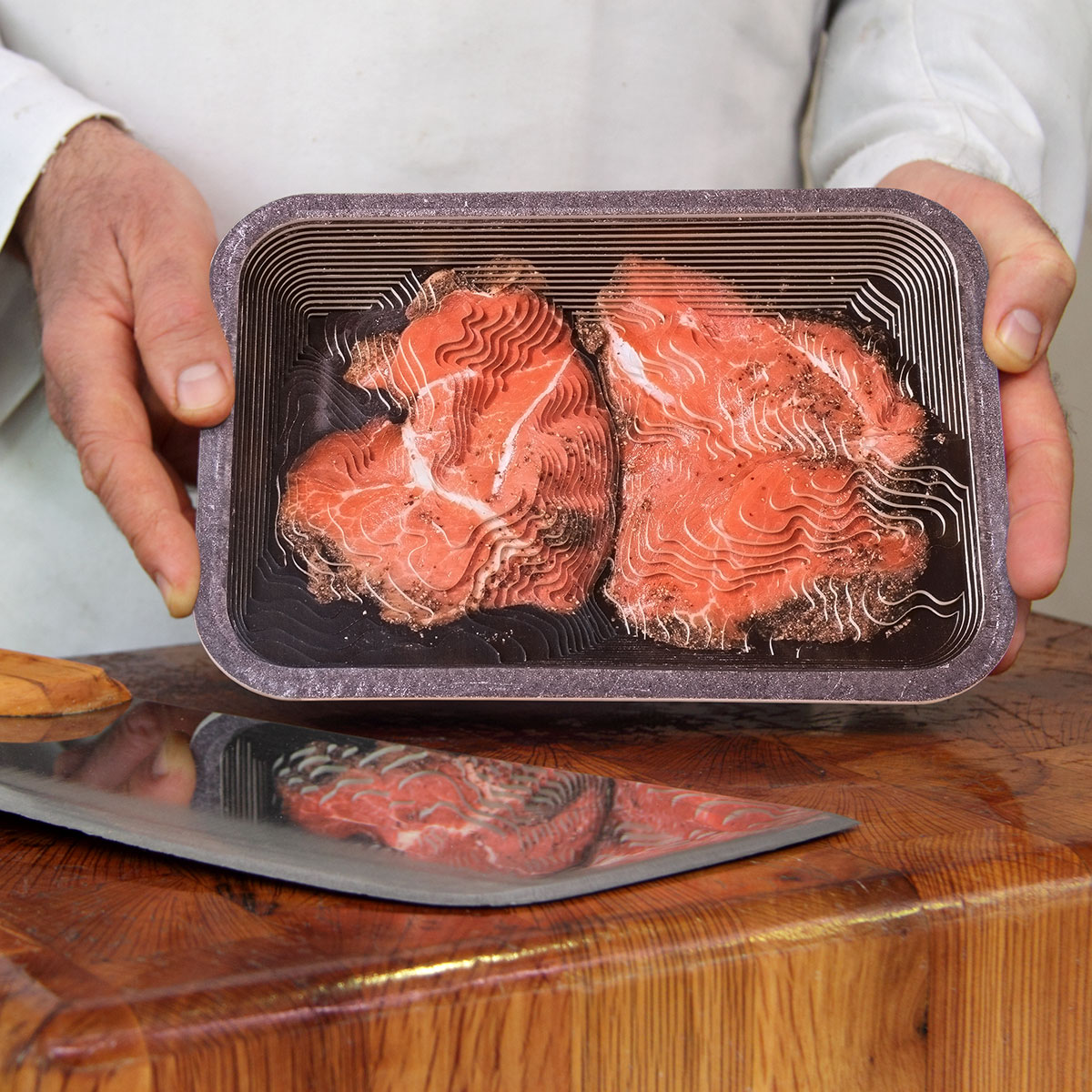 Did you ever wander through the meat section of your local supermarket and imagine all those individually wrapped wings, breast and legs, those pale ribs, chops and guts blending into a bestiary of bizarre creatures that, packed with steroids, growth hormones and antibiotics, may eventually come back to life?

«Alcampo» is the suggestive brand name of a leading supermarket chain in Spain. Roughly translated, it means into the countryside. Within the context of my homonymous project from the year 2012, it took the significance of a geographical name, reflecting the cultural values of a society increasingly disconnected from nature. Just like my previous project «FAO 77» (2011) and the posterior «Happy Hunting Grounds» (2014), this series of photographic sculptures addresses the environmental impacts of food production and consumption. With regard to «Mapping the Cartographic» my proposal consist of freely combining selected works from the three series.

The old days of traditional farming have passed. Animals raised for food are no longer grazing under wide open skies. Large-scale industrial agriculture has rendered the creatures almost invisible by moving them indoors, depriving them of any freedom to roam. At the same time factory farming swallows entire landscapes by turning green fields into industrial sheds as well as polluting air, water and soil.

After a lifetime of routine confinement – whether in pens, crates, cages or tanks – disposable food trays become the final enclosure to accommodate and display beef, pork and poultry, as well as fish and seafood, once processed and ready to hit the shelves. To some extent, these sealed containers become a reflection of the sheds that dominate farming today and the aesthetics of modern agricultural landscape.

With this in mind, my photographic sculptures mainly combine pictures taken at local supermarkets with site topographies of real places across the United States. The USGS National Geologic Map Database is one of the most comprehensive resources and inspirational sources for my work. I usually search the database for toponyms bearing a relation to the pictures taken. Far from arbitrarily pairing form and content, I then identify the most suitable from among the given maps to sculpt the photographs’ bodies. Just as the supermarket’s brand name «Alcampo», each place name or subtitle becomes a slogan to allegedly convey the corresponding landscape’s inherent natural beauty. But instead of aesthetically pleasing landscapes, we gaze at their tragic and perverted parodies that expose the uncomfortable reality of modern food production and consumption.

Modern lifestyle has deprived us of meaningful contact with wildlife and our natural environment. Some children have never seen or touched a real cow in their life, but are perfectly familiar with fingers, patties, meatballs or even Mickey Mouse shaped minced meat. Most people have no idea where their food comes from and most likely don’t even think about it. Humans were once successful hunters, but just as we domesticated pigs, sheep, and cattle, we tamed ourselves. Insensitive to fur and feathers, we prefer the cold touch of styrofoam and cellophane instead. But if we do not even notice them, how can we possibly give the animals the respect they deserve?