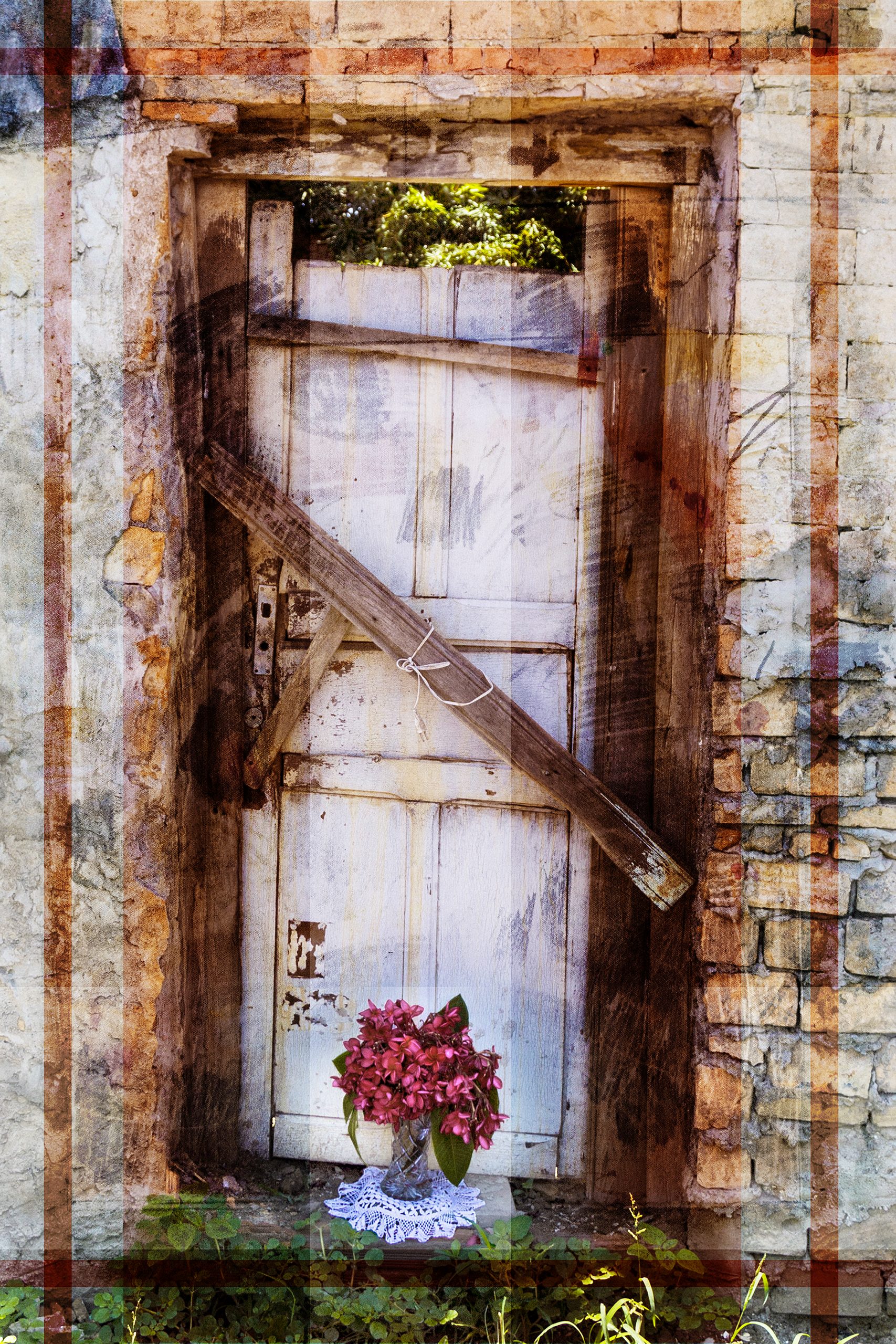 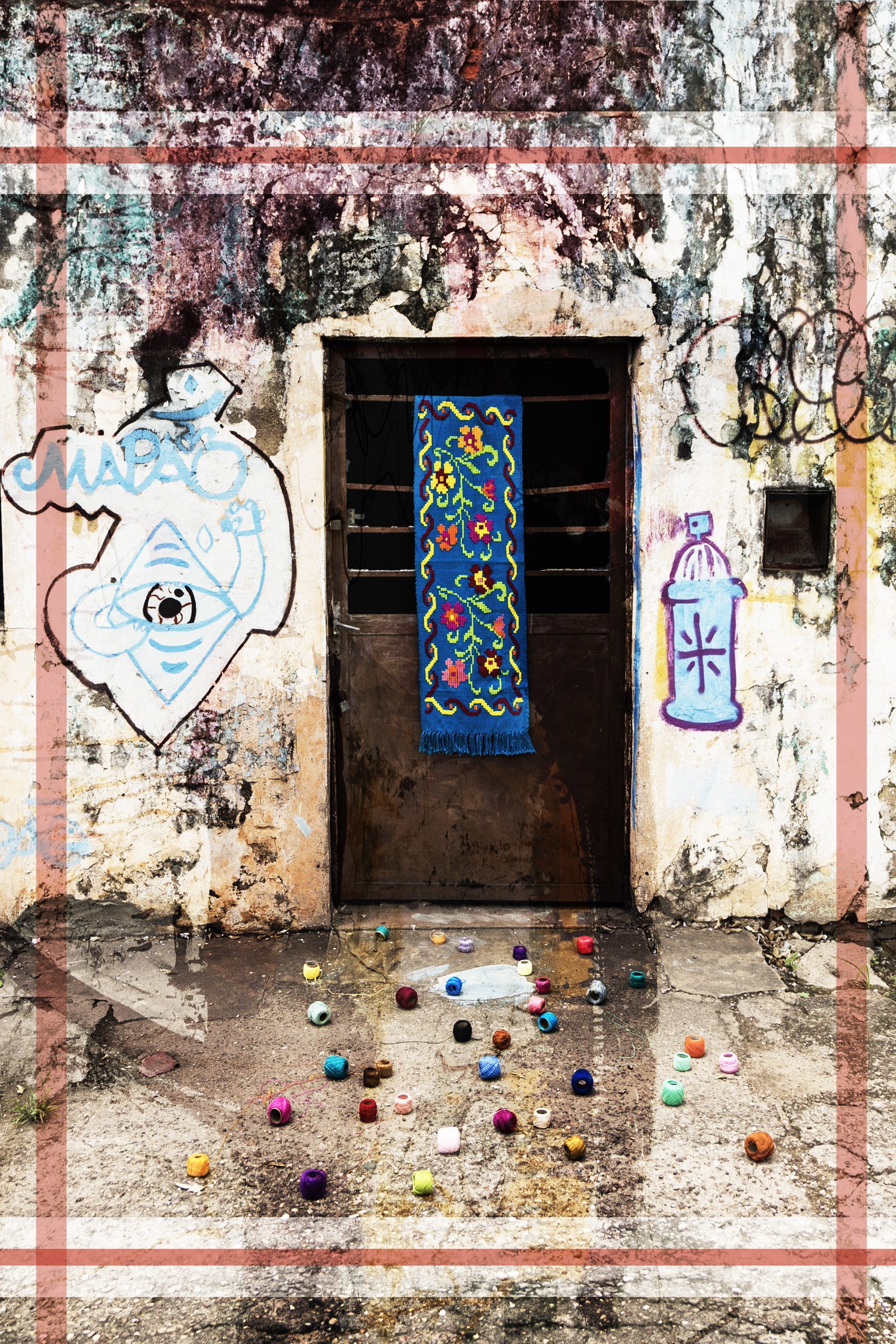 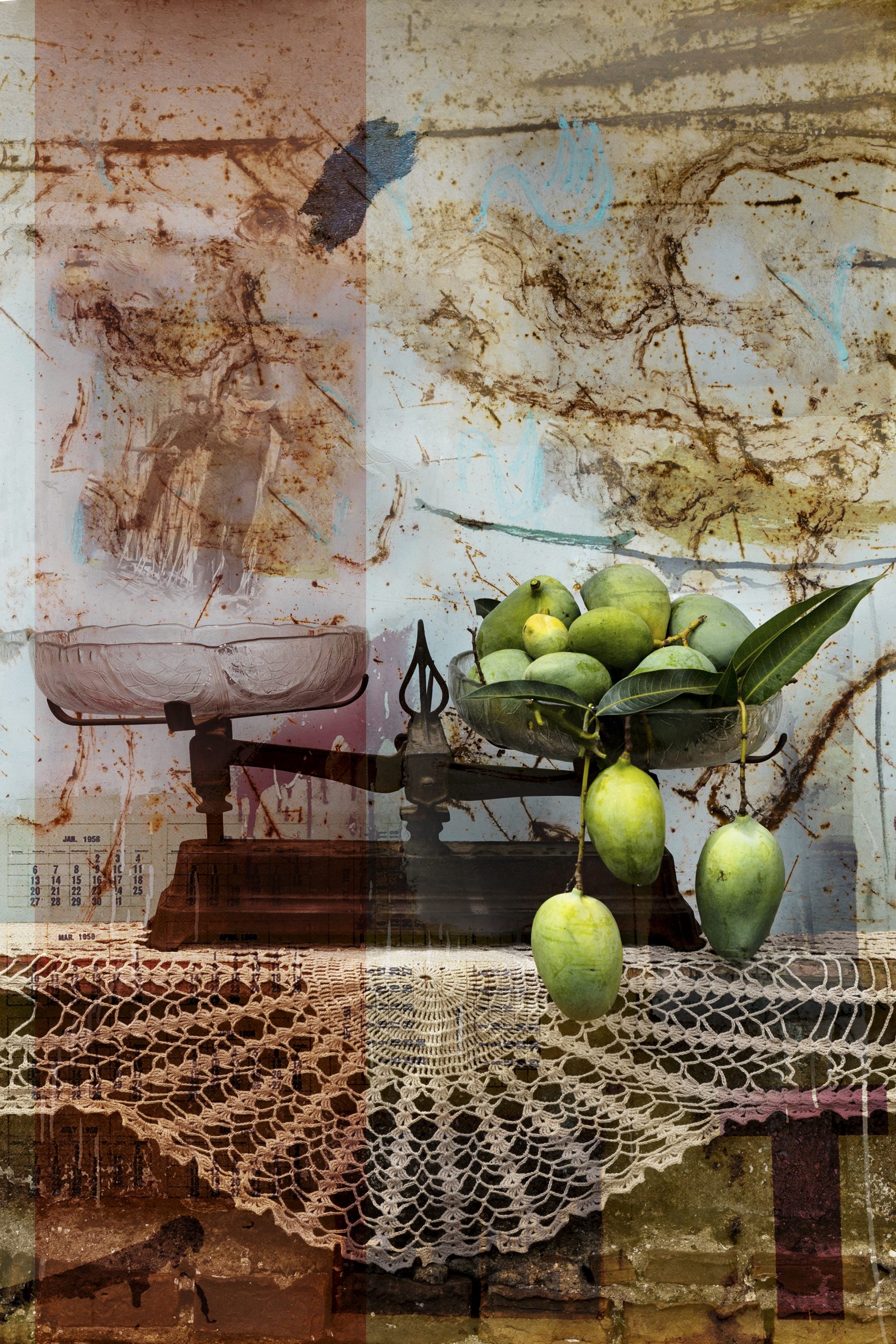 The secular Porto district was the entry point to the city, which occurred exclusively by the banks of the river. At the time of the colonizers of Brazil (1719), the indigenous people who lived here called the Kyvaverá river, the river of brilliant otters, giving rise to the name Cuiabá and the name of the city. Today, with the process of environmental degradation (deforestation, fires, pesticides) these animals no longer exist.
This work showed in Porto the wounds exposed by the degradation of historical heritage, often invisible due to the social anesthesia process that we are going through. When photographing abandoned buildings and land, I try to denounce the loss of memories and the neglect of architectural, environmental, material and immaterial heritage.
In the semi-dead places, in the alleys, in the collapsed walls, in the cut tree trunks, in the tied doors to keep standing, I put crochet cloths, flower pots and household objects, creating scenarios, like someone who takes care of their home, like a way of mapping affections and paying homage to the neighborhood that originated the city that welcomed me, as a migrant from the south of the country.
Walking, as an aesthetic procedure and performativity led to the creation of hybrid photographs, in 2018, where I merged the memories in my hometown (Porto Alegre) found in my family’s archive with the neighborhood memories found in historical books, taking on a new meaning. for the celebration of the 300th anniversary of the city of Cuiabá, in 2019.

About me
My name is Mari Gemma De La Cruz, I started my career in visual arts and photography in 2013, at the age of 50, before I was a pharmacist. I have lived for 30 years in Cuiabá, the geodesic center of South America, where I developed a biopsychosocioenvironmental look. My process is based on performativity, making self-portraits and interventions in urban spaces. I have developed works that move in the field of affective cartography of internal or external affective territories, which provide psychic traces with an interface to my biography, linked to the female universe and environmental issues and their time-space relationship.