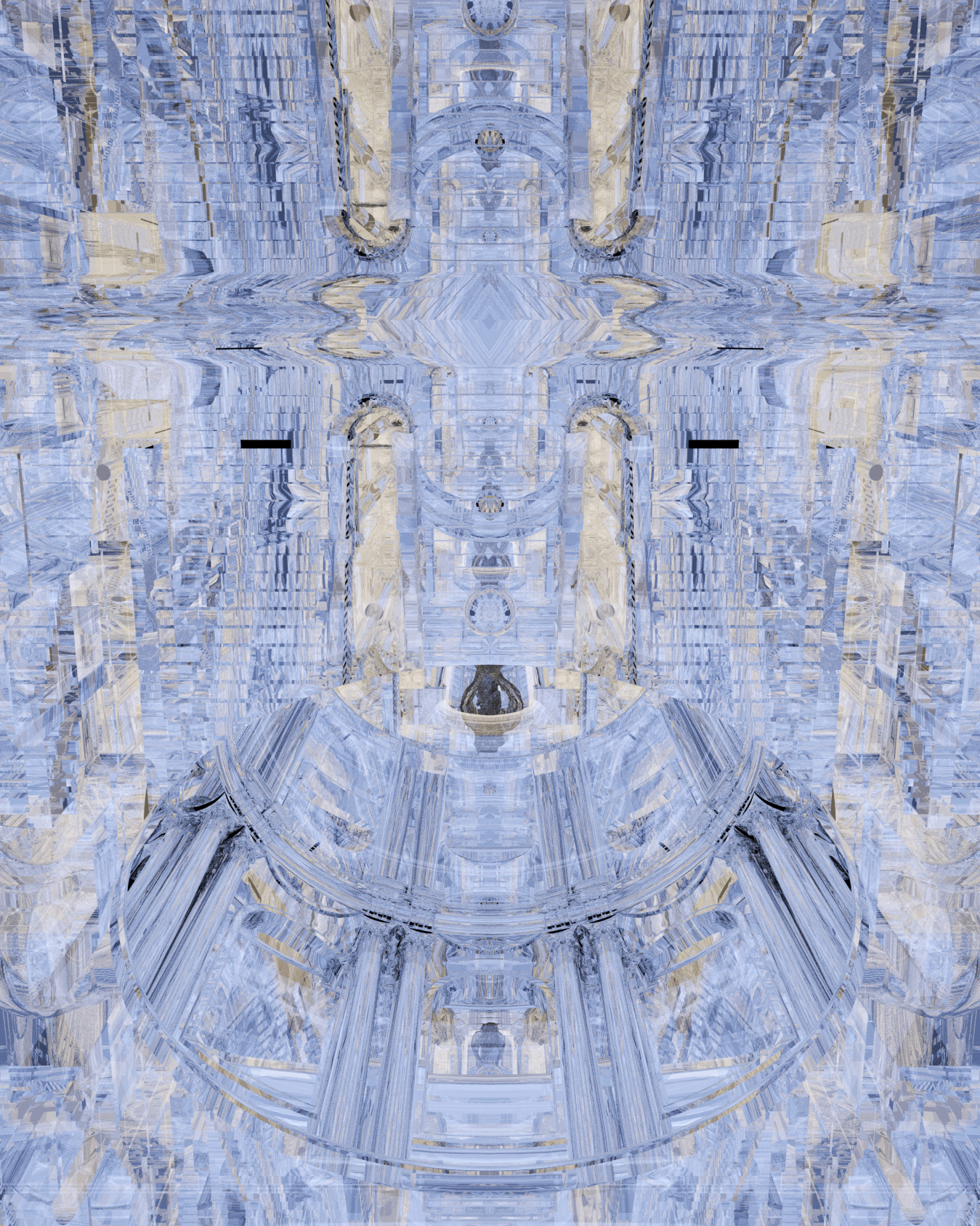 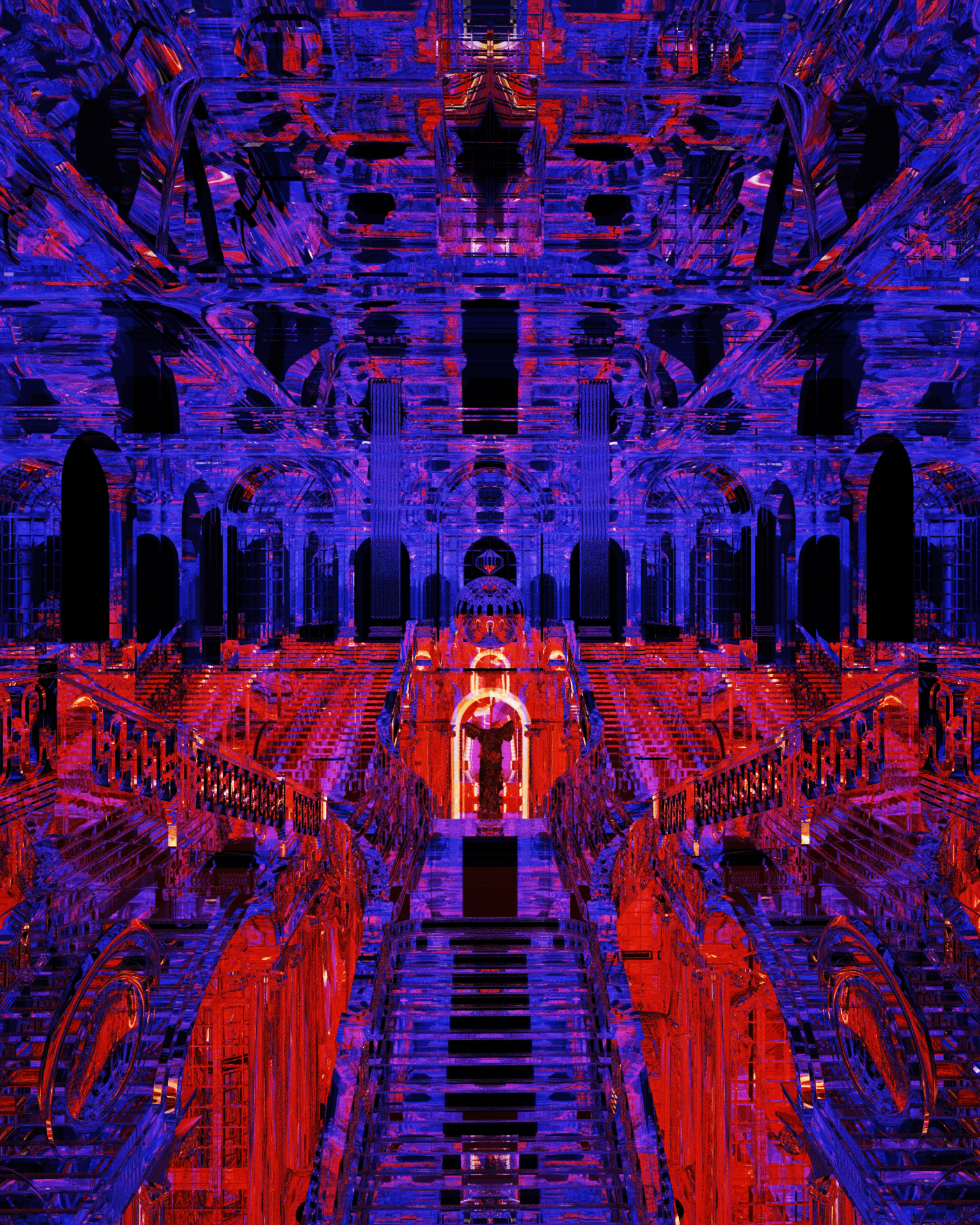 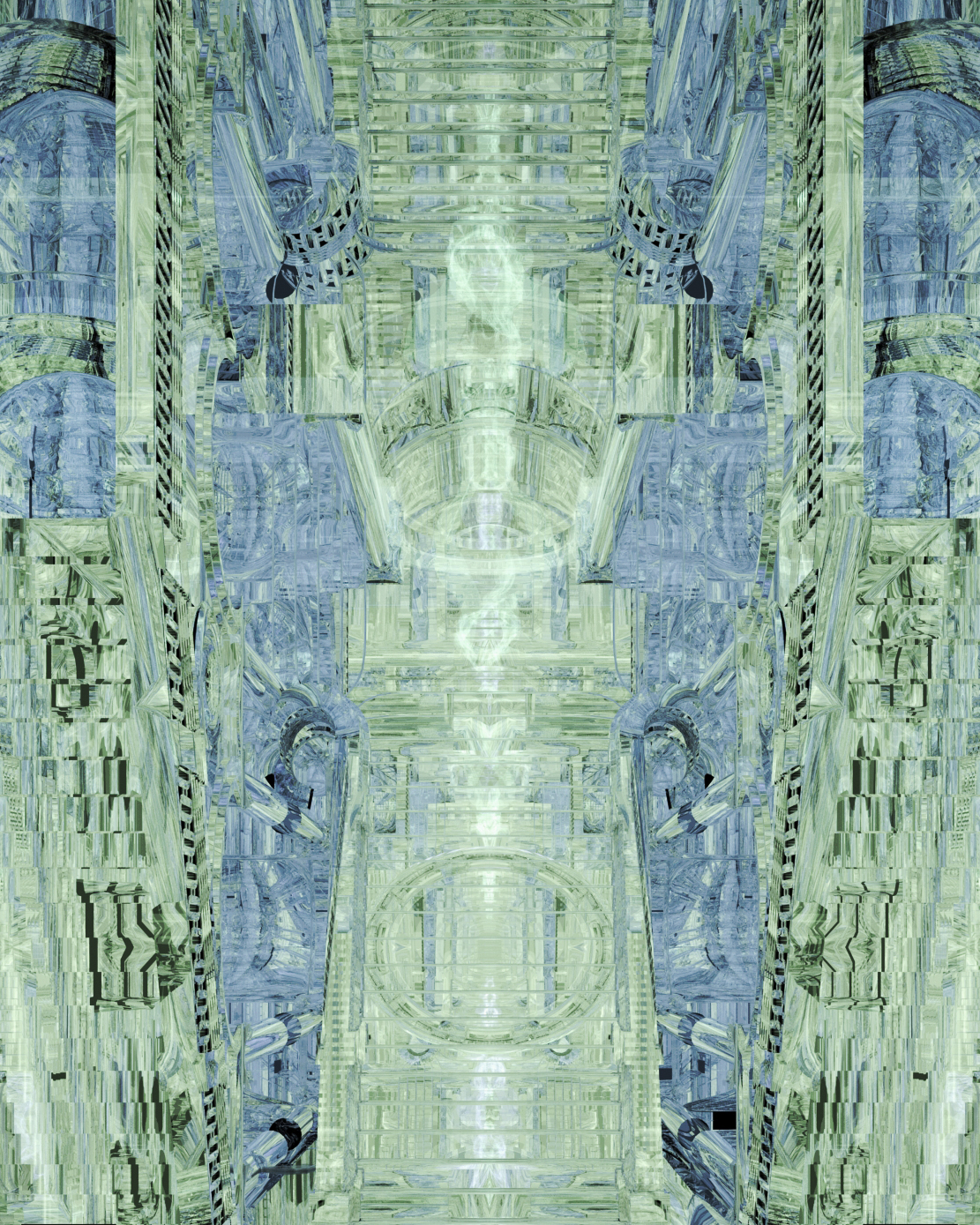 The artworks are the result of a search and conversation between artist and the machine. The end result is never envisioned beforehand but is formed through curiosity and experimentation with materiality, form and space. What happens if we let conventions take a walk and we impose new rules and aesthetics through the digital means provided by the machine. Materiality that suddenly can have imaginative parameters, never to be found in nature. Forms that do not make sense in a physical realm and can only exist digitally. Space that becomes endless inside this machine, not having to serve any function, not being inhabited by anyone, but only the mind. Serving as a glimpse into future digital spaces which we will inhabit in the same way that our mind now inhabits two-dimension space through screens. The artworks itself are three-dimensional, they could be experienced in virtual reality, however the computing power we have today is not sufficient enough to bring these into realtime existence yet. Thus the three-dimensional space once again becomes this two-dimensional plane representing this higher order dimensionality. One image, curated by the artist, that represents the conversation and discovery had by the artist and machine. It‘s as if some higher order reality shines through in the artwork. Trying to understand them is neglecting the completely unstructured and impulsive nature by which the artworks come into existence. There are no lines being deliberately drawn this time, no paint brush strokes being put on canvas by the mind. Every step and evolution made in the artwork can be completely undone in just a few clicks. In just a few clicks the whole artwork can change it‘s tone, setting, feeling, look, width and length. Nothing about the artwork is fixed, and with every movement the artwork could look completely different. However you as a viewer can see this one image fixed in scene, time and purpose. Just as reality that could take form in every possible way.