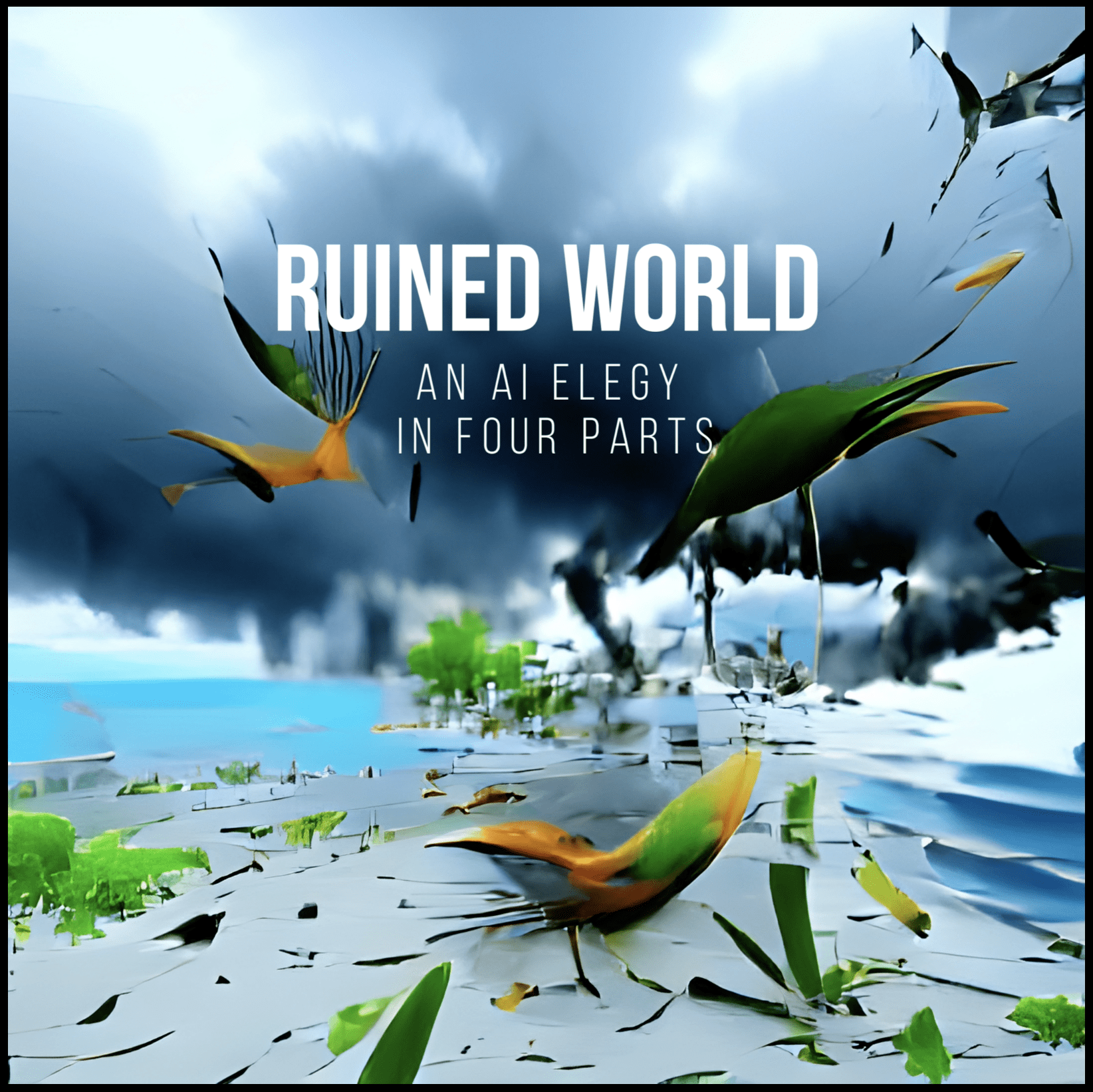 Logline:
Artificial Intelligence creates a visual poem about a post-apocalyptic world where human civilization has been erased by environmental collapse.

Synopsis:
„Ruined World“ is a short experimental film generated by artificial intelligence (AI) in collaboration with award-winning contemporary artist and director Zoran Poposki, FRSA.
In a post-apocalyptic world where humans have been eradicated due to planetary-wide environmental collapse, an artificial intelligence ruminates on the nature of existence through a visual poem.
The visuals are a series of AI-generated artworks created by Polyptech (Poposki’s creative alter ego in the Metaverse ) through text-to-image synthesis utilizing a neural network. The neural network has been trained by Polyptech through thousands of iterations to generate visuals based on a string of keywords associated to climate change, such as the Anthropocene, ecology, nature, etc.
The text is an AI-generated poem co-written with Poposki, based on the text of Henry David Thoreau’s reflection upon simple living in/with nature, „Walden“. The AI uses a generative text model developed by Open AI, leveraging machine learning and deep learning to achieve the generation of natural language. The resulting AI poem is then read by an AI text-to-speech voice generator.
The music in the film is a generative sound piece created by an AI music algorithm trained on Johann Sebastian Bach’s Chorale BWV639 (Choral Prelude in F Minor).
Inspired by Andrei Tarkovsky’s films „The Mirror“ and „Solaris“.