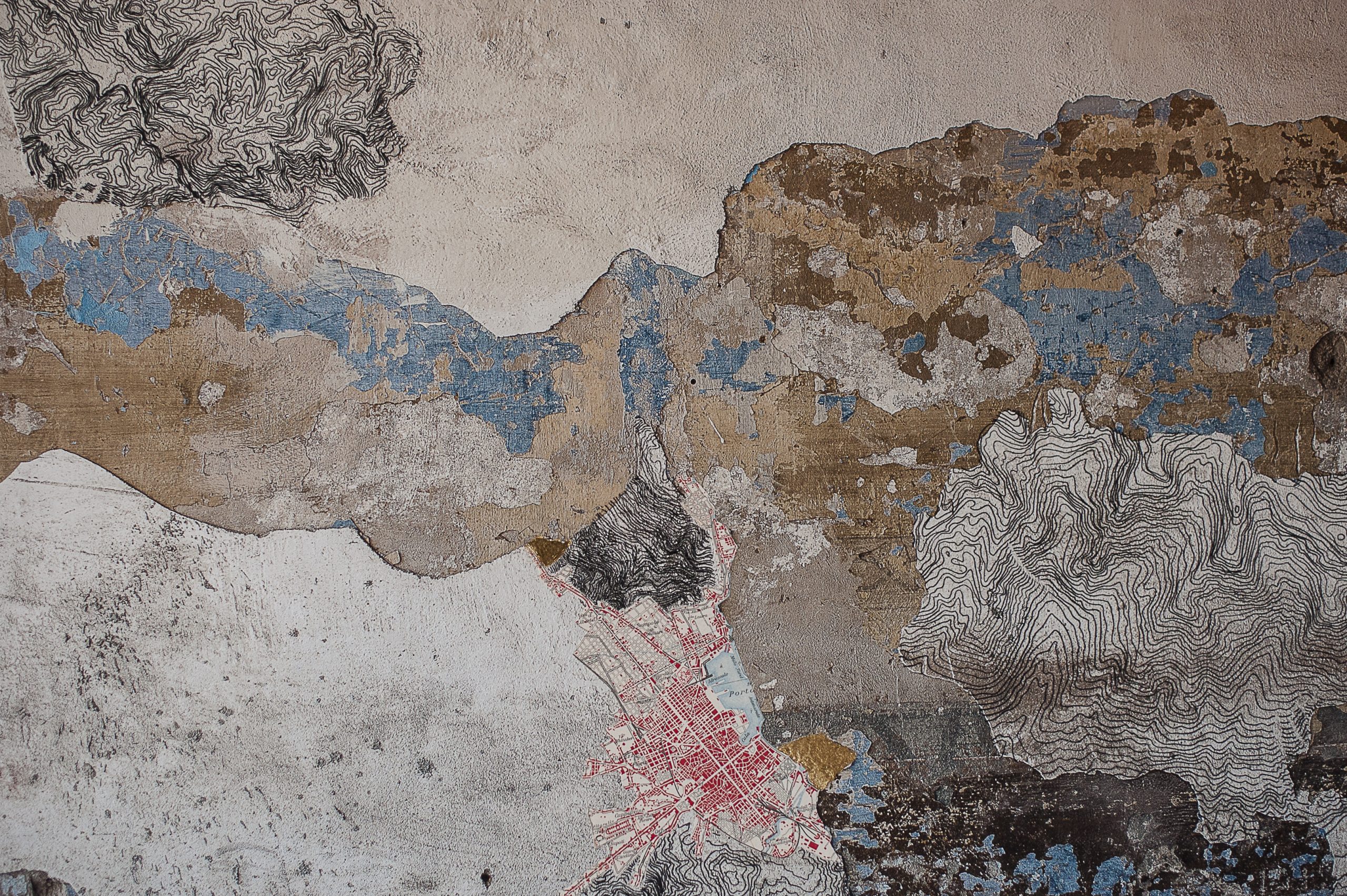 Tension lines
Life beyond the border: the constant flow of masses moves social groups and geographical lines modifying world order and cultural structures. Thus we move towards a globalized world whose fundamental aspects affect the nature of man, primarily as an individual. Of this flattened conformation, in which specific realities have lost connotation, the art has already presented the model. All the primary aspects of this new set-up are present in the project Power lines by Erjon Nazeraj.
In the artist’s organism, the consideration on the world labile boundaries and on the identitary ones is metabolized.
With the project Tension lines, Nazeraj intervenes on the geographical and political structures of the whole world. Starting from a flaking wall, he creates a map where at the same time it is possible to see joined together deserts and jungles, beaches and cities, volcanoes and material crusts, from the Apennines to Madagascar. Everyone approaching the works will find  his own world and also the awareness of the distortion of the current one. The reality is pacified, resettled in a human equilibrium, but always precarious, as underlined by the massive and purulent Volcano of one of the works.