In VR we trust

The Grass Smells So Sweet 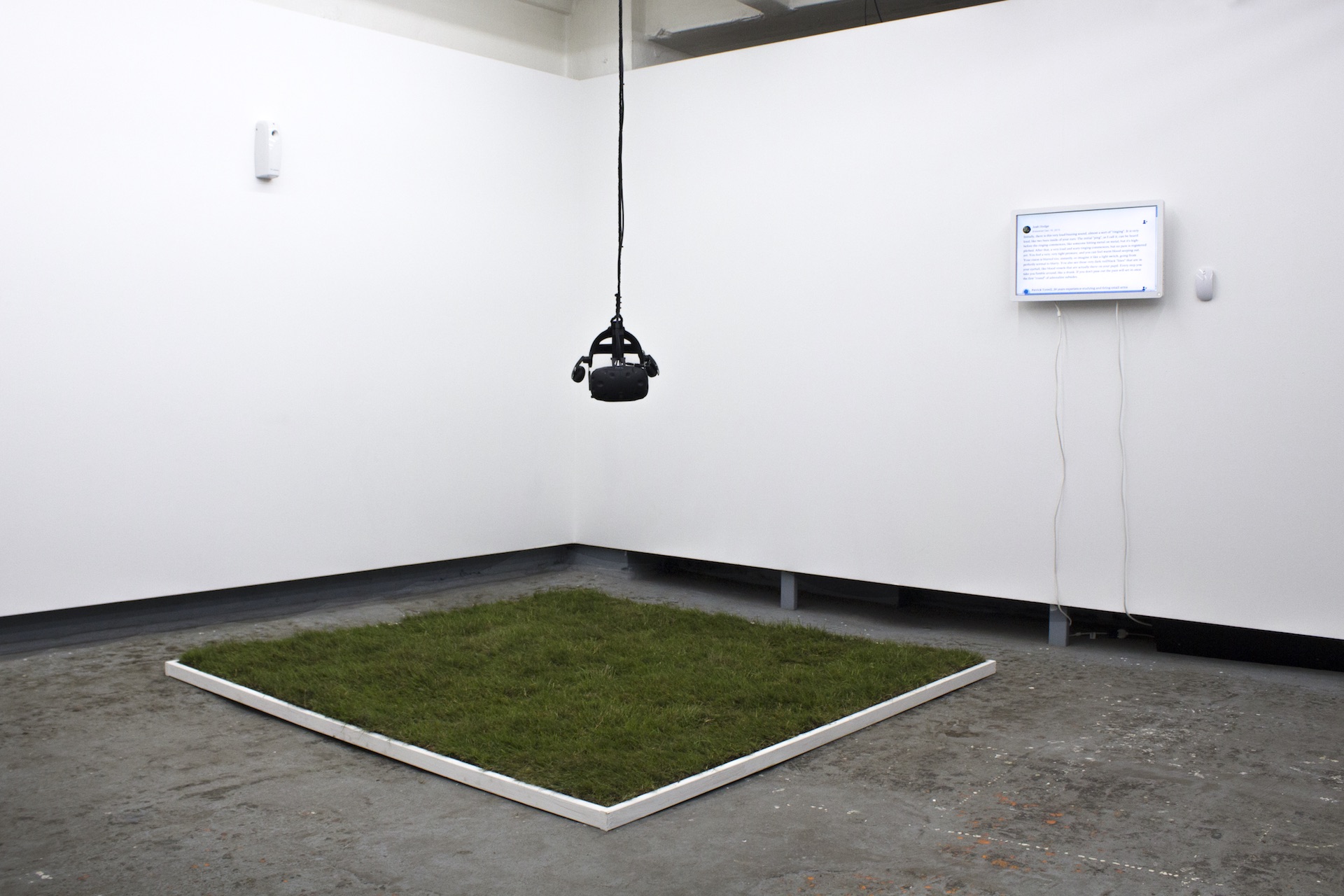 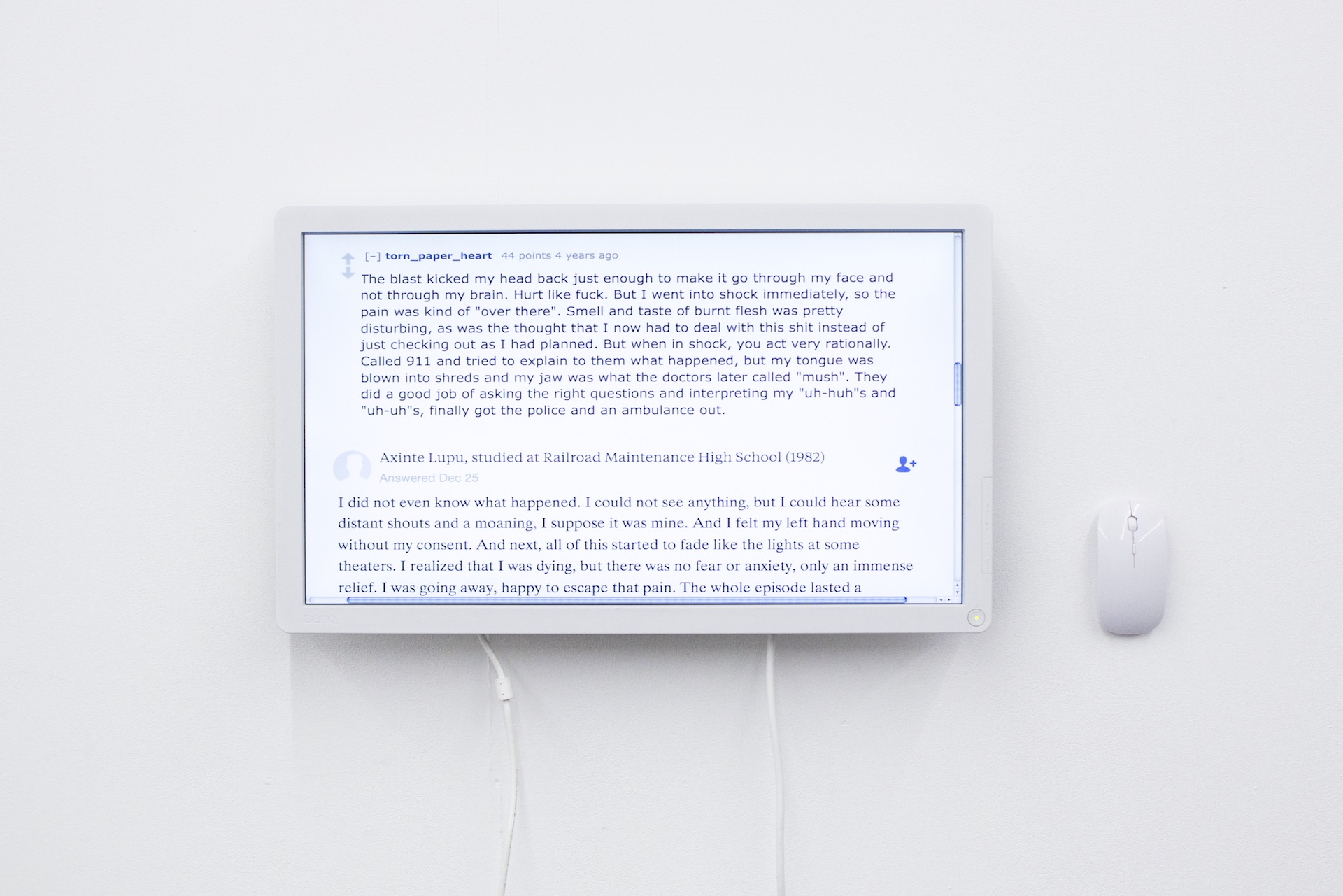 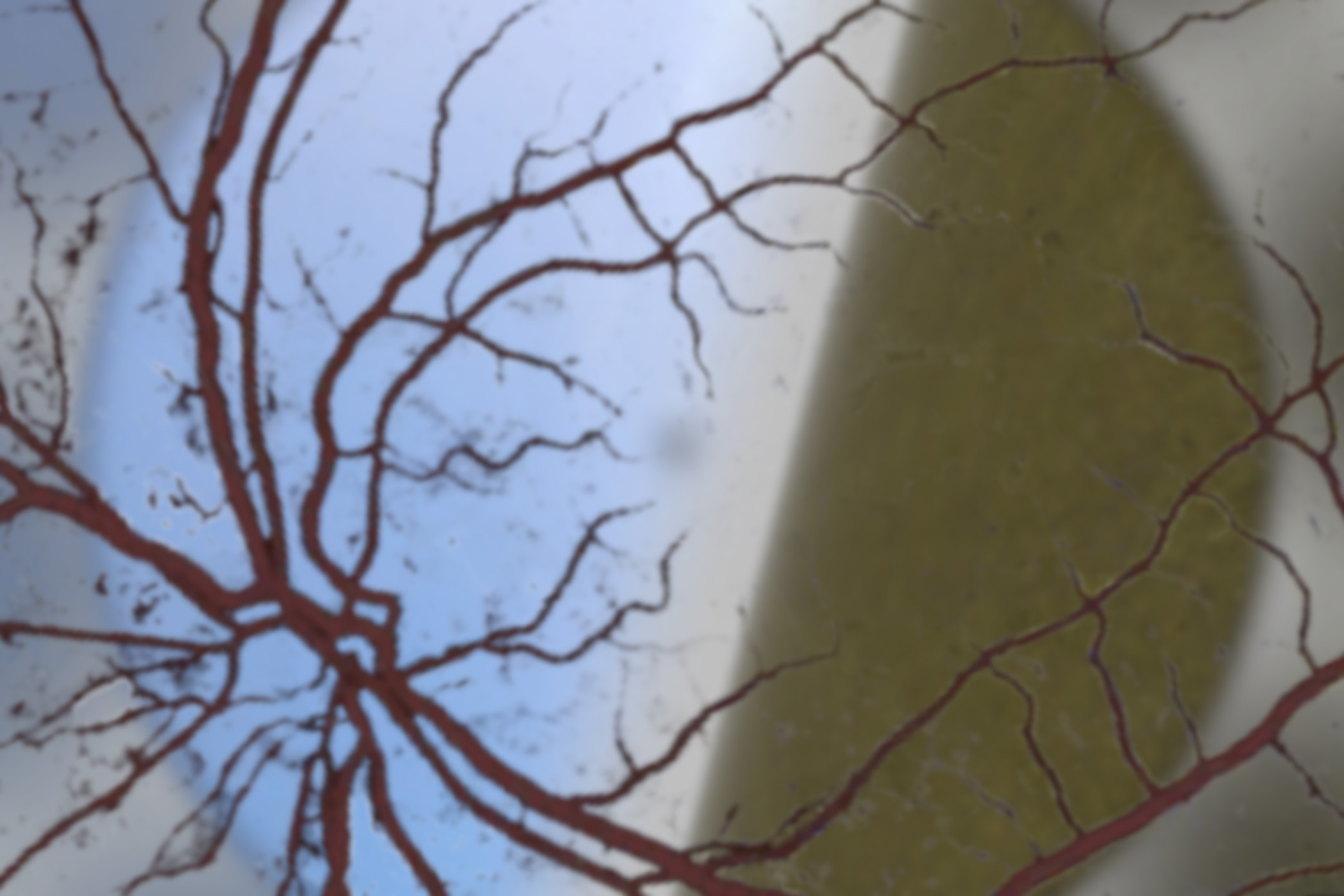 The headshot kill has a prominent place in representations and imaginations of violent death in Hollywood cinema and video games. Seemingly influenced by this, Q&A forums like Quora and Reddit regularly feature questions about the experience of getting shot in the head with a firearm. The answers written by survivors give a diverse range of visceral, yet colourful accounts of shock, surprise and pain. Many of the answers – the vast majority of which are written by men – suggest a sense of authority and bravery from the side of the narrators, while others (often anonymously) disclose vulnerability and trauma. Characterized by the particular negotiation between public and private performance of online forums, these threads give insights into the ways in which people’s continued occupation with the physical body in relation to violence and (fear of) death is mediated and processed in a digitally networked culture.

​The Grass Smells So Sweet processes a collection of found texts from Question & Answer forums Quora and Reddit, which respond to the question “How does it feel to be shot in the head?” The texts, written by people who survived a headshot, are played as a scroll on a large monitor. A VR headset installed above a patch of living grass gives access to a simulation based on respondents‘ attempts to describe their experience, while an electronic aroma dispenser emits a synthetic smell of freshly cut grass. The title of the work is taken from an account of a mock execution in one of the found texts.

Relation to open call:
This work positions VR in traditions of digital culture, rather than film and photography: it remediates text-based exchanges from online platforms, focused on phenomenological experience. Thus, it diverts from commonplace film-based VR practices that implement visual narratives based on representation. The phenomenology-driven approach of the work also means that it is an exploration of ways to use VR in the context of the strategies and aesthetics of contemporary art, rather than cinematic spectacle. The visual starting point of the work – an endless field of grass under a blue sky – is kept deliberately simple to challenge (or frustrate) audience’s expectation of high-fidelity representational environments when they put on a VR headset. Instead, the actual event of the work concerns an incident that is arguably beyond representation; as the forum texts that constitute the basis of the work already show, near death-experiences can hardly be approximated through mediation, be it through text or a VR environment. Instead of promoting a promise of VR as the way towards technological immediacy, this work engages with the medium’s limits.