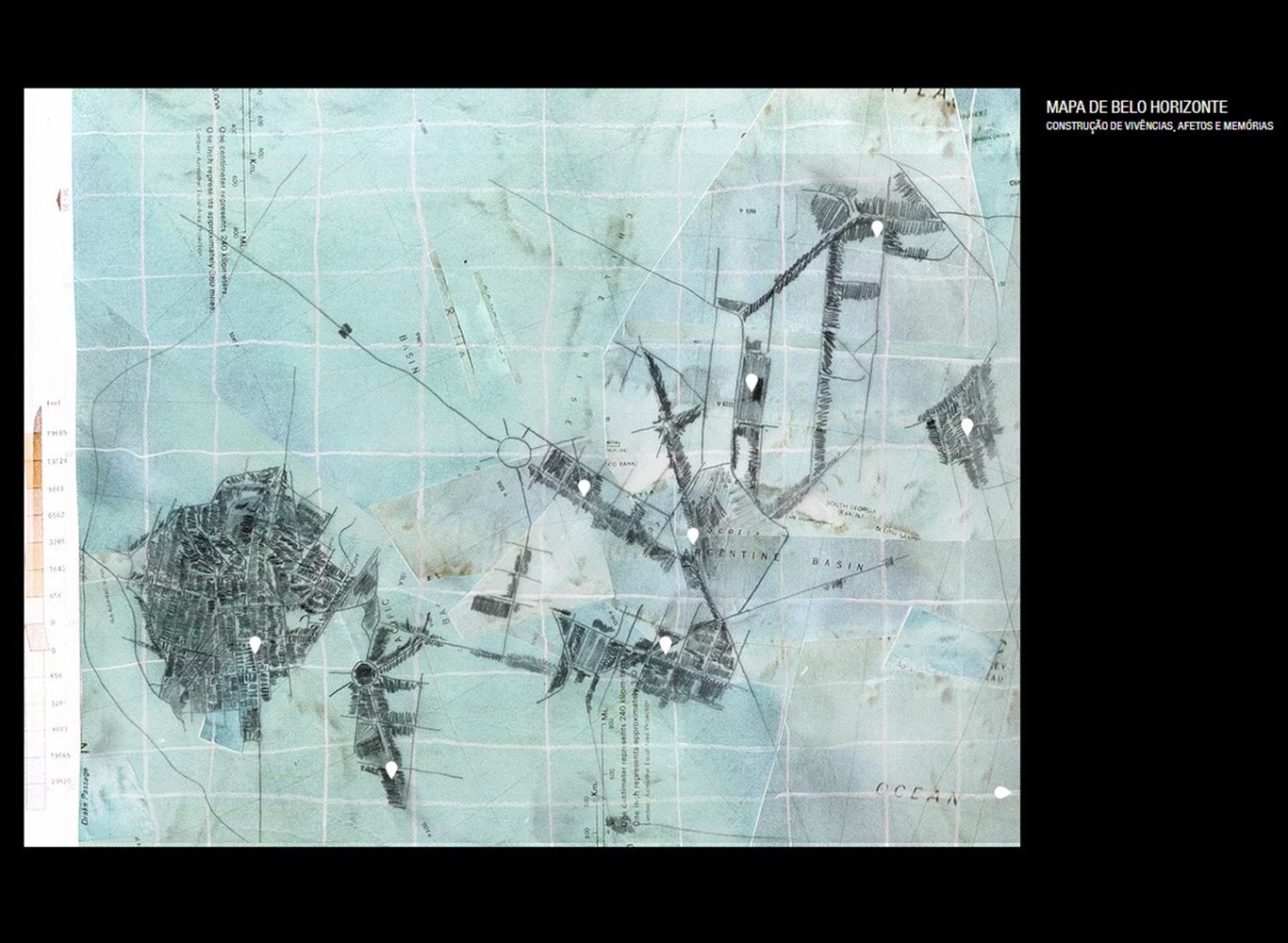 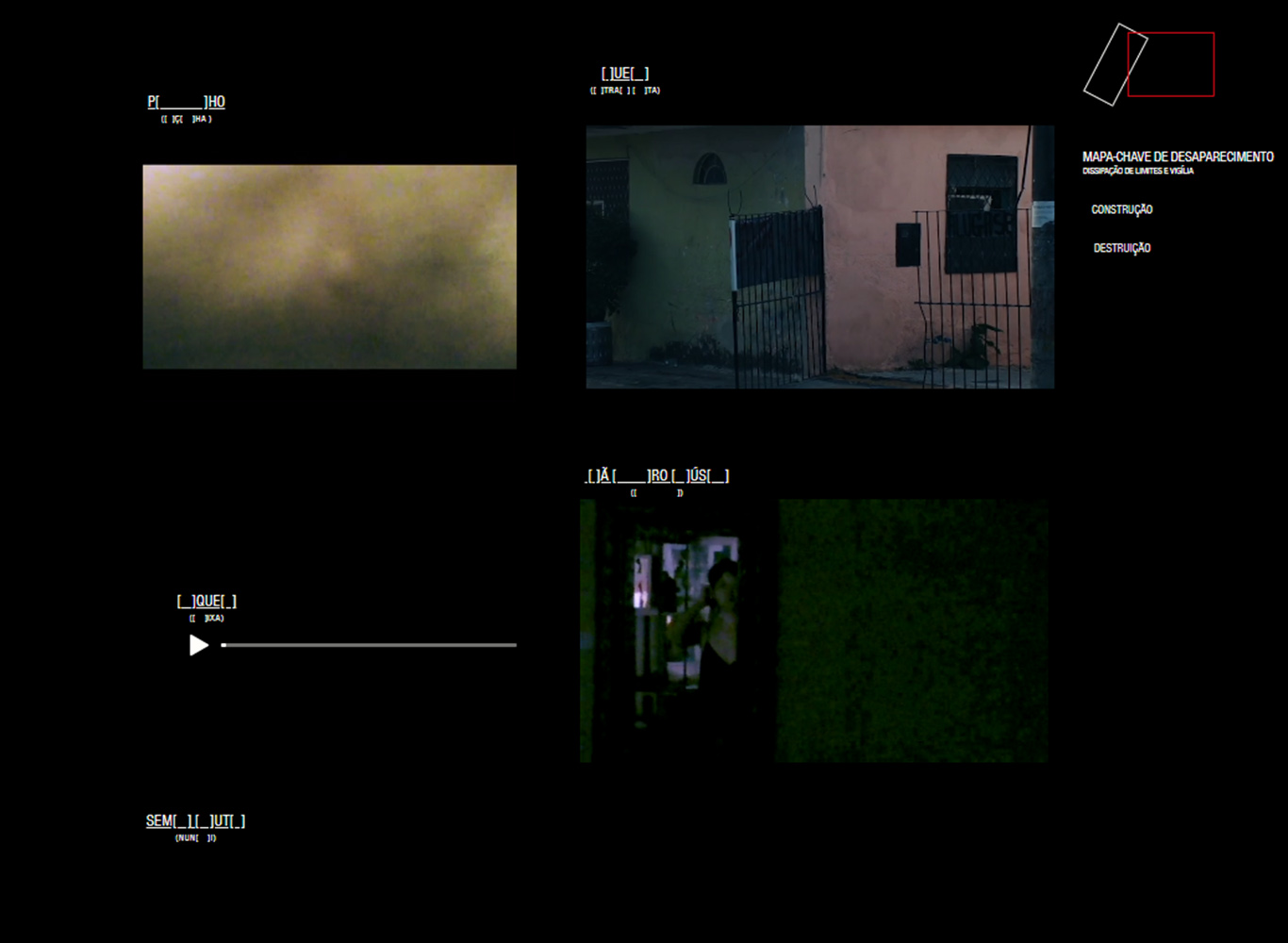 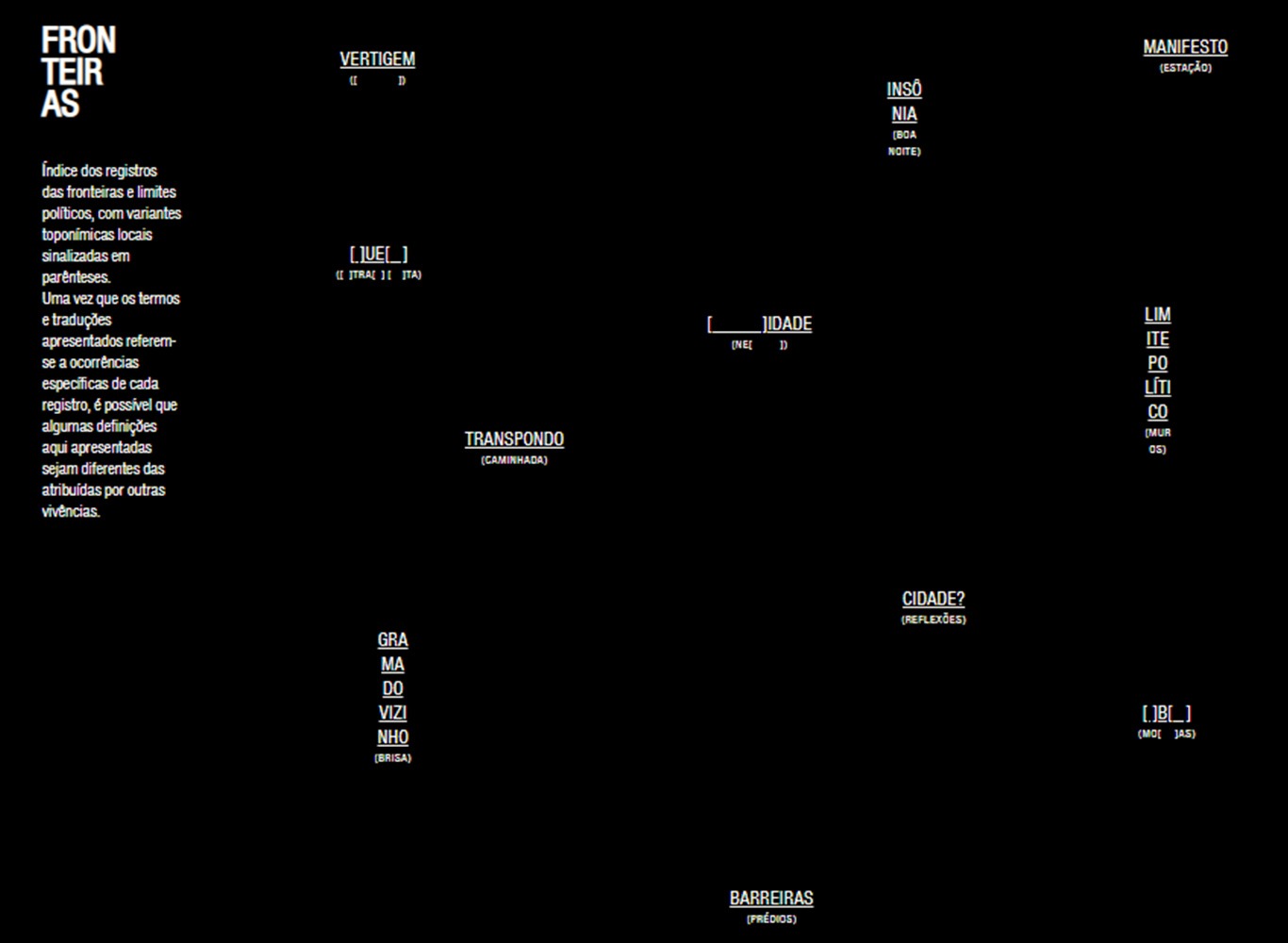 “Um atlas dos deslocamentos do corpo” (“An Atlas of the Body in Motion”, 2020), is a digital and experimental atlas of the cartography of my experiences and my perceptions in the place I live in.

This project addresses the relationship between imagetic registers and architecture to explore the impacts of the image on how we conceive, perceive and understand architecture, space and territory. Following the philosopher Merleau Ponty and the architect Juhani Pallasmaa phenomenological approaches, the relationship between body and space is understood through the body’s sensual stimuli when experiencing the environment. This creates a specific and an individual perception of the territory, which molds the body and changes one’s relation to space.

Throughout history, imagetic registers and other kinds of visual representations of space played an important role in communication and in the development of concepts and ideas. Architect Bruno Zevi, for instance, argued that visual representations are an important tool in the learning process of architecture. Although we are surrounded by architecture, we tend not to fully experience it, but rather to consume it through images, information, plans and labels, that largely tend to the political and economical interests of a small but influential elite.
Daily life has been furthermore permeated by the constant presence and consumption of these images and information, mainly mediated by social media and technologies such as smartphones, tablets and smartTVs. In this context, images are no longer representations or symbols that need to be decoded. Rather, people live through images which become the reality itself, a process that philosopher Vilem Flusser has named “idolatry”.

Therefore, considering political, social and economic contexts and the changes caused by technology and social media in contemporary society, it is important to question: how could imagetic registers and other kinds of representation work as a tool to communicate and to understand the diversity of perceptions in space, and not to substitute these experiences?
I propose mapping as one of the answers to the question. Following architect Heloisa Neves, to map is to comprehend how humans relate to and understand the world while living in it. If cartography is a result of personal, political, technological and ethical values of a specific group or period in time, it can be subverted in order to give rise to narratives, and not to be disguised with a false neutrality that maps are considered to have. By experimenting with different kinds of registers I create a cartography of my own perceptions of living in my home and in my city, in order to understand space while living within it. Using videos, sounds, images and text, I create a narrative from the fragments of my own experiences. I move my body from the static and outsider position of contemplation of the image towards a learning process emerging from within the memories, movements, places and temporalities.

The website works as an atlas of my personal experiences. The maps that comprise the atlas follow no particular order, despite the continuities that might exist in the information contained in them. The full meaning of each map, of each piece of information, can only be achieved by the reader by incorporating their own interests, questions and desires. It is, I believe, through this encounter of narratives, perspectives and experiences, that map-making unleashes the critical and potential knowledge to challenge the imagetic status quo and our current understanding of one’s relation to architecture, territory and space.