We are all one speck seen by the stars 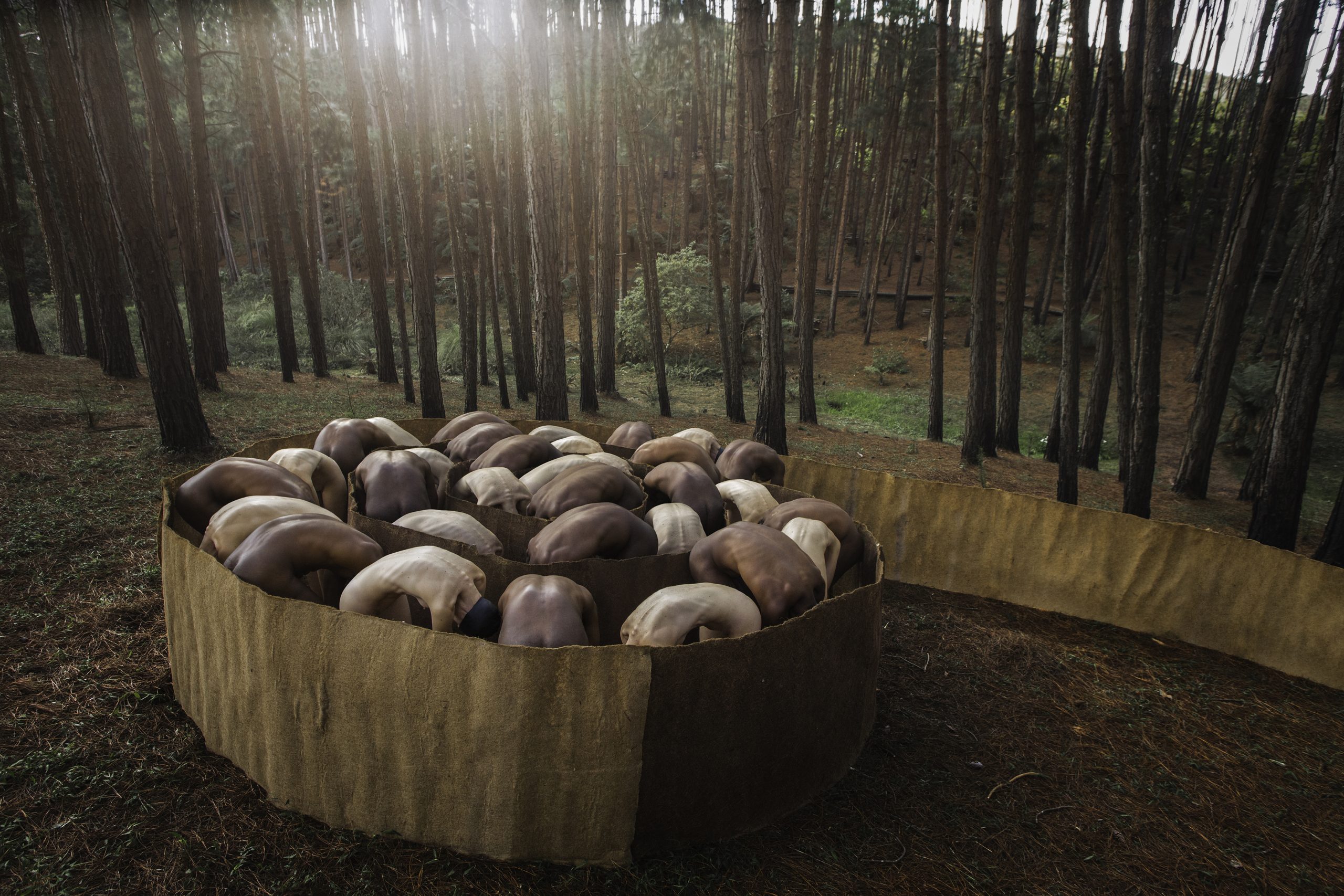 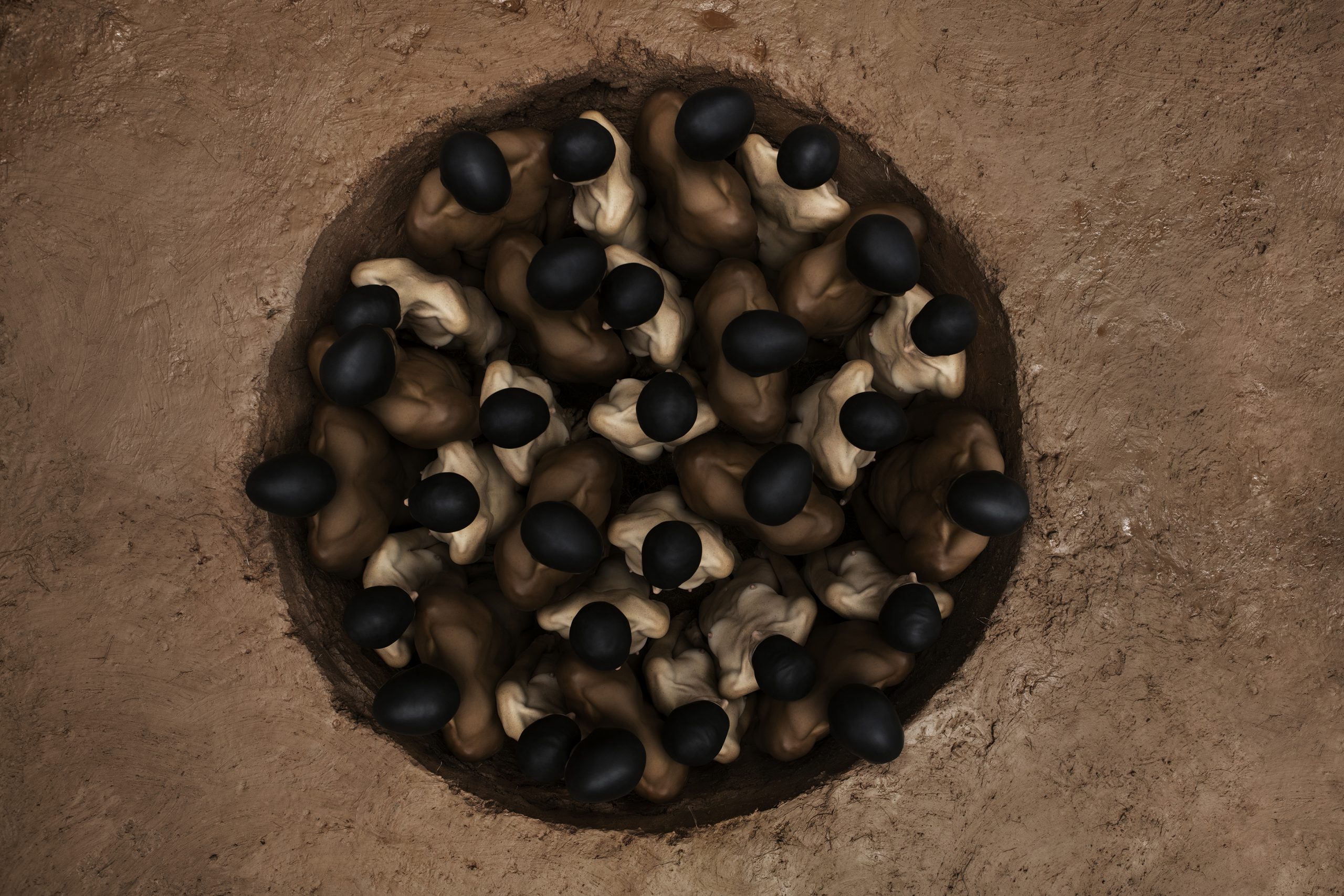 Sonia Dias
1964, Nice -France
Lives and works in Sao Paulo, Brazil
Brazilian artist Sonia Dias creates expressions in plastic of a subjective view human existence. Her viewpoint puts humanity as a small phenomenon within the complex structure of the universe. Her work develops its themes around the notion of connection, embracing issues such as the relationship of man with himself and with his surrounding, and with the idea of our finitude. Dias is deeply interested in the expansion of consciousness and shifting perspectives. She intends her work to have multiple layers of meaning, and infinite possibilities for interpretation. In her words, “My art aims to not to have a single perspective, to be timeless.”

About the Project
“We are all one speck seen by the stars” is the result of an experimental project that has been unfolding for the last two years and that explores matters linked to humanity, uniqueness, and plural identities. The conception process of the images is entirely intuitive and irrational. It is the fruit of my restlessness – insistent, painful, unsettling, and in need of representation.

The first step was to find, in the physical plane, a visual structure or metaphor that could prompt an observer to participate in a dialogue that arises from ideas such as ethics, totalities, singularities, commonality, and the concepts of our planet, space, individualism, survival, habitation, and so on. The choice of a natural place was paramount to serve as a background for this concretion because I feel we are a dimension and not an extension of the process itself.

The main moment of this creative process happens during a time of immersion in nature. Over this period, we find an interaction of mutual exchange and dialogue, as if there was a little corner where any doubts could be resolved, a true resonance box. From this box, I extract, pierce, return and delve into all the elements and elemental beings necessary to construct the image. I find myself emotionally involved with the people who performed a few scenes from this series. We spoke about ideas that became imprinted in the soul of the project and whose sharing is pivotal for the development of all actions.

I collect logs, small and medium-sized roots, vines, rocks, coconut fibre, fossils and tools for water and ground movement. In the case of people, I juxtapose their bodies as structural and dialectical elements of the composition. An image can be reimagined time and time again. And its resolution is not obvious because I need to see that even if it stems from myself, I have let go of the resolution, and “I” am already someone else, or “us”.
One of the problems in my poetic imagery is in the tension that exists between the processes I undertake and the results that are captured as photographs, between the dynamism and instability photographs bring and the apparent rigidity of the scene they depict. I believe this is a great challenge for visual artists who set out to present their ideas on surfaces considered stationary or static. Overcoming this challenge means facing this dialectic field of images, which forces us to imprint our concepts inside the image – concepts of a passive force capable of breaking out of the surface and reaching the observer with all its intensity.

This series’ proposal is to articulate these points of the work from the composition of free image phrasings that can be observed without the worry of linear or rational reading. As a melody that the visitor can compose himself and that could be read in different layers and directions, making connections to its own reflections.